Wangard Partners, Inc. has announced plans for a new condominium development on the city's east side where Brady Street meets Water Street that calls for up to 250 units.

A Wangard Partners, Inc. plan for a new condominium development that would bring up to 250 units to the site formerly occupied by Habhegger Wheel and Axle, 1701 N. Water St., appears to finally be taking flight.

A press release issued Monday says the project, which first emerged in a much different form a few years ago, will get underway next summer. The first phase of the three-phase plan, designed by RINKA Architects will include as many as 70 condos.

The striking new plan calls for three towers between seven and 12 stories tall that will include one-, two- and three-bedroom units, as well as townhouses that will face the Milwaukee River.

"We’re very excited about Brady & Water because it will provide a great living experience that connects the urban lifestyle of one of the city’s most popular neighborhoods with the natural environment of the Milwaukee River," said Stewart Wangard, CEO of Wangard, in the release. 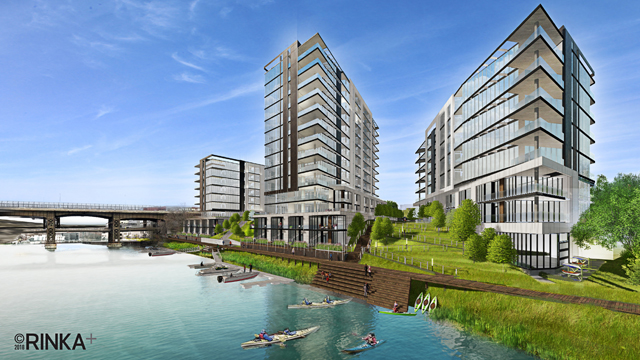 The plan also calls for boat slips and boathouses to store kayaks, boats and other recreational equipment, publicly-accessible riverfront green space and a boardwalk connected to the Riverwalk.

"Brady & Water is designed to engage residents and visitors on the property from its urban side and the river side, enhancing the street-level experience while providing better access to the river itself," said Matt Rinka, a partner at RINKA. 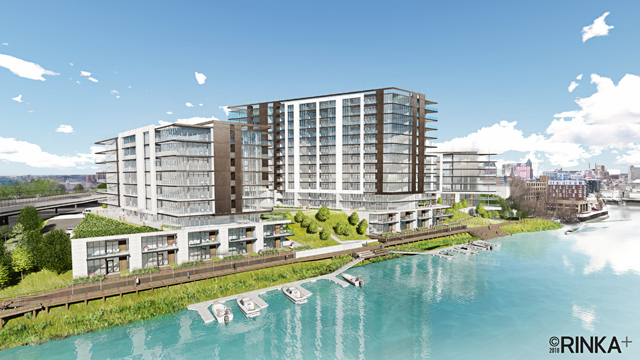 "RINKA has done an outstanding job with the design of Brady & Water," said Jerry Piro, executive vice president of development and construction at Wangard Companies.

"They found a way to unlock the project site’s wonderful natural attributes to maximize connections between the urban cityscape and adjoining water environment. Residents will have outstanding views of the water and the cityscape, including sunsets."