Back in 1996, some folks saw the closing of West Allis-West Milwaukee School District's Roosevelt School, 932 S. 60th St., as "inevitable" and that prediction came true later that year. Now, it seems that the demolition of the building might also be inevitable, though nothing has yet been officially decided.

Back in 1996, some folks saw the closing of West Allis-West Milwaukee School District’s Roosevelt School, 932 S. 60th St., as "inevitable" and that prediction came true later that year.

Now, it seems that the demolition of the building might also be inevitable, though nothing has yet been officially decided.

In January, West Allis NOW reported that the WAWM school board approved the sale of the 38,110-square foot building and its three-acre site to Cardinal Capital Management Inc. for $800,000. The proceeds would go into the district’s cash reserves. 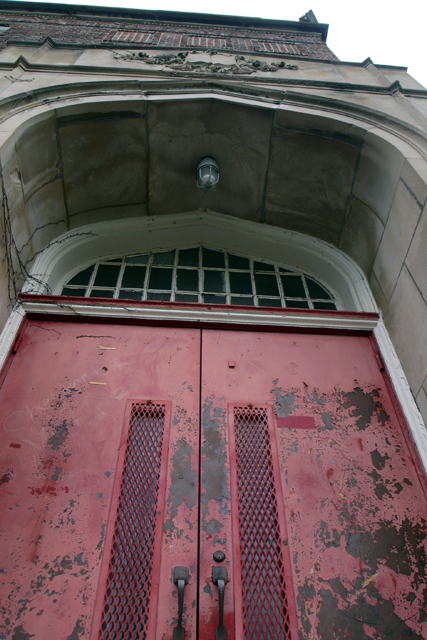 "We’re trying to work through some plans that we hope will be acceptable to West Allis," says Cardinal Capital’s Erich Schwenker. "We’re trying to create some office space for Milwaukee Center for Independence if we can on the site, maybe a bit of housing and a park. But that’s all preliminary. We have a lot of people to go through."

Schwenker says Cardinal hopes to have a solid plan to bring forward within the next 30-60 days.

"To get the approvals this year would be our goal," he says.

Built in 1921 to plans drawn by Milwaukee architectural firm, Lindl-Lesser & Schutte, which also designed Kenosha’s classical revival courthouse (1925), the school was built close to the Milwaukee border in anticipation of development in the area. For 75 years, it was a fixture in the neighborhood.

Back in the day, there were tennis courts and a fieldhouse on the grounds, which today are a mix of paved parking and play lots, a large grassy patch and a playground with a play structure. 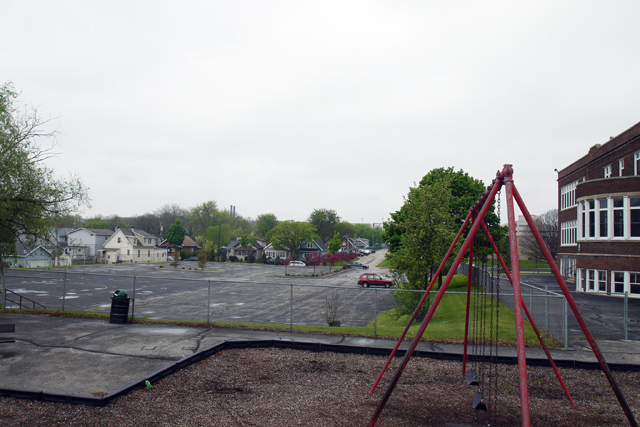 But by the mid-1990s, enrollment was down and the building itself needed work.

At the time enrollment was just 200. 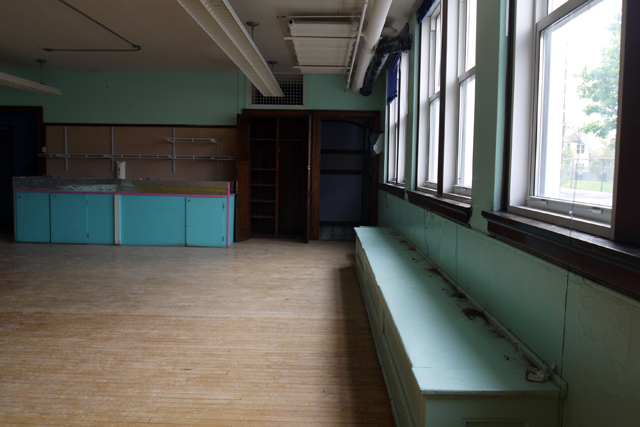 Though petitions were circulated and some on the school board – including then president Carol Garrison – opposed the move, Roosevelt – named, interestingly for Teddy, not Franklin Delano – was shuttered and the students transferred to Washington (now part of Horace Mann).

The building was later rented to a few tenants – including a day care facility and the University of Wisconsin Extension Services – but now has sat vacant for a while.

These days, it’s used on occasion by the police and fire departments for training, which explains the phrase "13 victims" scrawled in paint on a classroom door jamb, the dismembered mannequins scattered around the building and the paintball splatters on the basement walls. 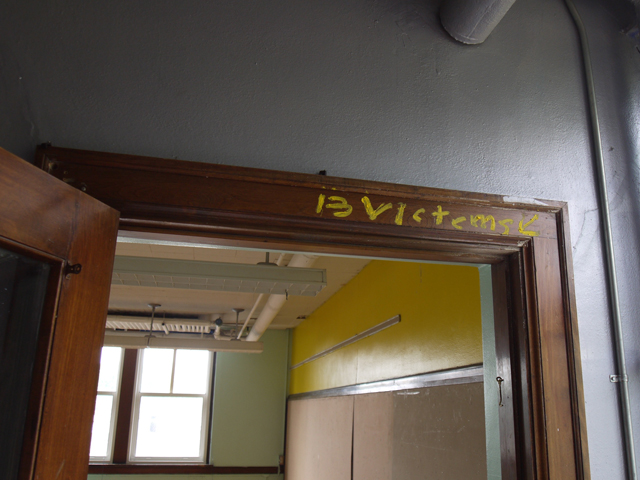 A recent visit found it in good condition and with some interesting features.

Though from outside Roosevelt looks diminutive, it actually feels pretty spacious inside, with a couple surprisingly airy classrooms in the basement, and wide corridors with terrazzo floors on each of the two stories above.

My favorite elements however are the cut stone Gothic arched entry portals, the brick chimney and air intake towers set obliquely into the rear elevation and, above all, the basement gym and the kindergarten room above it. 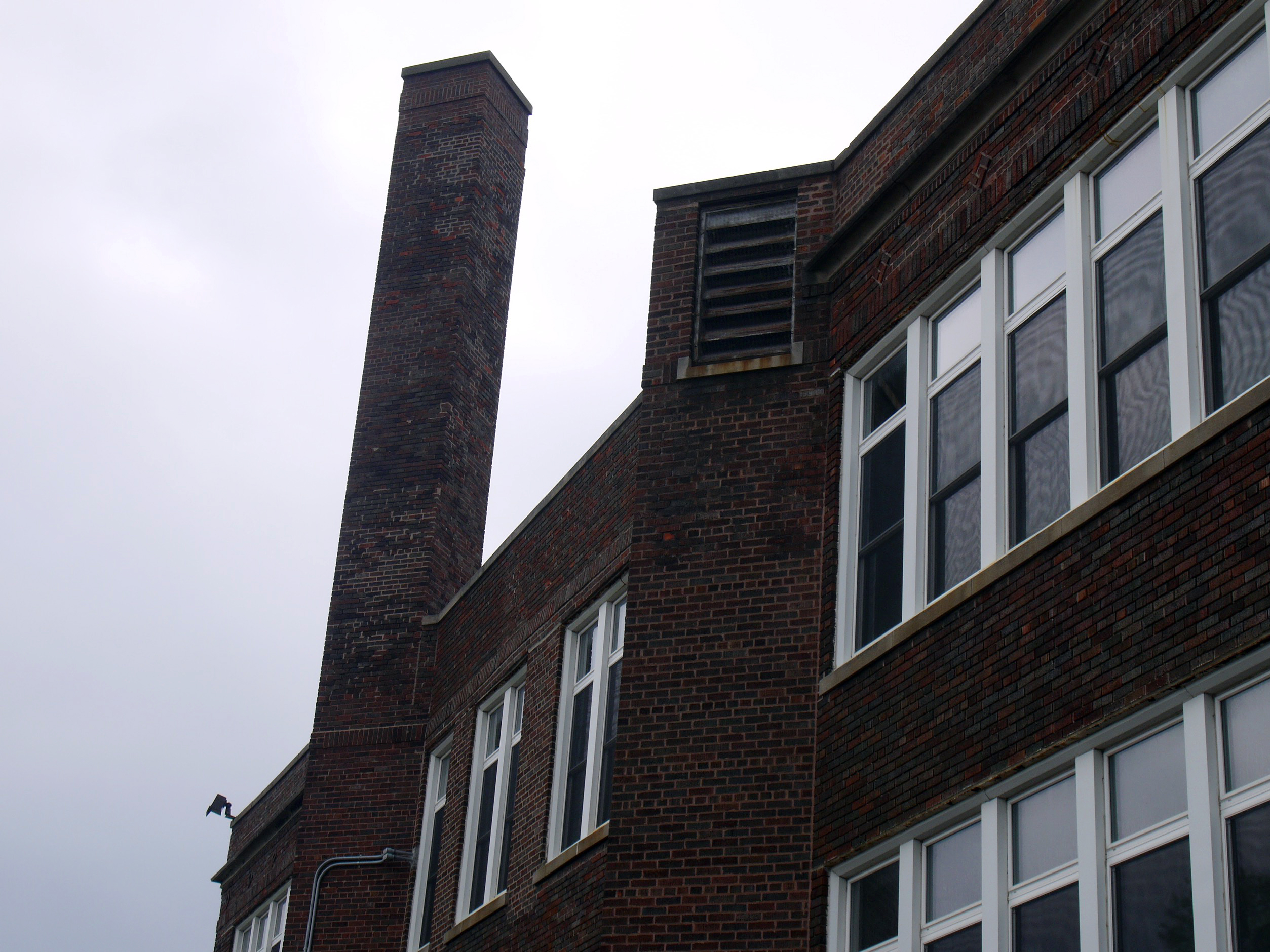 While many schools of the same vintage also boast semicircular rooms, those spaces are typically kindergartens or libraries. At Roosevelt, the lower level of that space is occupied by the gym, which has a stage opposite the windows, and low-hanging basketball hoops.

Upstairs on the first floor is the old kindergarten room with a gorgeous brick fireplace with a heavy, dark wood mantle. The gas jet and soot are proof this feature got some use over the years. 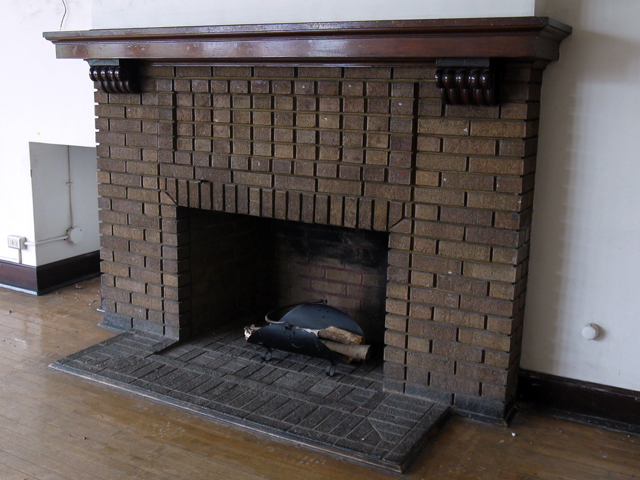 Up on the roof, you can see for miles in every direction. There are views of Miller Park and the Downtown Milwaukee skyline. 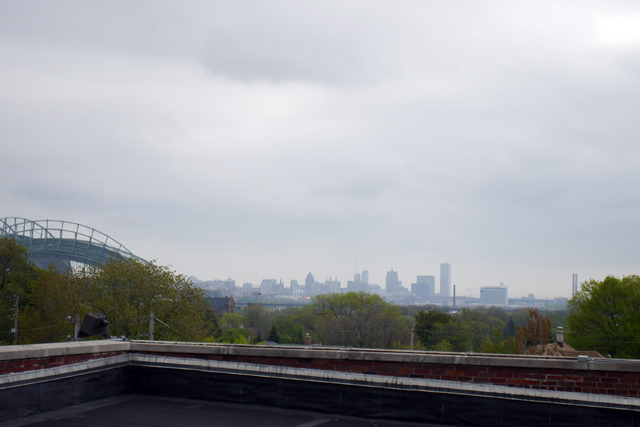 Alas, the fate of the building has seemed a little gloomy for the past two decades and its future now seems especially doubtful.

"The most likely answer is that the school would be razed rather than kept, because it’s very hard to fit it into a modern concept of how you would do either housing or office space," says Schwenker, who adds that the plan for the park may in some way preserve the spirit of the school.

"While schools are redone and can be redone, the way that particular school is set up it would be difficult to sort it out. The likelihood is that when everything is said and done it will not make sense to try and focus on rehabbing the school, but rather to focus on redeveloping the grounds."

I hope someone saves the fireplace.