Photographer Jessica Kaminski hosts an artist talk and book signing Thursday, Feb. 26 at Waxwing. She will chat about making "The Milwaukee Beard Book." Warning: things might get hairy. (Wha-wha...)

A couple of years ago, photographer Jessica Kaminski started to notice beards, both on social media and in her real life. The fact her partner, Ryan Manske, is able to grow one in about five minutes contributed to her interest; however, her fascination with beards went much deeper.

After looking at beards from around the world and throughout history, Kaminski concluded that Midwestern men influenced the recent resurgence of beards and that "our beard" teeters on practicality more than trend.

"The Milwaukee beard is more of a necessity," says Kaminski. "Men grow them because it’s cold here or because they ride a Harley and they need that extra covering for warmth. Milwaukee beards are often more straightforward, rather than to fit in as a hipster or ‘lumbersexual.’" 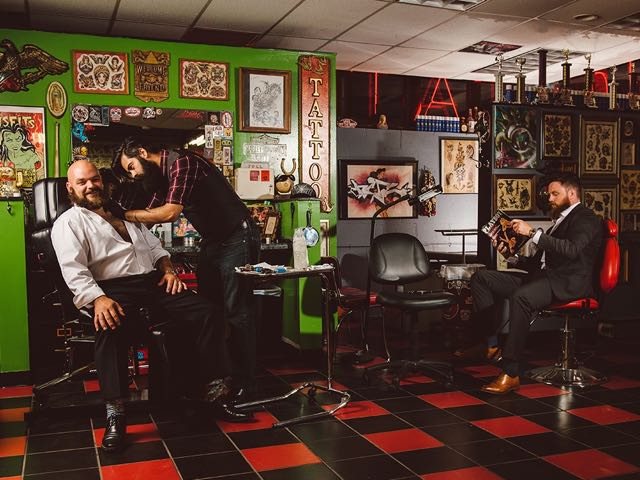 Kaminski released "The Milwaukee Beard Book" on Nov. 5, after a year of planning and photographing. The hardcover book features 30-plus fuzzy-faced Milwaukee men posing in local settings from a salvage yard to a tattoo shop. The photos are both in color and black and white and present a diverse group of bristly fellows. (Although no bearded women applied for inclusion, Kaminski says she would have been open to it if they had.)

"There are a lot of different beards in the book, but I was surprised to learn how prevalent red (haired) beards are and how many men, even if they don’t have red hair, have red in their beards," she says. 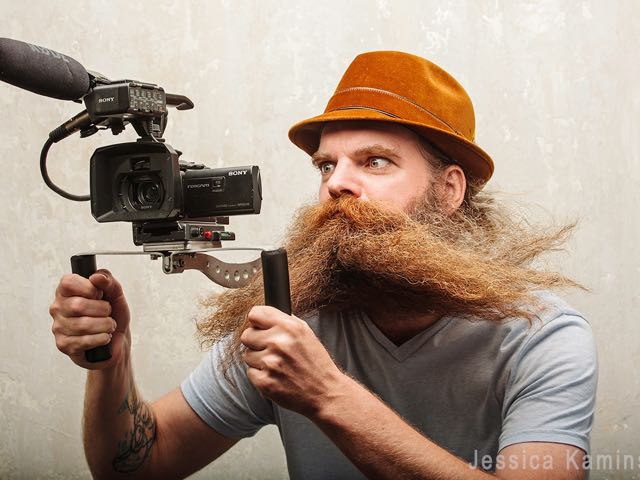 Kaminski will host an Artist Talk and book signing on Thursday, Feb. 26 from 6 to 9 p.m. at Waxwing, 1800 E. North Ave. During the event she will chat about her experience as a Milwaukee photographer and the process of making her book. That evening, the Milwaukee Beard Book will be discounted by 15 percent and The Thriftones will perform live music.

The Milwaukee Beard Book is also available at Boswell Book Company, Stag barbershop, Milwaukee Home store and on Amazon. With every sale, $5 is donated to No Shave November, a non-profit men’s health organization.

Kaminski started photographing her friends – and Manske – but knew she wanted to find subjects beyond her social circle, so she created "business cards" that she handed to, or had friends pass on to, bearded men. The cards invited them to go to her website, read about the project and, if they were interest, to contact her for a photoshoot.

She also offered a Milwaukee Beard Book open photo shoot during Doors Open Milwaukee last fall. Kaminski, who is a full-time portrait photographer, owns a business called The Refinery, a studio located inside the historic Railway Exchange Building, which was already open for the event and consequently contributed to the large number of bearded men who stopped in for the spontaneous photoshoot.

"I ended up with more models than I could accommodate," says Kaminski. "I would have loved to photograph everyone, but I would have needed to take a sabbatical from my job to do that." 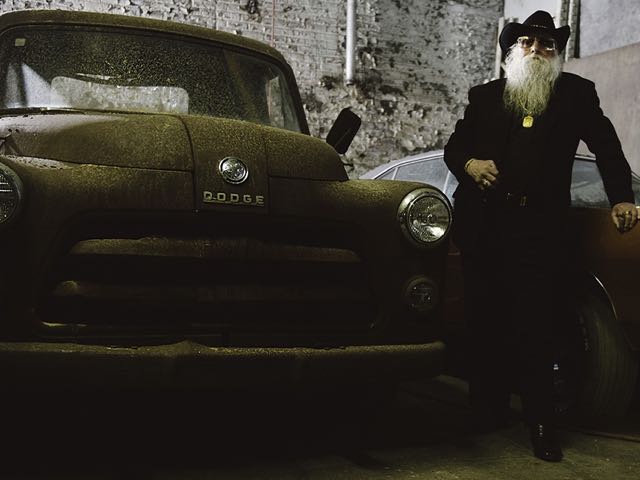 Kaminski says the project was satisfying in many ways for her. It gave her something to focus on last winter, during what she describes as the "dead-zone" time of year when people often struggle for creative inspiration. It also introduced her to many interesting individuals whom she wouldn’t otherwise know – and to hear their stories.

Although the men’s beard tales are not included in the book (their names and where the photos were taken appear at the end of the book) Kaminski says she is still considering ways to share their hairy stories in the future.

"For some of the men in the book, their beards are really a part of who they are," says Kaminski.