The magic of the weekday day game

The sounds are a little different inside Miller Park during a weekday day game. It's not that it's much quieter or more empty than a night game, although it's pretty easy to tell the difference. Even though the parking lots today were jam-packed, there are lots and lots of kids here. And adults who probably should be at work.

The sounds are a little different inside Miller Park during a weekday day game.

It’s not that it’s much quieter or more empty than a night game, although it’s pretty easy to tell the difference. Even though the parking lots today were jam-packed, there are lots and lots of kids here. And adults who probably should be at work.

They used to call it the "businessman’s special," which harkens back to a time that men in suits and hats used to ostensibly get some work done on a home team’s getaway day. From my view in the press box, I can’t see anyone in a suit or tie, but maybe there’s someone closing a deal down there over a Miller Lite.

Says Vassallo, "It’s a slower-pace sport, unlike basketball or hockey, where you can't really sit down and have a conversation without losing track of the action on the court or the ice. Baseball is a slow-paced game. It makes for good conversation, and, I'm sure, good business for people who want to come here." 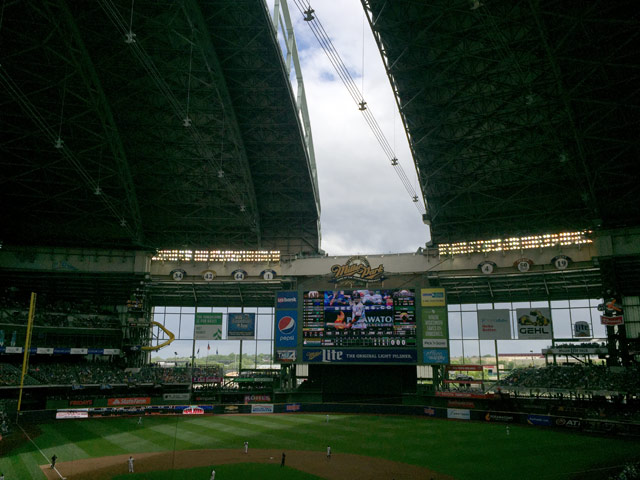 That’s not just code for finding an excuse to day drink – although in some cases, I’m sure it is.

"It's amazing what you can accomplish by simply stepping out of the office," says Dani Kapitz, who works in corporate real estate, and is watching the game with her boss who has season tickets. "There are some theories that you should work for 45 minutes and break for 15. While that isn't always realistic, it is very convenient and productive to work in a different environment and Miller Park fits that bill." 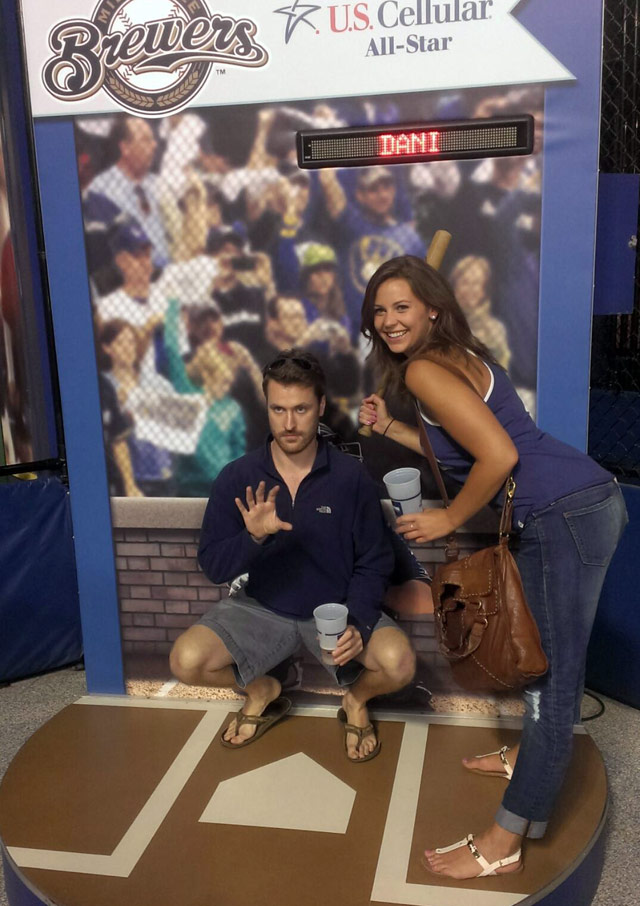 As for the kids, you can hear the higher voices of baseball-crazy children cheering.

"There's a different sound to the crowd," says Vassallo. "A little bit of a younger energy to the crowd."

Up here in the press box, it’s actually pretty empty. Usually you see the non-sports media (like myself) squatting here during these weekday day games – the ones you have to be suspicious of haven’t brought a laptop. Today, I see a handful of Japanese media on hand for former Brewers outfielder Nori Aoki, in addition to the regular beat writers and their hangers on holding court to my left in the front row.

Despite whatever is going on in the parking lot, today isn’t jam-packed at Miller Park (35,208 officially in attendance). There are two sections by the left field foul pole that sit mostly empty. I don’t think that’s totally because of the Brewers last-place record, some 15 games under .500. I think it’s just because it’s a Wednesday before school lets out.

And who’s complaining? You might notice that fans are very well behaved during these games, too.

"I have accomplished many projects and encountered lots of people by using day games as an offsite giant conference room," says Kapitz. "It's a unique and comfortable place to bond. It's the same reason business gets done on a golf course. It's enjoyable and fun. And I still have a chance to meet and marry Carlos Gomez."

In other words, you deserve to make an excuse to hit a few weekday Brewers games. People are little more civilized, and it’s easier to focus on baseball. And summer in Milwaukee just doesn’t last that long. 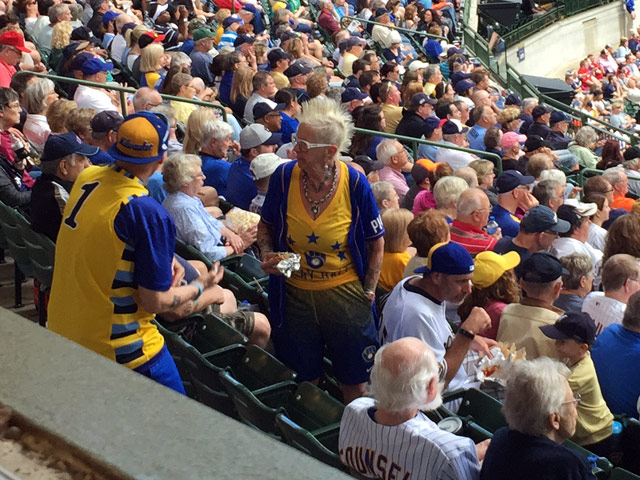 Use this opportunity to get out of the office, turn off your phone and watch baseball. With your kids. With your coworkers. Even alone. No one, on their deathbed, says that they watched too many Brewers games.

Brewers announce 2021 season and it's got some quirks