Westallion Brewing Company, the first brewery in West Allis, is open to the public. OnMilwaukee stopped in today for a tour and a Facebook Live.

Kim Dorfner says she almost never uses the word "surreal," but when she stood in her brand new brewery during a soft opening last Sunday, she said there was no other word to describe the feeling.

"There was so much support, so many smiles – it was surreal," says Kim, who co-owns the Westallion Brewing Company with her husband, Erik.

The brewery, 1825 S. 72nd St., is West Allis’ first and a dream come true for the Dorfners, who started as home brewers and eventually became experts in the science / art form.

The tasting room has a modern industrial feel and yet is very cozy with a dark wood bar, large windows seeping with natural light and plenty of seating. The brewery is located behind the bar.

Erik, who has lived in West Allis much of his life, is very interested in the city’s history and enjoys sharing his knowledge with customers in the tasting room as well as through his beers, which are named in tribute to West Allis history and culture.

Beers in the future will include Gold Kolsch, a nod to Olympic skater and West Allis native, Dan Jansen. 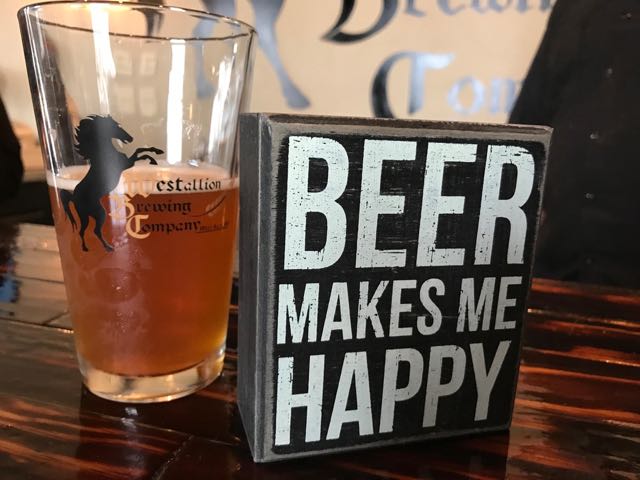 The Dorfners recognize the classic West Allis stereotypes – prevalent through their reclaiming of the word "Westallion" which is one of many joke names for people who live in the city – as well as the city’s transformation and growth.

"I'm excited we get to be the first brewery in West Allis history and a part of the resurgence of the city," says Erik.

Westallion is open Friday, Saturday and Sunday for now, but will soon have regular hours, 3 to 9 p.m. Wednesday through Friday; noon to 9 p.m. Saturday; and noon to 6 p.m. Sunday.

Take a tour of the new biz with this Facebook Live: