A glimpse at what's in store for Karl Ratzsch's

Karl Ratzsch's would undergo a transformation under the leadership of c.1880's chef Thomas Hauck. But, what exactly is the plan for this classic restaurant? We sat down with Hauck to find out.

Update: Karl Ratzsch's will reopen on April 18 via the Journal Sentinel

This January, Milwaukee was abuzz with the news that Karl Ratzsch’s would undergo a transformation under the leadership of c.1880’s chef Thomas Hauck.

Speculation began to fly. What would become of the restaurant? Its decor? What about its food? Would it still be recognizable after the planned remodel?

We sat down this past week with Hauck to chat with him about what’s in store for one of Milwaukee’s most beloved restaurants.

Regardless of the last time you paid the restaurant a visit, your recollections of the atmosphere at Karl Ratzsch’s is probably fairly consistent with others. The restaurant changed little over the years, in terms of its look and feel. Like many old German restaurants, Karl Ratzsch’s sported walls cloaked in wooden paneling. There were giant steins, collectible porcelain and glassware, rosemaling and antlers. And in recent years, bedecked in lights and greenery, it also seemed to evoke a feeling of eternal Bavarian Christmas. 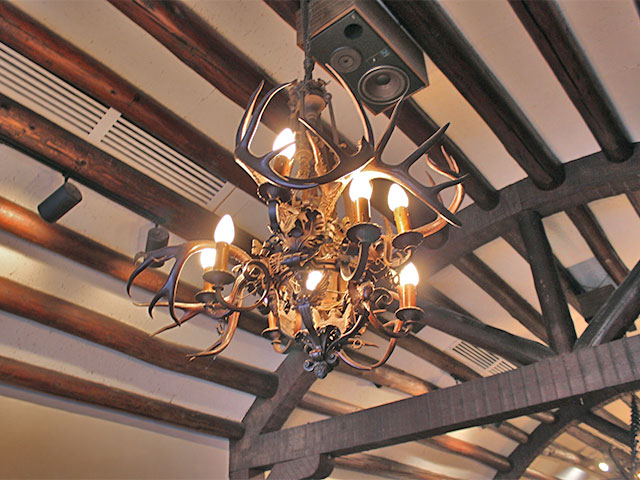 Ratzsch’s became a beloved space, largely due to the fact that it provided an enduring testament to the influence of Milwaukee's German population, many of whom flocked to Milwaukee in the mid-1800s, bringing with them breweries, beer halls, fine bakeries and pastry shops, great German food and grand Socialistic traditions.

And that testament is one Chef Hauck says he aims to preserve.

"Ratzsch’s is one of the restaurants that you identify with Milwaukee, with its identity as a German city," says Hauck. "And I think there are so few cities where there is a space that epitomizes a city so closely."

"We’re definitely giving the restaurant a refresh," says Hauck. "But, it’s the same Karl. He’s just getting a trim, a new haircut and a new suit." 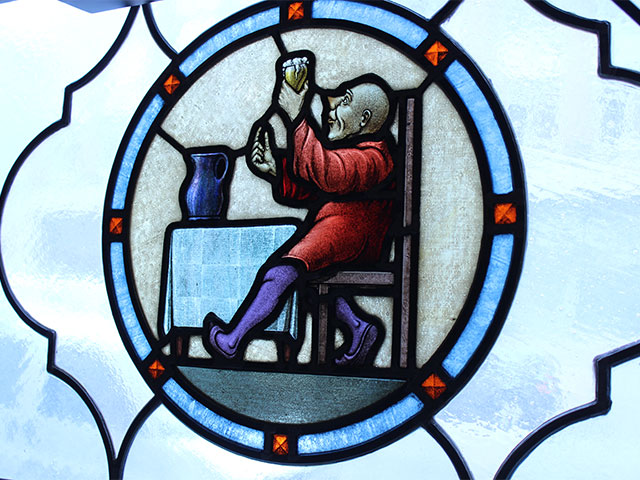 The redeux is being overseen by Patrick and Libby Castro of LP/w Design Studios, the folks behind the interior design at c.1880, the Stone Creek Coffee located at 88Nine Radio Milwaukee, and spaces like Five Hearts Boutique.

"The restaurant is classic. It’s German," says Patrick Castro of the space. "The level of modern versus traditional is defined. And from there, you just decide what belongs and what doesn’t belong."

Exterior signage – including the faded wooden barrel head above the entrance to the restaurant – will be updated to reflect the restaurant's new logo (see above).

"In many ways, it’s about cleaning up the space," says Hauck. "We’re giving the walls some new paint and stain, and everything is getting a little bit of a refresh. In fact, one of the biggest changes will be in the lighting." 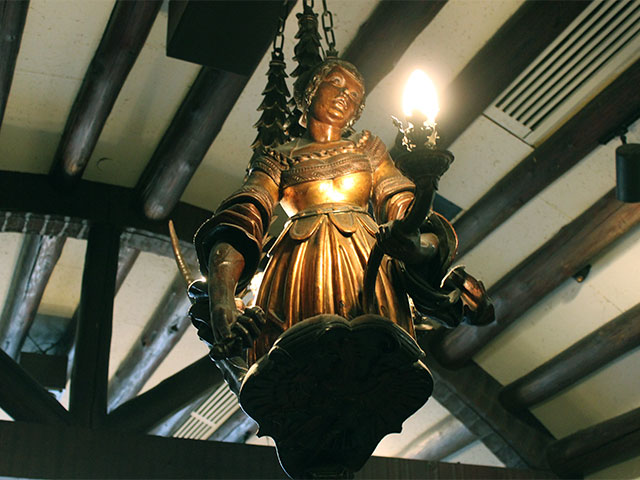 New fixtures, Hauck explains, will be added in the main first floor dining area; meanwhile, the current chandeliers – including those sporting elk and deer antlers – will be moved into the main hallway.

The wooden paneling on the walls will remain. However, the old carpeting – which had endured decades of wear and tear – will be replaced with new flooring. The same goes for tables in the dining room, the bases of which will be saved and adorned with brand new tops.

Meanwhile, the classic old keg which currently hangs in the hallway, will be pulled down and set under glass to be used as the host station. 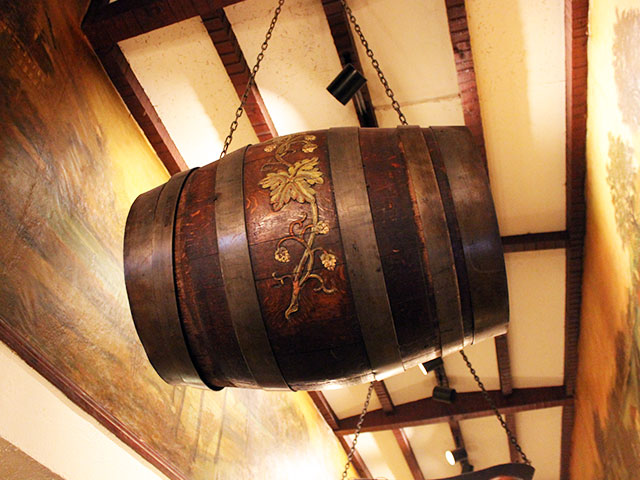 Beer steins will still deck the walls, and many old photographs will be preserved. A large number of them will be displayed upstairs in the second floor dining area, where folks will also be able to enjoy the view of familiar murals on the walls flanking the main hallway. 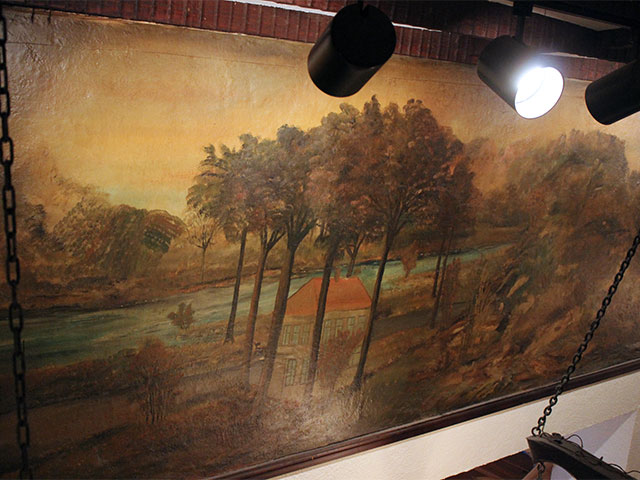 "This isn’t c.1880," he says. "We’re not going to deconstruct the schnitzel. It’s going to be good, solid German food. Pickled fish, pickles, good trout, salmon. Meat, cheese, sausages, fowl and a lot of pork. We’re going to do it, and we’re going to own it." 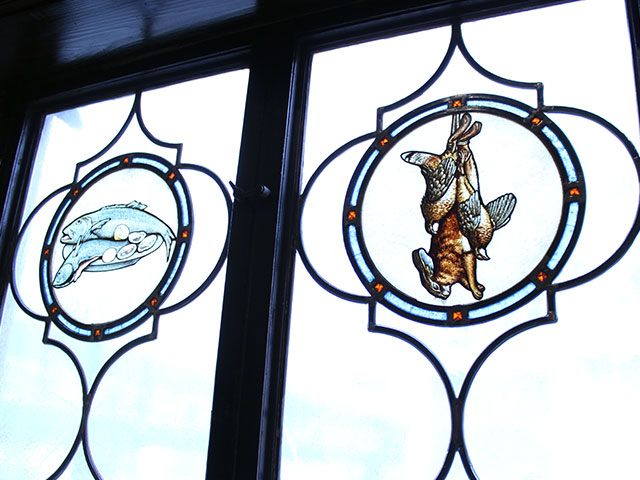 Relationships will also be cultivated and maintained with a variety of local businesses.

"This restaurant has a wonderful and long history with Usinger’s, so we’re going to be working with them to talk about creating some great things," he says. "Milwaukee Brewing Company will also be a part of this, as will Lakefront Brewing Company."

Hauck says that in the process of doing the research necessary to bring the menu to fruition – from studying Karl Ratzsch’s menus from the 1930s to reading and recreating recipes from a series of classic German cookbooks.

Just last week, Hauck says, he found a recipe for a layered dish featuring potatoes, pears and pork belly, which were covered in stock, broiled, and then baked until it was set enough to be punched out with a mold.

"One particular cookbook I’ve been using breaks down each region in Germany," he says. "It goes through everything from beverages and pastries to cheese and meats. Every month we’ve been picking a different region and doing three or four courses from that area for family meal. Last week it was sauerbraten."

Desserts, Hauck says, will include classics like strudel, black forest cake and a variety of tarts.

"Obviously, I want the restaurant to do well," notes Hauck. "I also think that Downtown is going to go through a boom in the next five to seven years, so we want to be ready for that. And hopefully we can make sure this restaurant survives for another 100 years."