Prepare to give it a whirl: Brookfield WhirlyBall & The Pivot Room open Oct. 7

More fun is on its way to Brookfield beginning next week. That's because WhirlyBall, a unique two-story entertainment destination, will officially open its doors to the public at Brookfield Square on Monday, Oct. 7.

More fun is on its way to Brookfield beginning next week. That’s because WhirlyBall, a unique two-story entertainment destination, will officially open its doors to the public at Brookfield Square, 185 S. Moorland Rd., on Monday, Oct. 7.

What the heck is WhirlyBall?

If you haven’t been to one of the WhirlyBall locations in Chicagoland or Colorado, you’re probably wondering what all the fuss is about. But, WhirlyBall might just be the most fun you can have while gliding around a court at 4 miles per hour. 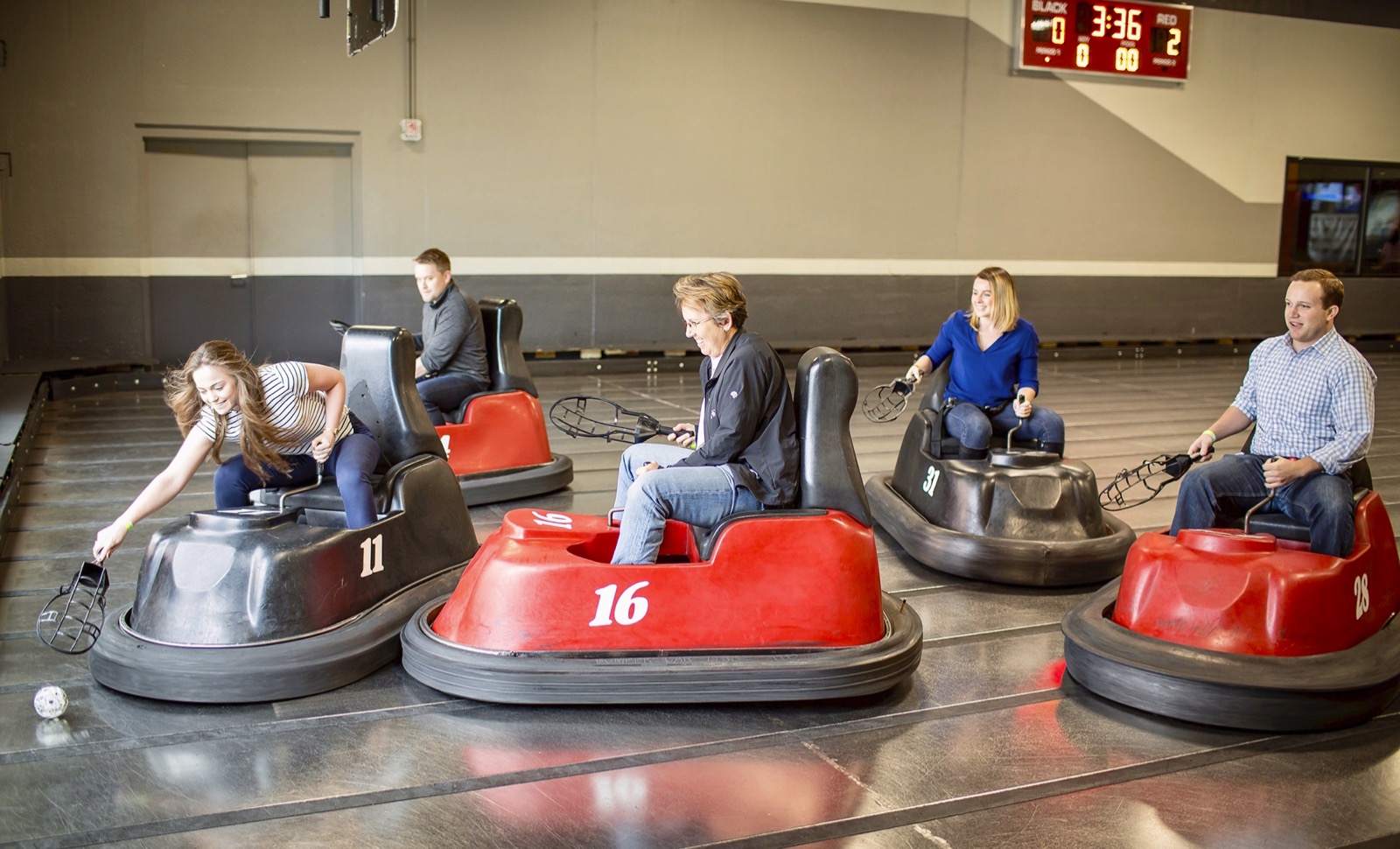 Often described as a cross between lacrosse, hockey, bumper cars and basketball, the competitive game combines the elements of both skill and chance, pitting two teams of five players against one another in a ball-passing sport. Each team member is equipped with a WhirlyBug, a specialized bumper car designed for agility and precise steering. While driving across the court, teammates utilize handheld scoops to deftly pass a 16-inch Wiffle ball to and fro and – ultimately – at a scoring target, which resembles a basketball backboard with a hold in the middle and a net behind it.

Hit the target, you get two points. A half-court goal will earn you three points. And, much like basketball, when you score the other team has an opportunity to take possession of the ball.

Of course, if WhirlyBall isn’t your thing, there’s still plenty of fun to be had. Try your hand at LaserTag in the multi-level arena, enjoy bowling with lane-side service at one of eight bowling lanes or get the VIP treatment at the second-level four-lane VIP Bowling Suite.

And there’s more where that came from. WhirlyBall will also feature an outdoor patio and two rooftop terraces. There are also multiple private and semi-private event spaces, along with customizeable catering packages, to accommodate groups of any size for events including birthdays, corporate team-building and any number of other gatherings.

Of course, all that fun is bound to make you hungry. Fortunately, WhirlyBall also features a 75-seat full-service restaurant and bar called The Pivot Room.

The menu, created by Exeuctive Chef Larry Donahue using a variety of local seasonal ingredients, includes a combination of shareable snacks, handheld sandwiches and burgers, salads, large format entrees and sides along with a full-service bar.

There are also shareable items like craft pizzas (12") and flatbreads, which include creative toppings like Korean glazed pork belly, pineapple, cheddar and arugula ($10). 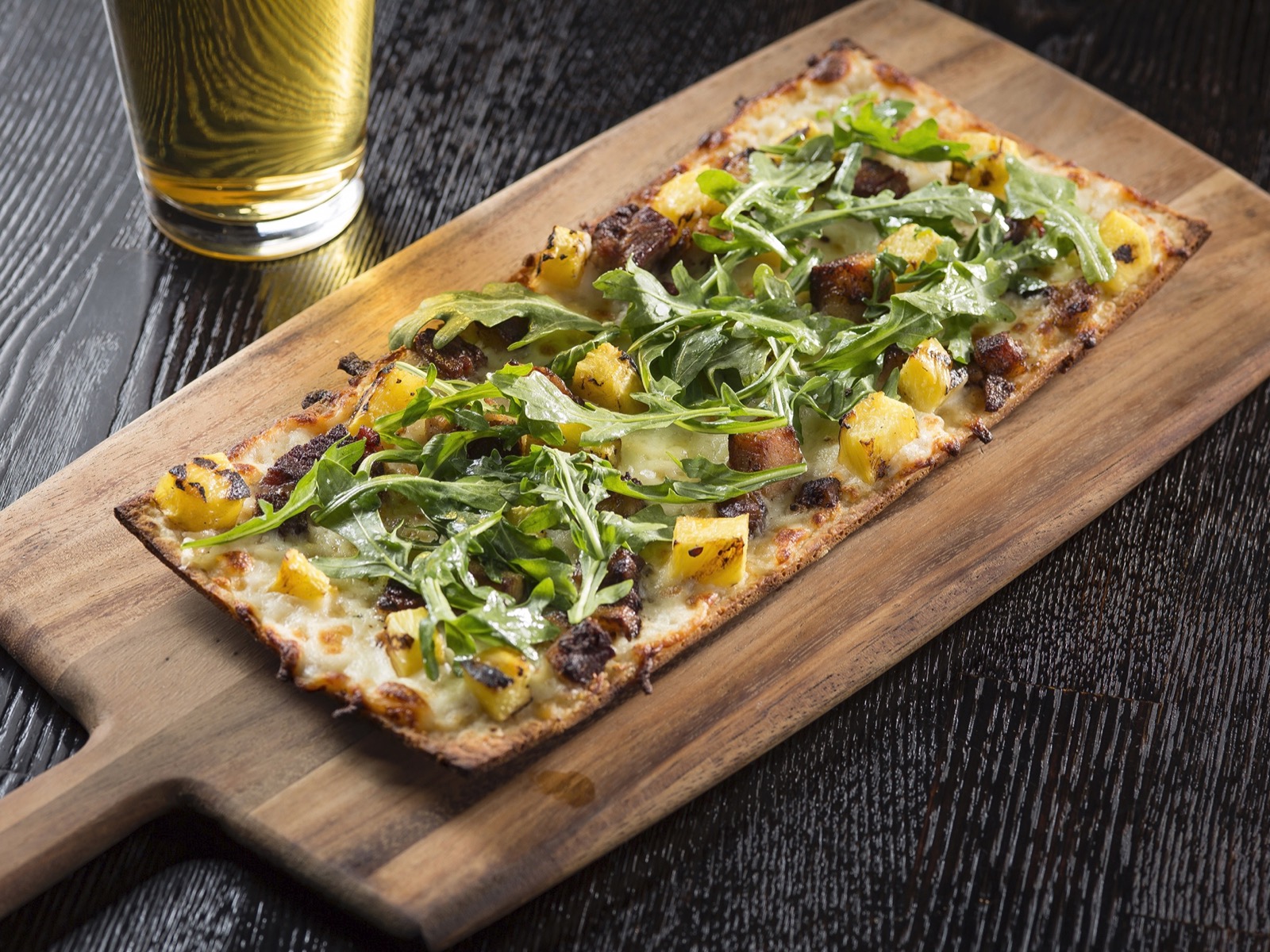 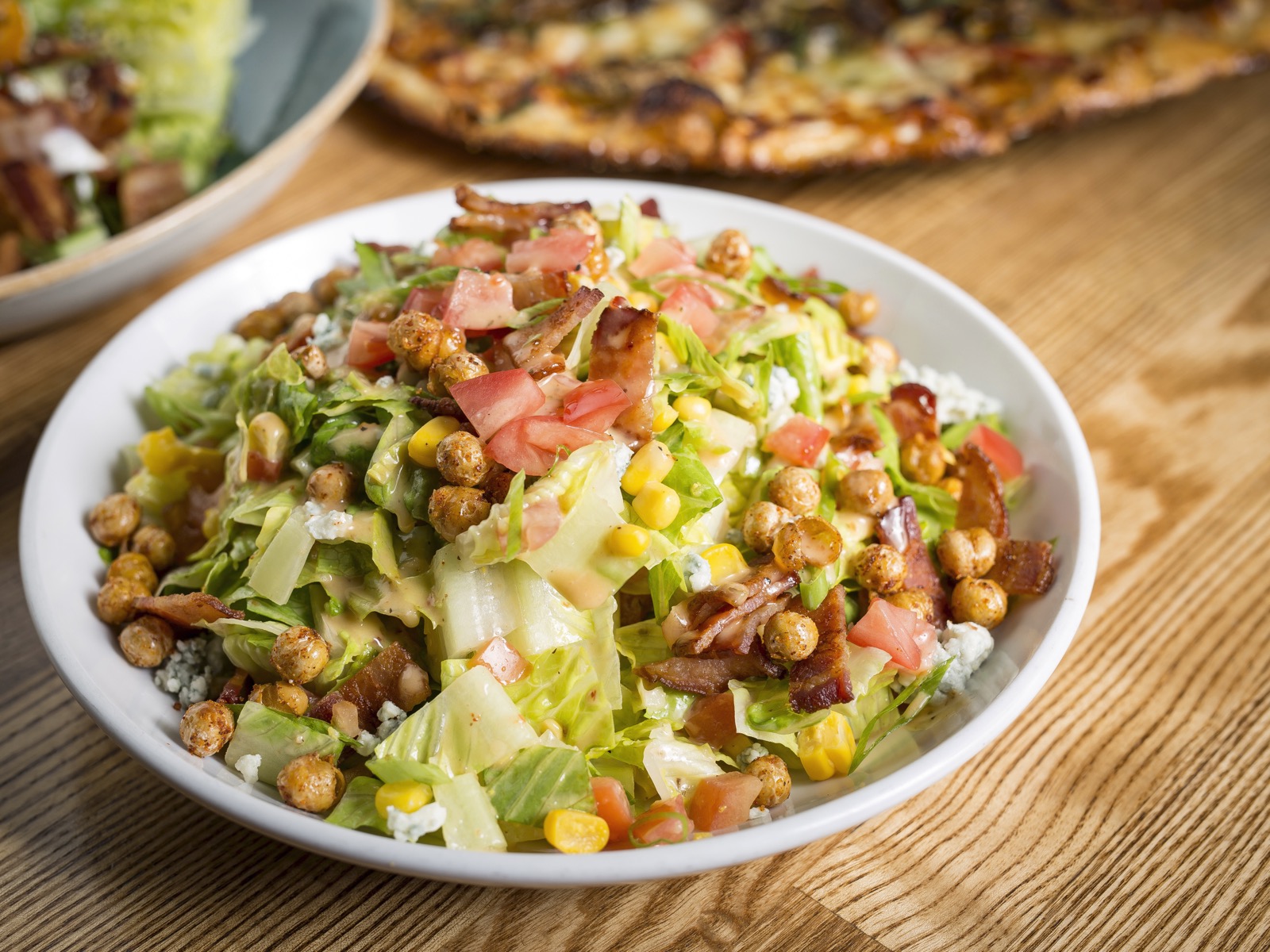 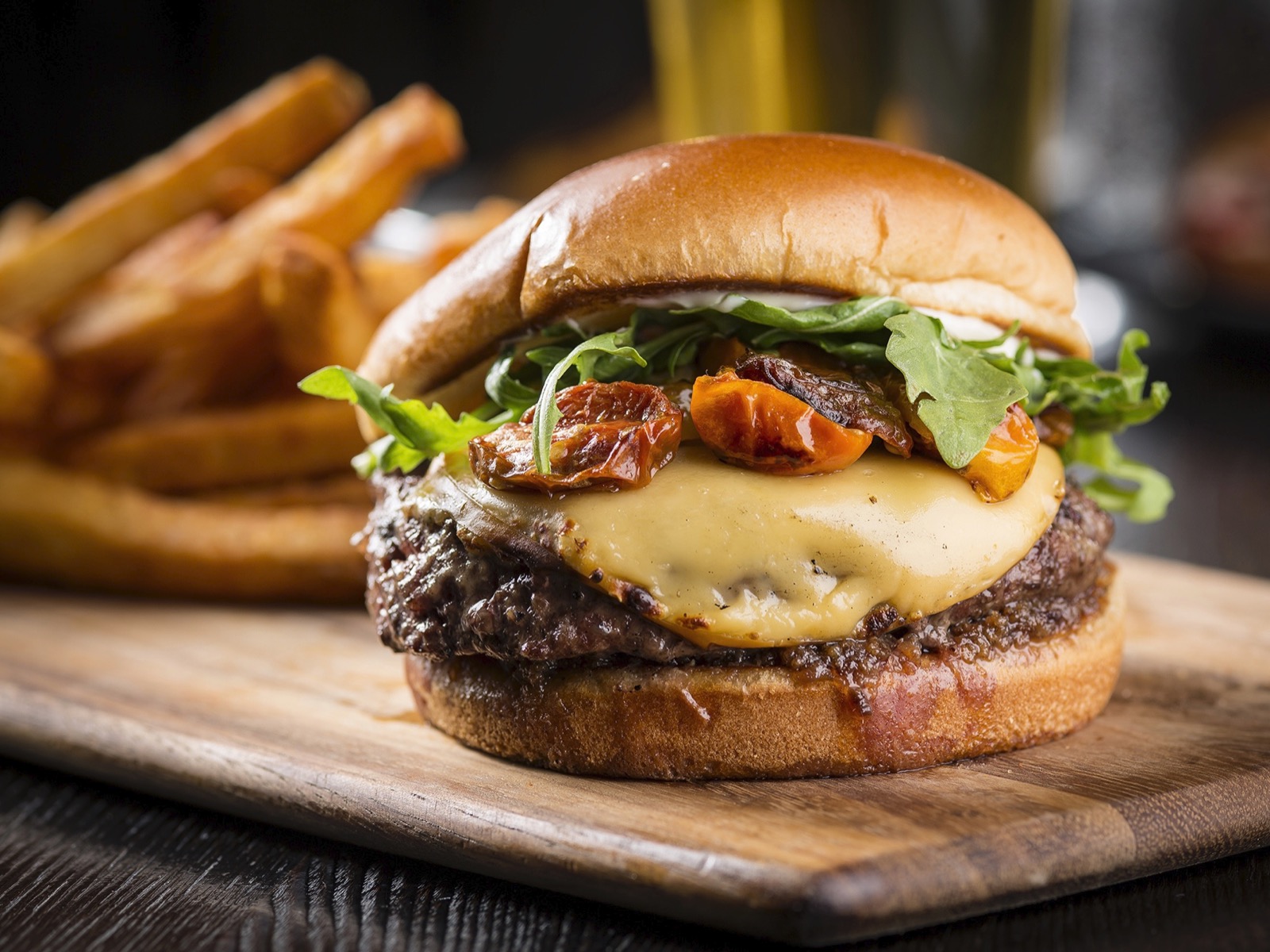 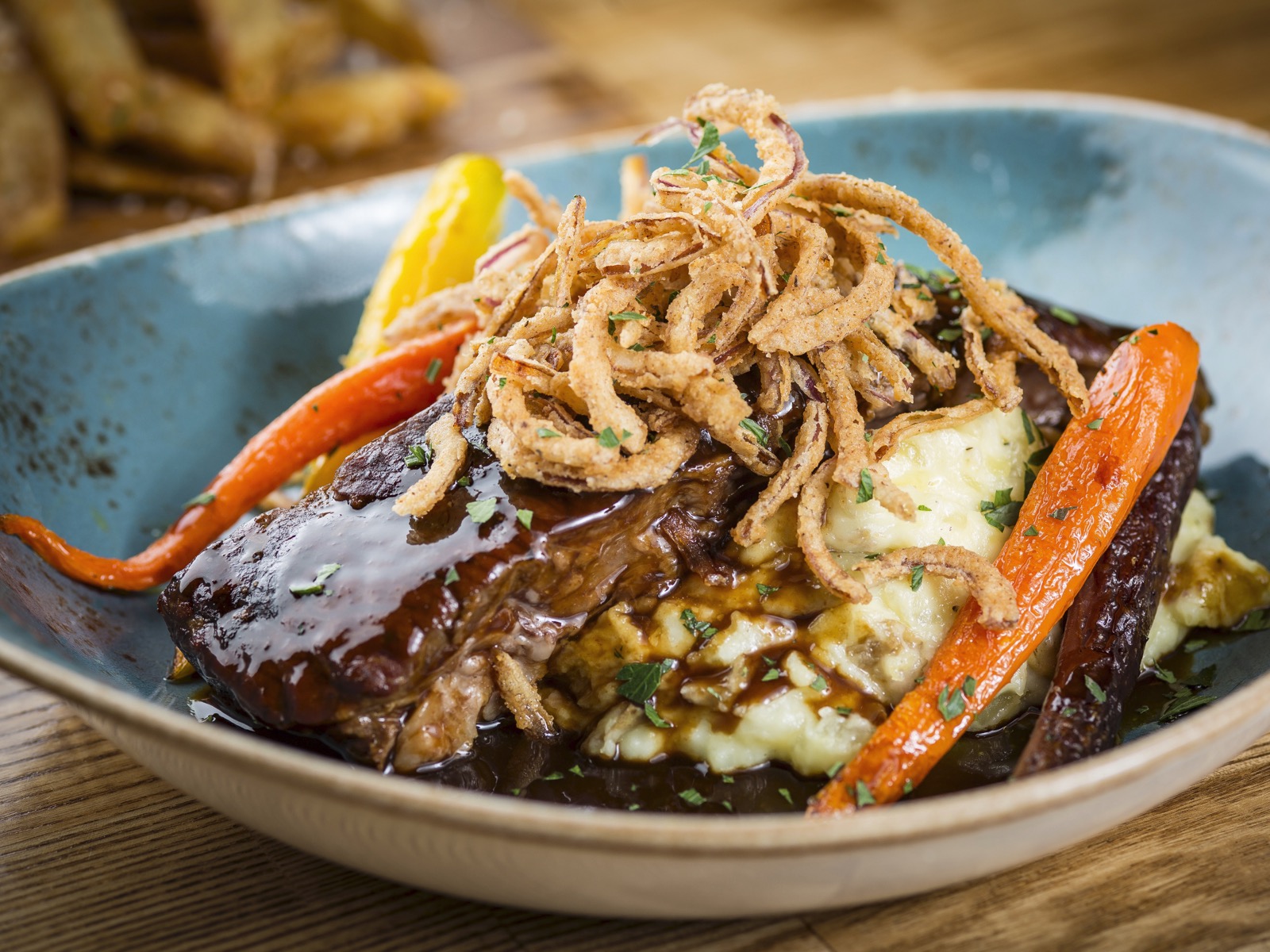 On the beverage side, craft beer rules. The Pivot Room will feature 24 rotating taps with an emphasis on local and regional breweries including selections from Third Space Brewing, Milwaukee Brewing Co. and Raised Grain Brewing Co. as well as Lagunitas (Chicago) and Founders (Michigan)

"We’re thrilled to join the Brookfield and Milwaukee communities with the opening of WhirlyBall and The Pivot Room," noted Adam Elias, WhirlyBall’s Vice President of Strategic Planning. "Our first location was founded over 25 years ago with the mission of providing memorable experiences and premium offerings for our guests. We look forward to continuing this tradition in Wisconsin for locals and visitors to enjoy."

Reservations for The Pivot Table are currently available by phone at (262) 786-7777 and on OpenTable starting Saturday, Oct. 5. For more information or to book events at WhirlyBall, visit whirlyball.com.