What's up with the wiener wars on Wisconsin Avenue?

If you've passed the corner of Wisconsin and Water over the past few weeks, you may have witnessed an interesting phenomenon: two hot dog carts parked side by side competing for the same business. We were curious, so we talked to the owners of both carts.

If you’ve passed the corner of Wisconsin and Water over the past few weeks, you may have witnessed an interesting phenomenon: two hot dog carts parked side by side competing for the same business.

One of the carts, Real Doggs, has been a fixture at the Downtown corner for 18 years, often attracting lines of hungry consumers over the lunch hour. 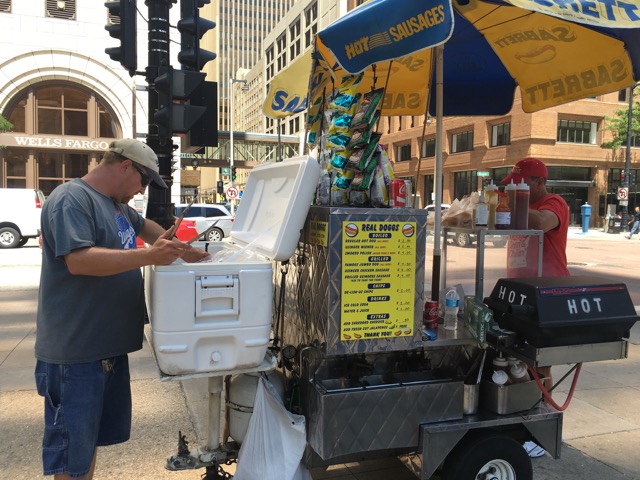 The other, Mike Mike’s Dogs, is a newcomer who showed up at the corner near the Chase Bank tower about three weeks ago. To feed the fire of our curiosity, the sign on the side of the cart reads "Competition Dogs." 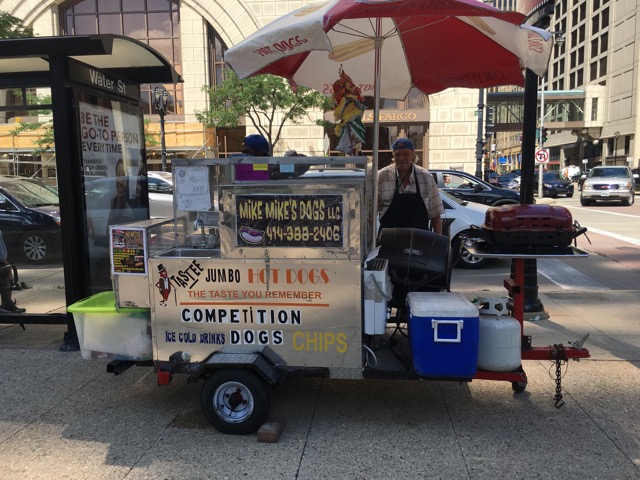 We took a moment today after the lunch rush to chat with both cart operators to find out if the competition was friendly … or not. And it turns out it’s definitely the latter.

"When they first came, we were friendly," says Jeremy McCown, who has owned and operated the Real Doggs cart at Water and Wisconsin for the last 10 years. "We did tell them they might be better off parking elsewhere, since we’ve been here a long time and our customer base is very loyal."

When we asked one of the cart workers at Mike Mike’s, who chose to remain anonymous, why he chose to park next to another hot dog cart, he commented, "We wanted to be here. We like it here." 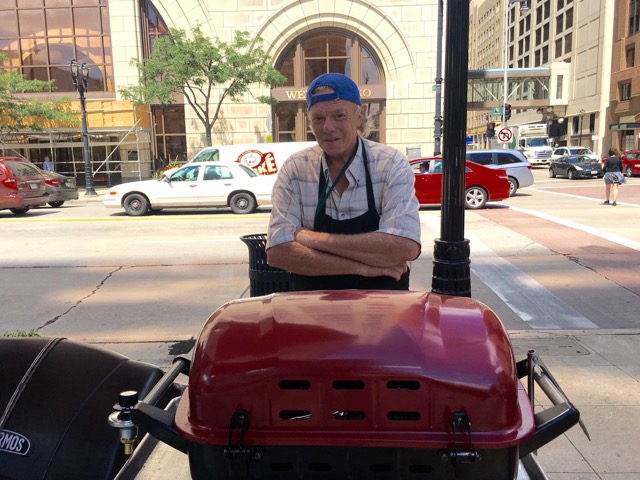 After a moment he added, "We’re doing all right here, and they’re not going to chase us away."

Marcus Lucas, another employee at the Mike Mike’s cart, says he’s working the cart to get experience to run his own cart. He also noted that Mike Mike's is differentiating itself by serving rib tips and rib tip sandwiches made from his grandmother’s recipe, in addition to hot dogs.

McCown says that things have gotten tense at times, and allegedly there have been a number of relatively minor altercations between himself or his crew and the owner of Mike Mike's.

Nonetheless, he says he’s taking it in stride.

"We don't consider them to be competition," he says. "Our business hasn't suffered one bit."

Celebrate the flavor of Chicago with a Taste of Dr. Dawg