Wild Roots: The story of a farmer, a chef and a brand new West Allis restaurant

Construction is underway at the former Ka-Bob's Bistro at 6807 W. Becher St. in preparation for the opening of Wild Roots, a restaurant which promises a dining experience unlike any others in the West Allis market.

Construction is underway at the former Ka-Bob’s Bistro at 6807 W. Becher St. in preparation for the opening of Wild Roots, a restaurant which promises a dining experience unlike any other in the West Allis market.

The restaurant will be owned and operated by Thi Cao, executive chef at Buckley’s and Bryan De Stefanis, owner of Big City Greens, a local purveyor of heirloom vegetables, herbs, microgreens and foraged wild edibles and Sourced in Nature, a prepared foods company using ingredients from his 15 acre farm in Tigerton in Shawano County.

The two met years ago, bonding over their mutual interests in food and hunting. As their relationship grew, they began talking about working together. They scouted for spaces across the city and beyond. But the stars aligned when the former Ka-Bob’s Bistro became available. From there, all the pieces began coming together.

"He’ll be working in the kitchen," notes De Stefanis of the partnership. "And I’ll be working on the farm. Together, we’ll determine what to grow and what to forage; and Thi will incorporate those items onto the menu." 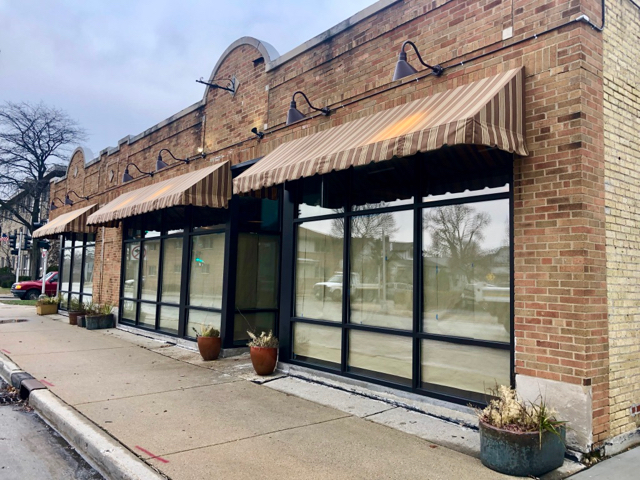 It’s not the first Milwaukee restaurant to feature collaboration between a chef and a farmer. In 2002, Chef John Raymond partnered with friend and local farmer Joe Schmidt to open Roots Restaurant and Cellar at 1818 N. Hubbard St. The restaurant was a pioneer in many ways. For one, it was the first farmer- and chef-owned restaurant in the state. It was also the first restaurant to capitalize on the symbiotic relationship between farms and restaurants, creating a model for farm to table dining in the city.

But Wild Roots will take the concept a step further, incorporating not only produce grown at the restaurant garden on De Stefanis’ property in Tigerton, but also wild edibles including foraged mushrooms, fiddleheads and ramps along with more unusual finds like edible moss, cattails, wild fennel, sunflower roots.

"I’ve not felt this excited about anything in a very long time," says De Stefanis. "It’s really stretching me in new ways, and I’m excited about the challenge. So much of what we serve in the restaurant will come from our property, from foraged foods to foods we grow and honey we glean from our bees. The vision is to create a restaurant that’s really build on a seed to table concept."

And the connection with the restaurant’s garden will be one with which even restaurant staff have a part.

"We’ll be closed on Mondays," says Cao. "So we’ll take regular trips with our staff to the land, where they’ll be exposed to what we’re growing, how we’re harvesting. We really want to build that respect for the land into the experience."

Cao says the menu is currently in development, but he sees it as a true culmination of his background and experiences – from his Vietnamese heritage to the knowledge he's gleaned in kitchens across the country and beyond.

Among the dishes Cao says he’s been perfecting for the menu is a mushroom dashi made with toasted birch bark, housemade tofu and scallions. It’s a dish, he says, that will change with the seasons.

Such will be the case for the whole of the menu, which will feature ever-evolving offerings including salads, soups, shareable plates and entrees as well as daily "Nasty Bits" offerings, dishes made with ingredients like beef hearts, tongue, sweet breads, oxtails and kidneys.

"There are so many edible things on animals that people are just tossing away," he says. "And we want to put them to good, delicious use. In many ways it’s an homage to Anthony Bourdain, who was really a champion of using everything and really paying respect to the animals."

Meanwhile, a full bar will feature wine, beer and craft cocktails, many of which will feature ingredients made in the kitchen.

Cao says that, initially, Wild Roots will be open only for dinner Tuesday through Saturday. However, he says he expects brunch and lunch to be added later.

As far as the look and feel of the restaurant, Cao says the restaurant’s decor – which is being designed with the help of local designer Karla De Stefanis – will be rustic and cozy with earth-toned walls, natural textures and elements inspired by nature.

"I want it to feel, essentially, like we’re on a farm," he says. "When you walk through the door, you’re no longer in the city."

A key element in the space will be the Chef’s Table, an area of bar style seating located on the East side of the restaurant in front of the kitchen. The reservation-only seating area will operate much like the remainder of the restaurant, Cao says; however, it will also function as a place where they can taste new and emerging dishes.

"It’s really more of a place for me to have interactions with guests," says Cao. "They can taste dishes that I’m working on and I can get feedback directly from them. I’m envisioning a really intimate dining experience."

And, despite the name and the connotations that come with it, the Chef's Table (and the restaurant on the whole) won’t be pretentious.

"I don’t want people to think this is going to be some ‘froofy’ kind of place," he says. "It’s just not. Our goal is to offer really good food at good prices. And we want it to be the sort of place where there might be a couple celebrating their anniversary at one table and a couple of regulars at another. We just want people to come in and enjoy themselves."

Cao says that, ultimately, Wild Roots is the product of 15 years of working and dreaming of owning his own restaurant.

"Like every chef, I’ve always wanted to open my own place. But I needed to gain the experience necessary to do that. I learned a lot opening Bistro Z. I saw the process of really opening a restaurant – from pulling permits to hiring staff – and it really prepared me for thinking more seriously about moving forward with my plan.

"And I can’t say enough about the opportunities the Buckley family has provided me over the years," he adds. "I’ve given them my time and talents; but they’ve given me so much in terms of experience, creative freedom and putting confidence in me, even trusting me as I move on to do my own thing."

Cao says he will remain in his position at Buckley's through the end of the year.

Watch OnMilwaukee for additional details about Wild Roots as they develop.