The Winchester, 2321 N. Murray Ave., opened last month in the former Two Bucks space and the kitchen is now in full swing. The menu, developed by Chef Frank Harroun of Lucky Joe's Alchemy & Eatery, features bar food with a twist.

The Winchester, 2321 N. Murray Ave., opened last month in the former Two Bucks space and the kitchen is now in full swing. The menu, developed by Chef Frank Harroun of Lucky Joe’s Alchemy & Eatery, features bar food with a twist.

"We were going for bar food, but unique bar food," says Jay Stamates, who owns The Winchester with business partner, Steve Gilbertson. "We wanted comfort food. Food that people can walk around with and share. I think we nailed it."

The prices are right – most items are $6.75-8.75 – with about a dozen menu options, including braised chicken, pulled pork, falafel, BLT or chicken fried steak sliders ($8.75). The sliders are served with slaw and a "secret sauce."

"We didn’t want to go with straight burgers; again, we wanted something a little different, so we went with sliders," says Stamates.

There’s also a "saddle-sized quesadilla" called the Big Cheese ($8.75) that’s large enough to serve multiple people and is made, like the sliders, with a choice of meat or vegetarian filling. 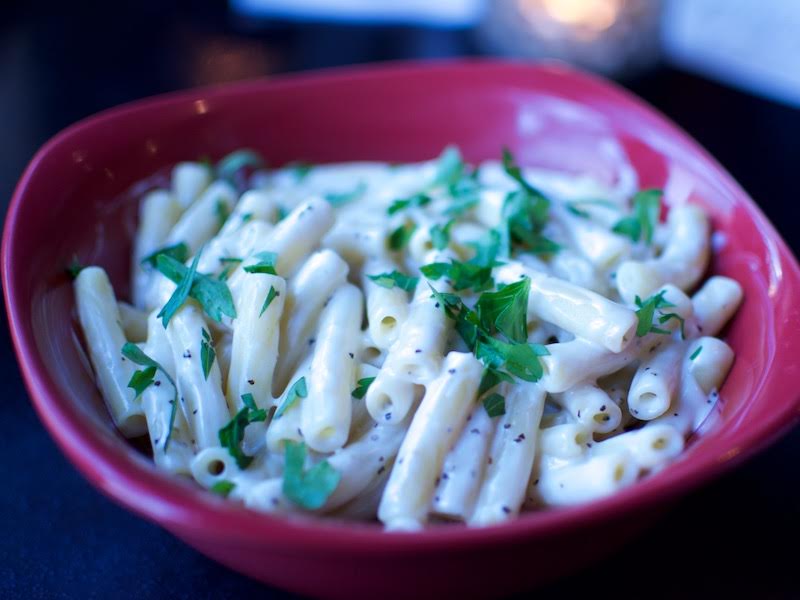 The Magnum Macaroni ($6.75) – which comes with a white sauce and a choice of meat or cherry tomatoes – is one of the most popular menu items, says Stamates, and is a tribute to the dish originally from Chef Kevin Sloan’s now-defunct restaurant, The Social. 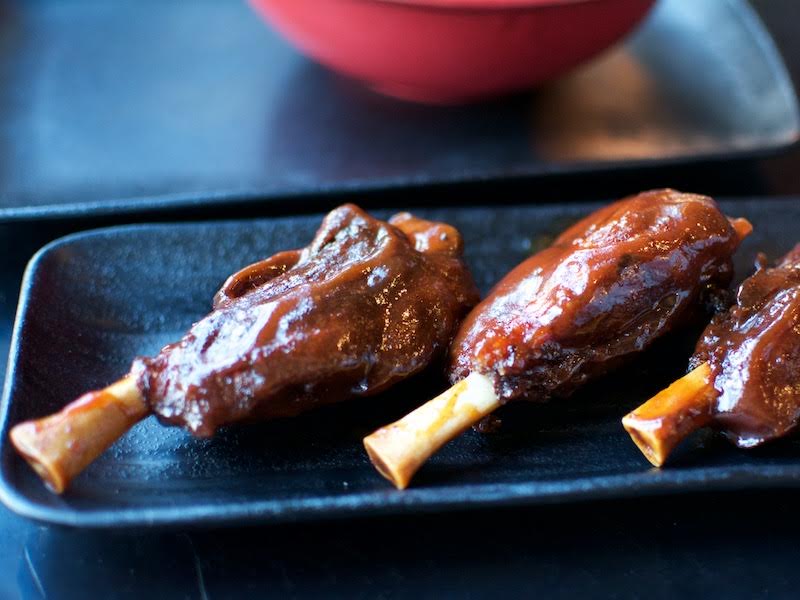 The Cowboy Pig Wings ($8.75) are meaty and slathered in a zingy Sriracha barbecue sauce. The Double Barrel ($8.75) is another comfort food fave, featuring two grilled cheese sandwiches stuffed with bacon and jelly.

Nachos, popcorn chicken, falafel and fries – with a range of dipping sauces available for 75 cents each – are also on the menu. The sauces are recommended for the fries, too.

"The goal of the menu, overall, is to tailor it to what you want," says Stamates.

For dessert, the deep fried peanut butter and jelly ($3.75) is particularly tasty and decadent. There’s also a good ol’ box of Crackerjacks and a jello shot available.

The drink menu features a build-your-own Bloody Mary, with a choice of vodka, gin, tequila or whiskey. There’s also the choice of a yellow Bloody Mary, made from peppers, or a red, tomato-based version.

"We don’t use any juice, only vegetables and a blender," says Stamates.

The garnishes – caprese skewers, pork belly or stuffed pepper with bacon – are the drinker’s choice as well.

"The movement with bloodies for so long has been lots of garnishes, everything including the kitchen sink, but we’re going for something a little simpler – while still bold," says Stamates. "I think we have something special here." 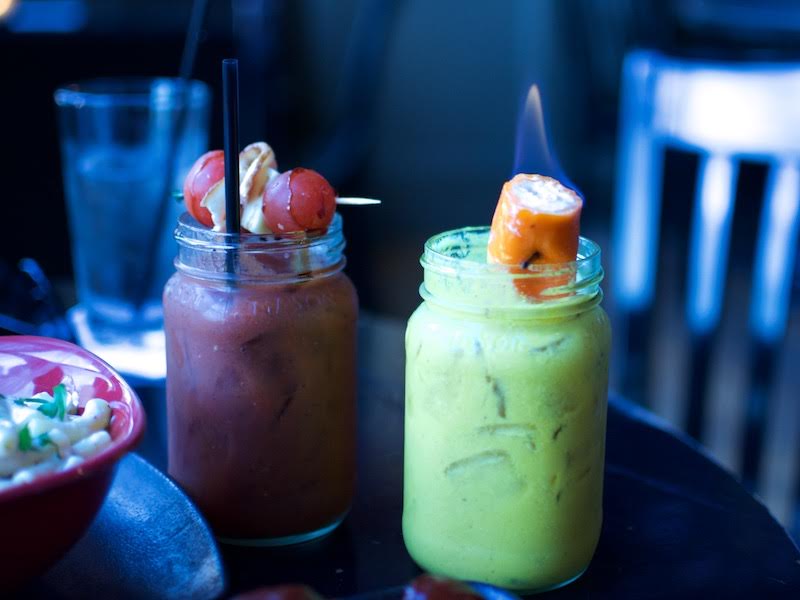 The drink menu also features a Sarsaparilla created with homemade root beer, egg white and Tullamore Dew; a whiskey long island called Roanoke Island; a country take on the mojito called BlunderBuss; Country-Politan that claims to taste like a cherry Dreamsicle and the Southern Señorita margarita made with Tijuana sweet heat.

The Winchester also serves brunch on Saturdays and Sundays from 11 a.m. to 3 p.m, as well as on Mondays for service industry folks.

Brunches feature, primarily, "breakfast bowls" that include a buttermilk fried chicken bowl, a hash bowl, a burrito bowl and a dirty bowl with biscuits, eggs, chicken fried steak or popcorn chicken and sausage gravy. All of the bowls range in price from $7 to $9.

There’s also bunch nachos, stuffed french toast and grinders, which are red peppers, eggs and a choice of meat on an Italian roll.

A traditional breakfast of eggs made to order, potatoes and a side of meat is also available for $7.

The Winchester serves Valentine Coffee and has brunch cocktails including a mimosa, a vodka-and-Emergen-C hangover remedy and Irish coffee.

During a recent visit, we found the food, indeed, shareable, as well as unique and generously portioned. The macaroni and pig wings stood out from the other items and we'll be back to try the nachos. We preferred the spicy red Bloody over the yellow one, which we found a little too thick.

The Winchester has its work cut out for it. It's a tough space with a storied history that has changed hands frequently over the years, but the menu and concept are truly something different. Plus, the owners are seasoned – they collectively own Jim's Time Out, The Standard and Sabbatic – so it's definitely in good hands.

"We’re going for a small-town bar and diner in a big-city feel, kind of country (and) western meets ‘Shaun of the Dead,’" says Stamates. "So far, the response has been very positive."