Sometimes a setback results in the opportunity to approach things in an entirely new way. Such was the case for Matthew Janzen, author of the "State of Craft Beer," a photographic journey depicting the stories behind the Wisconsin brewing industry.

Sometimes a setback results in the opportunity to approach things in an entirely new way.

Such was the case for Matthew Janzen, author of the "State of Craft Beer," a photographic journey depicting the stories behind the Wisconsin brewing industry.

After a summer Kickstarter campaign meant to raise funds for the printing of his book came up short, Janzen says he was forced to look at the project with new eyes.

"I’m really not discouraged," he says. "We reached a large number of people and raised a good amount of money. But, I placed too much faith in Kickstarter as a platform to reach more people. If I could do this all over again, I would have put more energy into emailing and marketing to drive people to my website to pre-order the book."

And that’s exactly what he decided to do.

This fall, Janzen launched a new website, stateofcraft.beer, through which he has been soliciting pre-orders for the book that he anticipates will go to print by February or March. To offset costs, Janzen says he's secured pre-orders from around 45 of the breweries featured in the book, with a commitment to sell the books in their tasting rooms beginning in late winter or early spring of 2017. 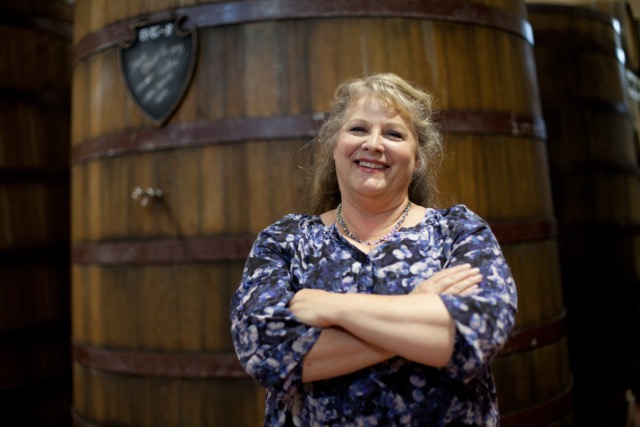 The "State of Craft Beer" includes stories about breweries and suppliers throughout the state, including New Glarus Brewing, whose founder and president, Deb Carey is pictured here.

"At its essence, the book tells the story of how beer is transformed from raw products into the liquid that is poured into your glass," says Janzen.

Janzen got his first taste of craft beer at Landmark Lanes during a United Adworkers bowling league outing.

"It was a New Glarus Moon Man," he recalls. "And the way I always tell the story is that the beer ‘hit my nose before it touched my lips.’"

The experience opened up his eyes to a new world; in fact, Janzen says he got a bit obsessed.

"I started doing all the reading I could about craft beer," he says. "I subscribed to all the news digests. I also started drinking more beer. I’d take trips down to Chicago to check out the beer there." 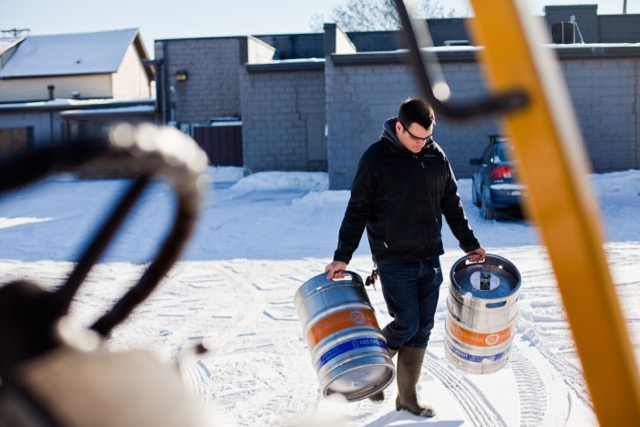 Despite a degree in journalism, advertising and media studies from UWM, Janzen says he simply couldn't get excited about the work he’d been doing since he graduated from college.

So, Janzen decided to pursue two of his passions: beer and photography.

He quit his job and took a year to travel across the state, touring breweries, chatting with brewers and visiting places that were integral to the beer brewing process. In the end, he toured 125 facilities including 95 breweries, farms, purveyors and companies like Quality Tank Solutions, Peterson Precision Custom Stainless and AJS Inc., a tap handle manufacturing plant. He documented his journey with photographs.

"Along the way, after getting lots of questions from people about what I was going to do with the photos," he says. "And, at one point, someone asked if I was doing a book."

Janzen says he’d never thought of putting his photos into a book. But, from that point on, the idea took root. Janzen partnered with friend and designer Chris Walker to come up with a plan to bring the book to life. 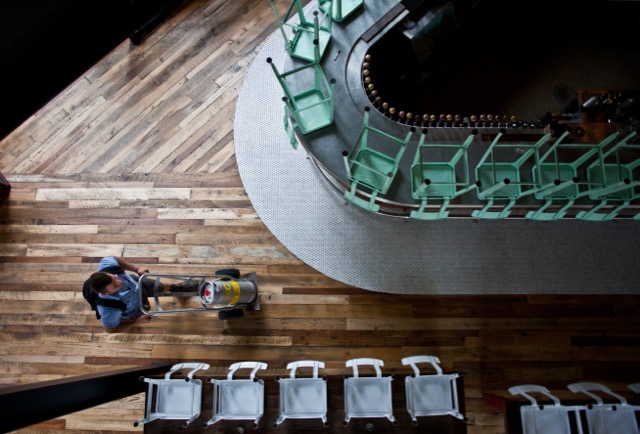 Along the way, he decided this couldn’t just be an ordinary book.

"At some juncture, I decided that a book about craft beer should be a unique, handcrafted local product," he says. So, he made the decision to look to local companies for the process. The book, he says, will be printed by Van Lanen in Green Bay. The paper will be sourced from Appleton Coated. And the binding will be done in Germantown at Reindel Bindery.

"It seems contradictory to me to write a book about local Wisconsin breweries and then send it off to China to be printed. It should be printed here, by people in this state. And I’m going to do what’s right, if I can."

Copies of the "State of Craft Beer" are available for pre-order online $35 each. Customers won’t be immediately charged for the transaction. The book is expected to be printed in late February or March.

Layman Brewing brings back its fish boil and bottle release