Here's everything you need to know about this State Fair Staple, including how to go about eating one.

The great Milwaukee summer is HERE! Don't miss all of our great coverage on local festivals and happenings. Click here for your full summer line-up!

Your guide to having a great summer is brought to you by Potawatomi Hotel & Casino and Peoples State Bank.

If there's one food item that stands out above the rest at the Wisconsin State Fair, it's the iconic cream puff, a sweet treat which has been sold at the Fair every year since 1924.

This towering dessert is comprised of a light, eggy dough (pâte à choux) that's baked until airy and golden, split in half and filled to the brim with a tower of whipped sweet cream.

It's a creation that dates back to 1500s when a pastry chef working for Catherine de Medici's created the dessert for King Henry II. It would have been the ultimate of luxuries at that time, since fresh milk and cream were incredibly perishable. 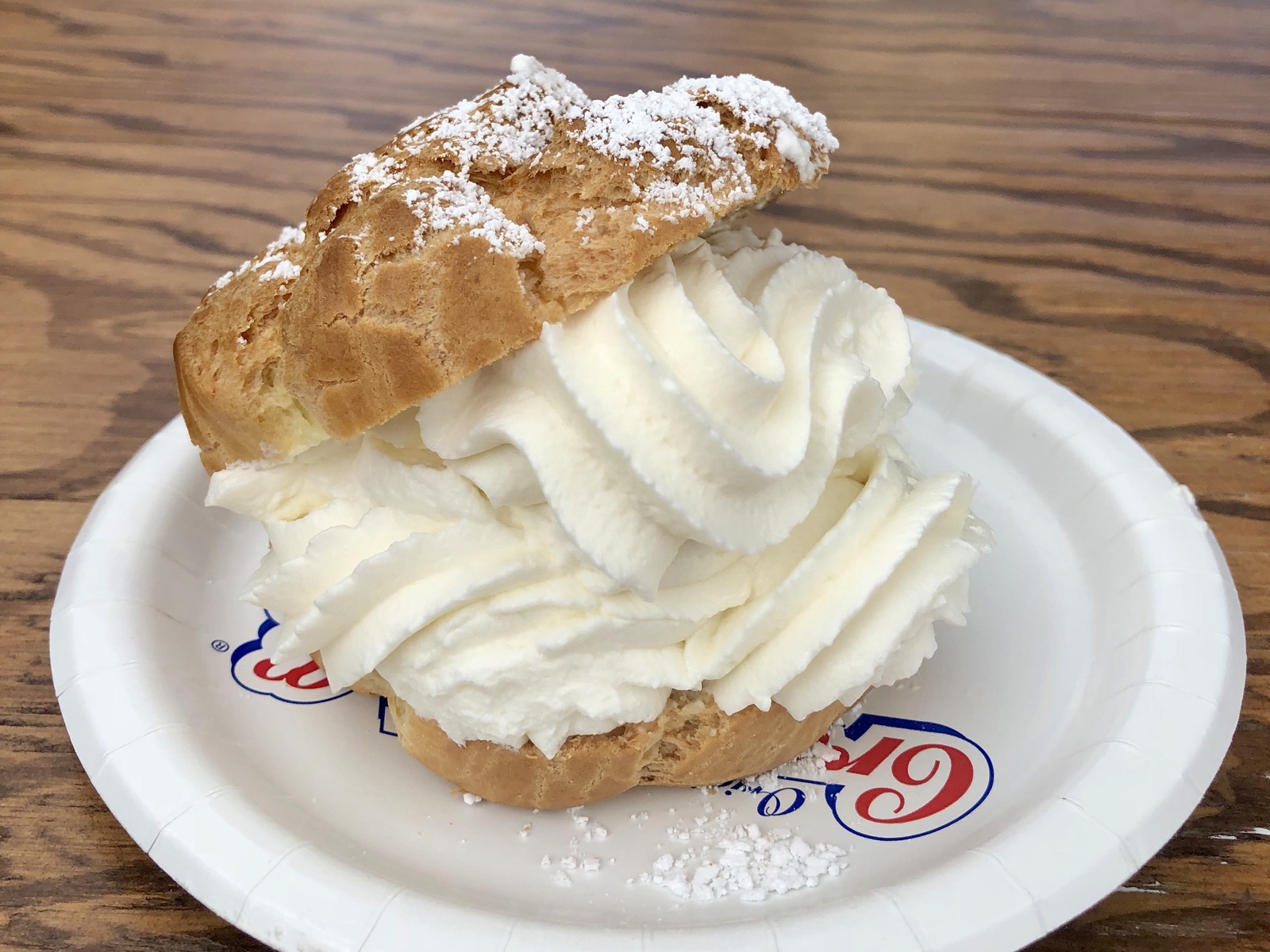 And the cream puff is truly the royal dessert of the Wisconsin State Fair where folks purchase 50 to 60 cream puffs per minute, consuming an average of over 400,000 in just 11 days each year. And, just in case you’re wondering, all of those puffs contain over 800 pounds of shortening and more than a ton of whipping cream. They also weigh in at a whopping 550 calories, with about 45 grams of fat per puff.

The dessert has become such an indelible part of culture in Milwaukee, it even has its very own Milwaukee emoji. 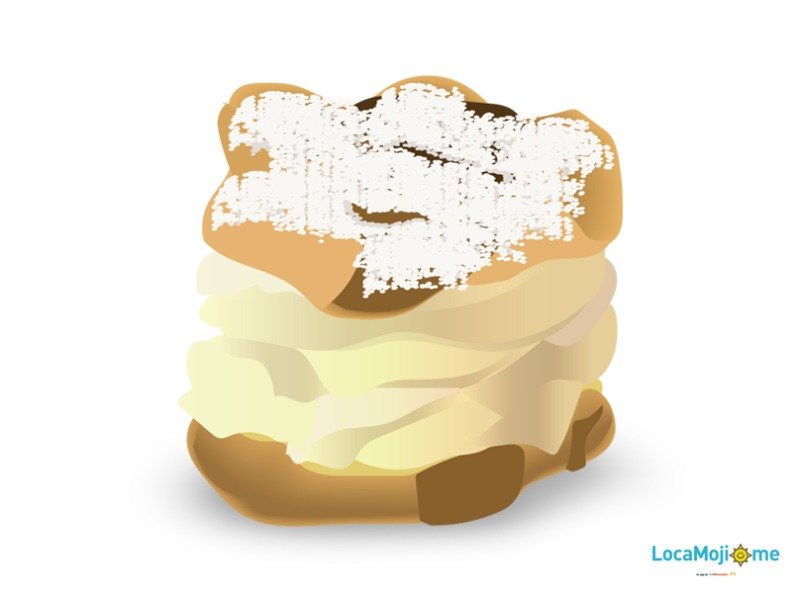 How to eat a cream puff

Cream puffs are serious business in Wisconsin. And, despite the fact that you can eat a cream puff in any number of ways (including straight-on stuffing them into your face, inevitably resulting in a mess of cream everywhere), here’s the easiest way we’ve found to tackle them. 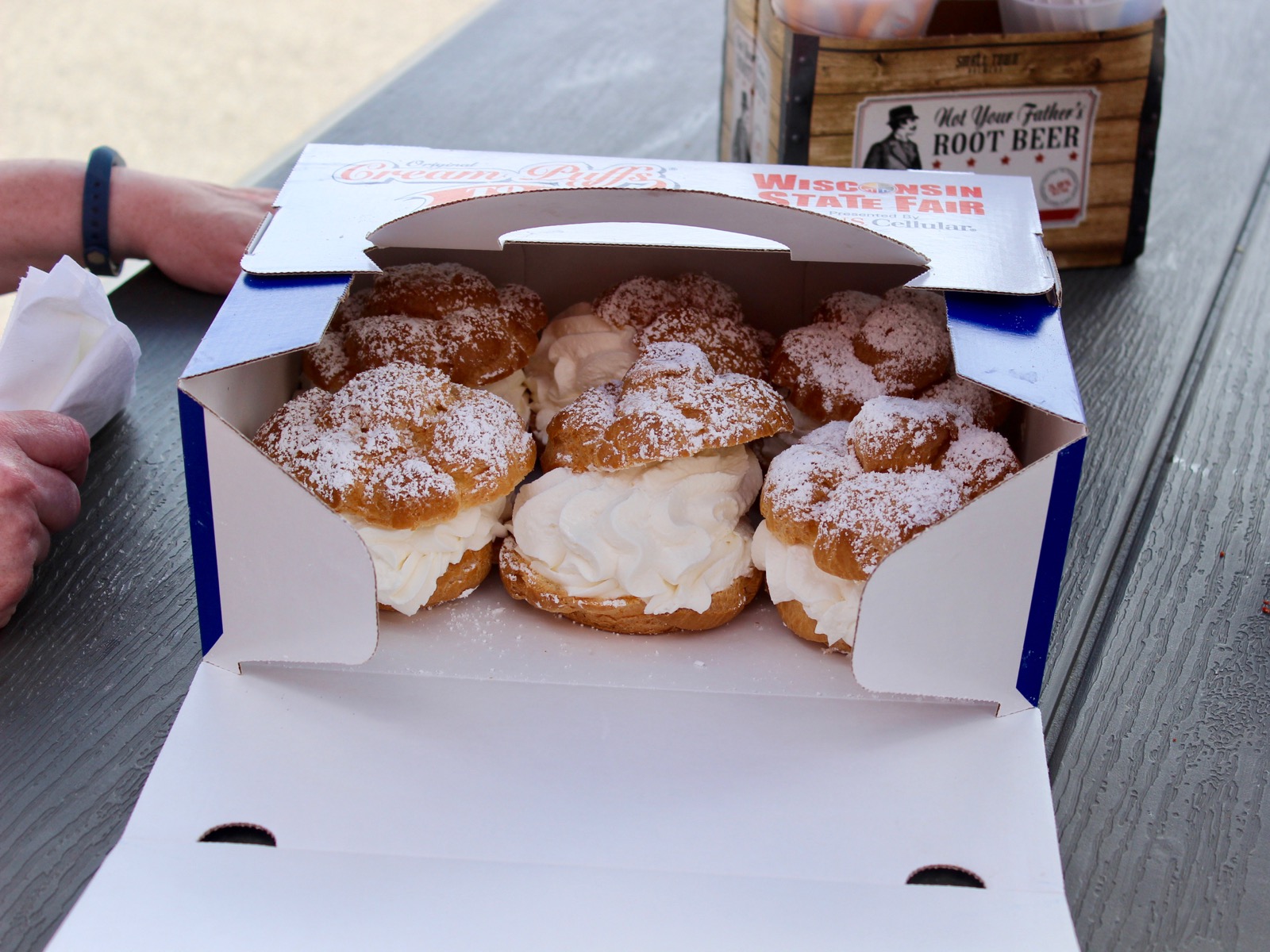 Where to get your puffs

There are three locations on the Fair grounds at which to grab a cream puff (or six). The biggest (and arguably the best) is the Cream Puff Pavilion where you can see each puff being made, with the Cream Puff express window found at the pavilion's north end.

But there are also two Cream Puffs To-Go satellite locations on either end of the grounds on Grandstand Avenue.

You can also pre-order cream puffs online for drive-thru pick-up at the Fair (available Aug. 8-12 Monday through Friday from 7 to 9 a.m.). Delivery is also available for larger orders within a 25-mile radius of Wisconsin State Fair Park thanks to transportation Milwaukee City Tours.

Tour the Cream Puff Pavilion with us!

Save the date: Here's when the Wisconsin State Fair will get moo-ving in 2023