As the beverage market grows, traditional sales are falling. But, that's good news for small craft beverage makers like Wisco Pop! who are fulfilling consumer's desire for healthier all natural products.

The beverage market is growing steadily. But sales for traditional soda products (think Pepsi and Coke) are declining. In fact, according to a recent report in Fortune Magazine, soda sales have dropped steadily for the past decade, as consumers increasingly shift their focus from high fructose and aspartame-filled beverages to juices, flavored waters and other "healthier" beverages.

Interestingly enough, one of the niche markets that’s benefitted from this shift in consumer buying is another type of soda. But this time it’s the craft variety.

If you’ve ever sipped a bottle of this Wisconsin-made beverage, which is steadily cropping up in restaurants, cafes and retail shops around Milwaukee, you already know that it barely resembles the cloyingly sweet concoctions most recognize as soda. And according to co-owner Austin Ashley, that’s the whole point.

"I really go for simplicity when it comes to flavors," he says. "There are a lot of things on the market with a lot of ingredients – things like ascorbic acid and sodium benzoate – but the goal for us is really to let natural flavors of the ingredients shine."

Another goal for Wisco Pop!, says Ashley, is to align itself with customers who share the company’s sense of values.

"We don’t use artificial flavors," he says. "We don’t use preservatives. And we’re making our products from scratch, using fresh ingredients like juice, honey and organic sugar. For a lot of companies, the questions they ask are ‘What’s hip? What’s cool?’... for me, it’s more like ‘What’s right?’"

"We’re very cognizant of where we’re buying from," he says. "I want to forge relationships that are not only good for us, but good for others, good for the environment … people who support their communities."

But despite their dedication to all natural and organic products, Wisco Pop! is careful not take itself too seriously. Take for instance this video, which declares: "Wisco Pop! It's a lifestyle."

Prior to his foray into pop-making, Ashley dabbled in a variety of food related businesses. Originally from Texas, Ashley worked his way through Colorado playing music and working in the restaurant industry. When he met his wife Hallie [Nicholes], whose brother Caleb co-founded Kickapoo Coffee in Viroqua, WI, he spent some time roasting coffee. From there, he worked for a time at Hidden Springs Creamery as a cheesemaker.

"I was a craft beer fanatic," he says. "And I learned everything I could about beer. And I spent a lot of money on beer. I’m not a guy who goes into anything halfway, so when I decided I could no longer afford my craft beer habit, I had to move on to something else."

In 2004, after reading the work of master fermentor Sandor Katz, Ashley started a small fermented foods business in Madison. He says he never really fell in love with the idea of sauerkraut or kimchi. But, he did get hooked on ginger beer.

"Eventually, I found a guy on Facebook who’d founded Rookie’s Rootbeer in Vermont. He was good enough to talk with me about the process of making soda. In the end, he told me: ‘Just go buy some kegs and do it.’ I didn’t take his advice immediately. But eventually his message was what put me over the edge."

Ashley says he spent a lot of time reading about starting a business.

"And I spent a lot of time dreaming," he says. "It takes so much time to really create a great product from scratch. I really stayed away from what people told me to do, and stuck with what I was capable of, what I had time to do, and what I could do in a quality way."

By July of 2012, Ashley and his wife Hallie took the plunge and launched Wisco Pop!, a craft soda company. At the time, production – which took place in a commercial kitchen space rented from a friend – was simple. Ashley used a hand cranked juicer and grated ginger by hand with a box grater. The soda was brewed and then transferred into kegs.

"I started selling first at farmer’s markets," he notes. "And around that same time I met my business partner Zac [Mathes], who owned his own farm. It turns out we were kind of like brothers from another mother. He had a farm and started a farm to table pizza company, and I kept bugging him to join me. One winter, I paid him to help out, and he stayed on." 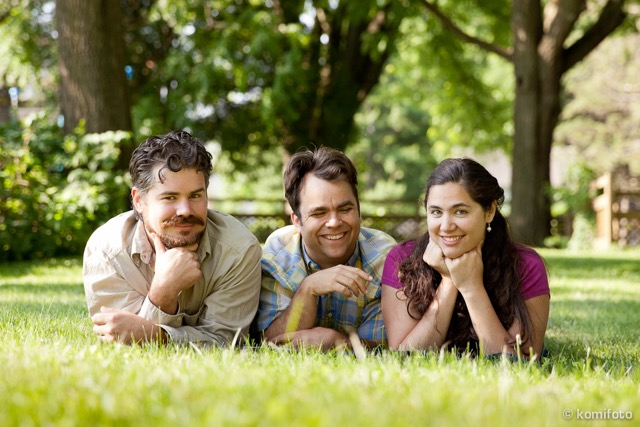 In 2014, Ashley met another local business owner, Sue Noble, who approached him to join the business incubator she’d established in Viroqua. At first, he hesitated. But, he says moving the business into the incubator was the best move he could have made.

"We’d just raised $24,000 through a Kickstarter campaign," Ashley says, "And then Noble – who is brilliant with grant writing – knocked on my door and told me she’d secured all the money we’d need to buy a bottling machine and push the business to the next level."

A semi-automatic bottler and commercial juicer later, and Ashley says he was producing around 200 cases a week. By June of 2015, Wisco Pop! had signed on with a distributor. And today, the company distributes to approximately 125 outlets, including restaurants, bakeries, cafes and cooperative grocers in both Wisconsin and Minnesota.

And business is booming. In addition to its three current flavors – ginger, cherry and root beer – this spring, Wisco Pop! will launch a new strawberry soda, made with just three ingredients:  strawberries, lemons and organic sugar.

"We’re also working on a lemon flavored sparkling water that we plan to launch this summer," Ashley notes.

In June, the business will also go through the necessary approval processes for USDA Organic certification, a goal Ashley says cements the values that have always been a part of the business.

"As a kid, I grew up with my grandparents growing okra, avocados, sweet potatoes," says Ashley. "They did a lot of preservation, and in the summer my grandmother would make me limeade. There was this from-scratch mentality that I always loved. And those values are part of what we every day. It’s about being committed to what we value most – the earth, farmers … things that matter."

Beyond Jack and Coke: Interesting cocktails made with soda