If you never thought of Wong's Wok as a local family business, think again. This fast casual restaurant has been serving up scratch made eggrolls and Chinese dishes since 1979.

Summerfest vendors come and go. But, some have a strong history – both in Milwaukee and at Milwaukee’s largest festival.

Wong’s Wok, founded in 1979 by Edward Chin, has become a staple for fest-goers for over 20 years, serving up tasty offerings like eggrolls, lo mein and fried rice to hungry crowds. And Chin’s daughter Jenny Norvik, now director of operations for the restaurants, says the festival has always been a part of her memories of the restaurant.

"My dad started the restaurants in the year I was born, so it was always part of our routine to come to Summerfest," she remembers. "He’d take us to Summerfest and we’d watch him at the booth where he would oversee all the processes. Then he’d take us on the skyglider."

Chin, Norvik says, ran a hands-on business, where he was always involved in the day-to-day operations.

"He’s very laid back and is able to take things as they come," Norvik notes. "And that really helped him to enjoy running his restaurant s as much as he did. He always had a passion for what he did."

Born in New Jersey, Chin spent most of his life in Milwaukee, where his family was enmeshed in both the Chinese community and the restaurant business. But, after graduating from school, Chin left his family in Milwaukee and headed across the country, gaining experience in the hotel industry while working in some of the nation’s largest cities. When he returned in 1978, he teamed up with his cousin, Paul Wong, and together they opened the first of many Wong’s Wok restaurants.

The two started with a restaurant at Capitol Court, and rapidly expanded from there. According to Norvik, the restaurateurs had up to 13 locations – some located in area malls, and some free-standing – during the heyday of the business in the 1980s.

"My dad has always wanted to provide an atmosphere where people could find quality food at an affordable price," says Norvik. "A lot of traditional Chinese restaurants have huge menus, but he really wanted to focus on the most popular and focus on making sure they were well prepared. So, when he started Wong’s Wok, he purposefully selected popular items that were big sellers in his parents and grandparents’ restaurants to put on the menu."

Items like the fried chicken recipe came from his grandfather, Joe Wong, a longtime leader in Milwaukee’s Chinese community and owner of the popular La Joy Chinese restaurant.

Chin also insisted that all of Wong’s Wok’s food be prepared in house, from fresh ingredients. So, everything from breading meats, making sauces, and building eggrolls was done in house. 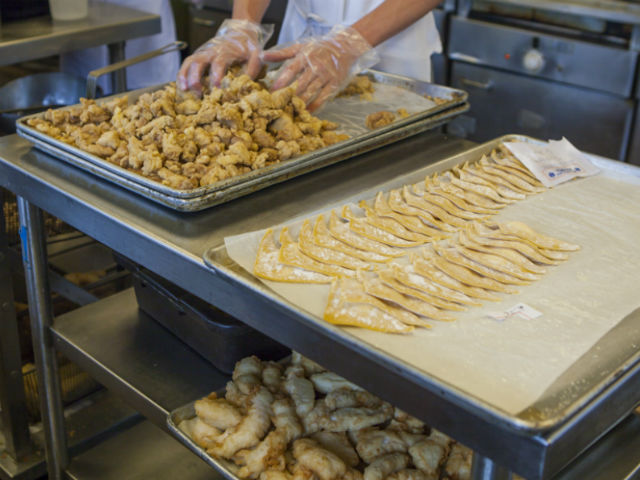 For 25 years, Chin led the operations at all his Wong’s Wok locations. But, by 2006, he decided it was time to hand over the family legacy to his children. He closed all but the most successful of the restaurants, leaving the business to his five children.

And while all the siblings have some level of involvement in the business, it’s Norvik who handles the day to day operations.

"I’ve been active in the business since I was 14, along with my brothers and sisters," she says. "I did not actually think that I would remain as active as I have. But, it’s become a part of my daily life and something that I want to be able to carry on for him, for my father."

Norvik says she still relies on advice from her father as she manages the operations at the two Wong’s Wok locations at 7424 W. Appleton Ave. and 3702 S. 27th St. But, she also has the assistance of long-time chefs as well as store managers, both of whom have been with the company for at least 25 years.

And despite changes in the Milwaukee landscape, Norvik says Wong’s Wok has stayed true to the ideals that her father laid down.

"We still work really hard on making all of our food as fresh as possible," she notes. "Ingredients are delivered fresh and everything is made in house and from scratch – including our egg rolls, crab rangoon and entrees. We do everything from marinating to breading the meats to making the sauces. It’s something I"m very proud of." 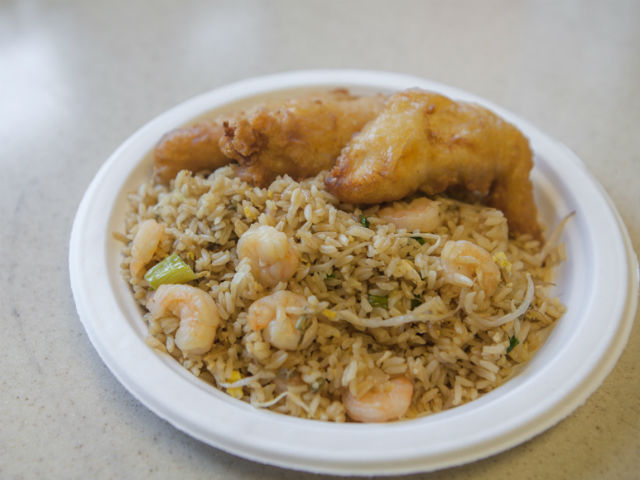 If the crowds around the Wong’s Wok booth at Summerfest are any indication, there are plenty of hungry Milwaukeeans who appreciate the quality of the food the restaurant produces.

And if you’re curious about which Wong’s Wok offerings sell best at the Fest, we’ve got the answers.

The combination plates sold at Summerfest, which include a choice of fried rice along with fried chicken, kowloon chicken, sweet and sour chicken or sesame chicken for $8.75 are one of the most popular offerings, followed by shrimp fried rice ($8) and the Imperial egg rolls, which contain a combination of pork and shrimp ($2.25).

As for Norvik, who is on the festival grounds every day during Summerfest, her favorites are the chicken lo mein and crab rangoon. And when she has time, she still enjoys riding the skyglider after work, usually with her 7-year-old daughter.