Where, what, who, why? Your definitive bar guide to watching the World Cup

The World Cup has begun and, while the U.S. did not qualify, that shouldn't stop fun-loving Milwaukeeans from joining in the fanaticism of the monthlong party that comes around once every four summers and celebrates global unity, sport and day drinking. There are myriad places to watch, but if you really want to find your special soccer spot, use this list.

The 2018 FIFA World Cup is underway and, while the United States disturbingly did not qualify for the tournament, that shouldn’t stop fun-loving Milwaukeeans from joining in the fanaticism of the monthlong summer party that comes around once every four years and celebrates global unity, sport and day drinking.

In 2014, the biggest World Cup festivities were indisputably on Brady Street, where Nomad World Pub created a (controversial) Brazilian favela and held two banging block parties. And while Nomad remains the local soccer pub godfather, there are plenty of other great options to watch the games this summer.

Caravan Hospitality Group, which operates Nomad, has opened two new internationally influenced sports bar concepts in the past six months, seemingly with an eye toward the World Cup; the Lowlands Group restaurants are excellent outside-Downtown spots, especially for watching the Western European heavyweights; several Germanic beer halls represent the city’s ethnic past and a chance to cheer one of the tournament favorites; Three Lions and Red Lion are still the best British soccer tavern in town; and the Highbury is always the preeminent place for true football fans to gather (or at least its regulars would say so).

Not to mention, there are myriad other excellent establishments that will surely be showing soccer. Basically, anywhere you go – assuming it’s open when the games are being played, which is mostly in the morning – will be a good time.

But if you really want to find your special World Cup bar, consult this list.

What is it? A huge, vibrant, indoor-outdoor pop-up bar and restaurant that Caravan opened in May with the implicit aim of making it Milwaukee’s go-to World Cup spot.

Who should go? Fans of the Latin American countries, especially Brazil and Uruguay. Also, those who want to be at the biggest, loudest, newest and most happening World Cup party.

What is it? A dyed-in-the-wool soccer bar, day-drinking institution and headquarters of the Milwaukee chapter of the American Outlaws supporters group that never delivers a subpar experience.

Why? When the U.S. plays, Highbury is an absolute madhouse. Without the Yanks in the tournament, the place is a little more of a soccer scholars club, where the atmosphere is low-key sipping of craft ales and the conversation high-minded discussion of wing-back attacking. But Highbury also has karaoke, trivia, FIFA tournaments and more during the Cup.

What is it? An authentic British pub that offers English and American fare, a variety of beers and other drinks and a casual, if passionate, soccer-watching vibe.

Who should go? Devoted fans of England – ardent, cynical, often self-loathing – and anyone who wants to cheer a French choke. Also, it’s the best true soccer bar north of Downtown, so if you’re a suburbanite who doesn’t want to come all the way into the city, this is your spot.

Why? Three Lions was started by English college soccer players who came to the U.S. and decided to stay, and the cross-cultural bar has retained that cool, laidback, hybrid attitude. It’s a solid joint to cheer on your favorite (favourite) EPL stars, like Egypt’s Mo Salah, and there’s a free brunch buffet – with the purchase of a pint – during all weekday morning matches.

What is it? A traditional beer hall modeled after Munich’s famous Hofbrauhaus, serving German brews, pretzels, bratwursts and more in a city built on its Deutschland heritage.

Who should go? Stern, older supporters and spoiled younger fans of Die Mannschaft, the most successful national team of the last two decades.

Why? Consistency. Germany likely is going to be playing for a while, so why not jump on their fully functional, energy-efficient bandwagon and become an OGBH regular? You can join the Stein Club while you’re at it. Otherwise, the Bavarian Bierhaus is a good option for Germany games, as well. 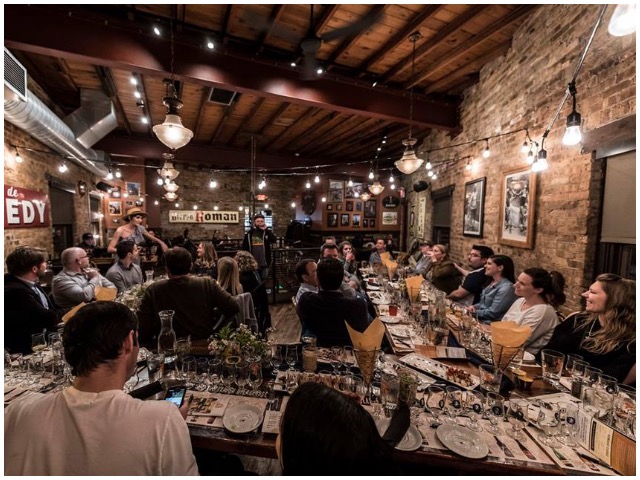 What is it? The Lowlands Group’s flagship property, a grand cafe akin to those found throughout the European Low Countries, especially the Benelux region of Belgium, the Netherlands and Luxembourg.

Who should go? Fans of, well, Belgium, a talented and trendy pick to win the tournament.

Why? Stella Artois drink specials and a Belgian cheese snack food feature, four locations outside of the rowdier Downtown/Lower East Side sectors to which you’re encouraged to bike, more than 100 beers and delectable frites. 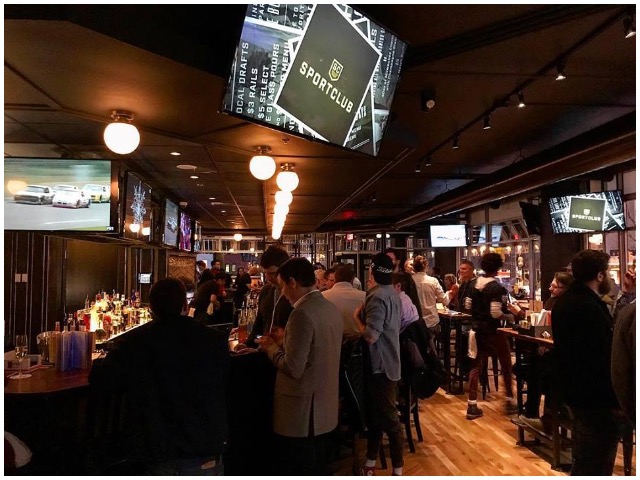 What is it? A unique concept that’s less interested in teams and players than embracing the "sport of celebration," as Caravan CEO Mike Eitel put it, emphasizing sophistication in the décor, menu and ambience.

Who should go? A centrally located, high-class, non-pub, this is for those fans who work Downtown and want to duck out of the office early.

Why? Because 7 and 10 a.m. kickoffs make it hard to justify both staying home and going to a bar in the morning, SportClub is the best friend of the 1 p.m. match viewer. An eclectic menu, strong WiFi and a laptops-welcome environment are useful for later rationalizing why you’ve been there five hours. 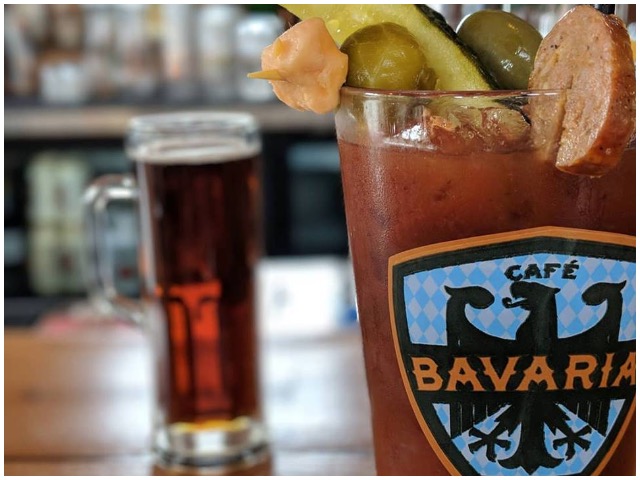 What is it? An old-world German tavern that serves beer, Bavarian-style cuisine and well-disciplined, often-victorious football on television.

Who should go? Tosa diehards (Bavaria is opening at 6 a.m. for some of the matches) and fans of the Milwaukee Torrent, who are coached by a German, Andreas Davi, and play their games at nearby Hart Park.

Why? Again, Germany is going to be contending for a few weeks, at least, and $4 Bitburger, $10 Yellow Card Bloody Marys, Pretzel French Toast and Bavarian Breakfast Croissant seem like pretty good ways to get you happily to the quarterfinals.

What is it? A refined UK alehouse offering Celtic favorites like Fish n’ Chips and Shepherd’s Pie with an English accent and a warm "Cheers!"

Who should go? It's the sister bar of Three Lions, so city-dwelling English fans can join their servers in agony and ecstasy here on Tannery Row.

Why? The playful banter. The free brunch buffet during all weekday morning matches, with a purchase. The outdoor rooftop patio and projector screen. The prime location, between North Ave. and Brady St., just east of the Milwaukee River and close to Downtown. The fact Red Lion is showing every game.

Where is it? 912 Milwaukee Ave., in South Milwaukee.

Who should go? Since taking over from his parents last year, owner James Moran has infused new energy and cultivated a loyal customer base of South Side soccer supporters. Fans of England and Mexico, in particular, will find family here.

Why? England is the house homeland, but the pub attracts a diverse crowd, with Moran prizing good soccer, conversation, community and inclusion over national allegiances. For each of Mexico’s World Cup games, Moran’s will be holding fundraisers for and donating proceeds to Mexican Fiesta. 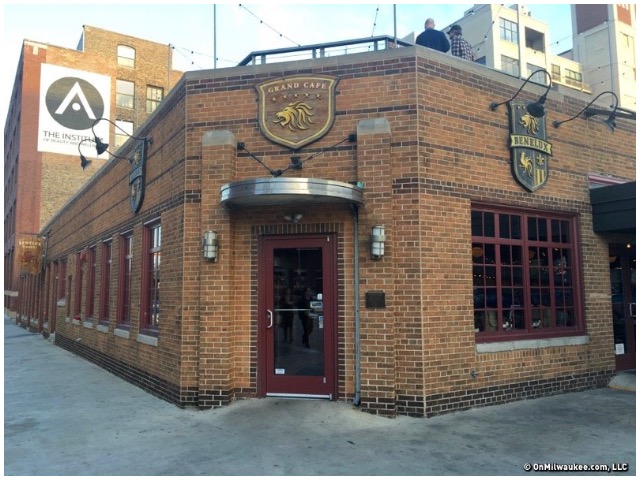 What is it? They’re two different Lowlands Group Grand Cafes but we’re lumping them together for the sake of space and sensibility, as both are spacious restaurants with Western European menus and extensive beer lists.

Who should go? Fans of Belgium, France, tripels and brunch.

What is it? The OG, an intimate, old-school soccer bar with myriad beers and the memories of great games – and footballing heartbreak – hanging from the tin ceilings and beer taps.

Who should go? Denizens of Brady Street, fans of the familiar and classic, peripatetics and lovers of the $5 shot-and-a-beer Prix Fix.

Why? Because there’s only one Nomad (even though there’s kind of multiple Nomads now), and it’s still the best spot on the best street in the best neighborhood to watch joga bonito, the world’s game.

Cheer for Mexico at Nomad Nacional, like dumb Landon Donovan would want you to

Nomad under fire for World Cup favela, owner vows to keep the art on display