Put down your snow shovel. Wuckfinter is coming to the Rayborhood on Feb. 23

It's time to bundle up, grab a tasty beer and offer up a big fat wück you to the winter chill.

Put down your snow shovels. It’s time to bundle up, grab a tasty beer and offer up a big fat wück you to the winter chill.

That’s because Wückfinter – the rollicking annual event hosted by Ray’s Wine & Spirits and 3 Floyd’s Brewing Co. – is coming. And you won’t want to miss the opportunity to get in on your share of rare brews, exceptional eats and the slew of winter wonders waiting to be enjoyed.

Festivities take place on Sunday, Feb. 23 from noon to 6 p.m. and include food from 3 Floyd’s culinary director (and former Wolf Peach chef) Cole Ersel, Bavette La Boucherie and Vanguard along with 27 3 Floyd’s brews, beer slushies, spiked hot chocolate and outdoor games like giant Jenga, Connect Four, bags and (if all goes well) beer pong. Wheel & Sprocket will also be showing off some of their winter biking gear from the Hugh Jaff fat bike series.

Yeah, yeah.  This is a beer focused event. But, the food is going to be pretty amazing too.

For one, Cole Ersel (former Wolf Peach chef  and current culinary director for 3 Floyds Brewing & Distilling) will be serving up a fantastic looking menu of brewpub staples, plus a couple of new dishes created just for the event.

"We’re always excited to come up for this event at Ray's," says Ersel. "It's literally the biggest tap takeover that we do. In the end, we want to showcase what we do in Indiana, but also do something really different for Milwaukee."

Among the choices for Wückfinter, you'll find:

Had to bring some Nashville hot chicken to the party 🔥 Steam buns with habanero butter, spiced dill pickles, cabbage slaw + cayenne aioli 🍗 Come ‘n’ get it from 11-5pm this Sunday 🍻

But that’s not all.

And Chef Patrick "Paddy" Joyce of The Vanguard has worked up a beer-infused menu featuring bratwurst and hot dogs (with a load of serve yourself toppings), along with specialty items like smoked venison cheddarwurst with fried kraut, Behemoth barleywine mustard and pickled cranberry preserves; vegan mushroom and Swiss sausage with cremini mushrooms, shallots, Behemoth barleywine mustard and crispy fried onions; a fried mortadella sammy with provolone, giardiniera aioli, lettuce, tomato, red wine vin on toasted brioche; and beer cheese potato soup made with Robert the Bruce, cheddar, Swiss and smoked gouda (served with or without brat slices) 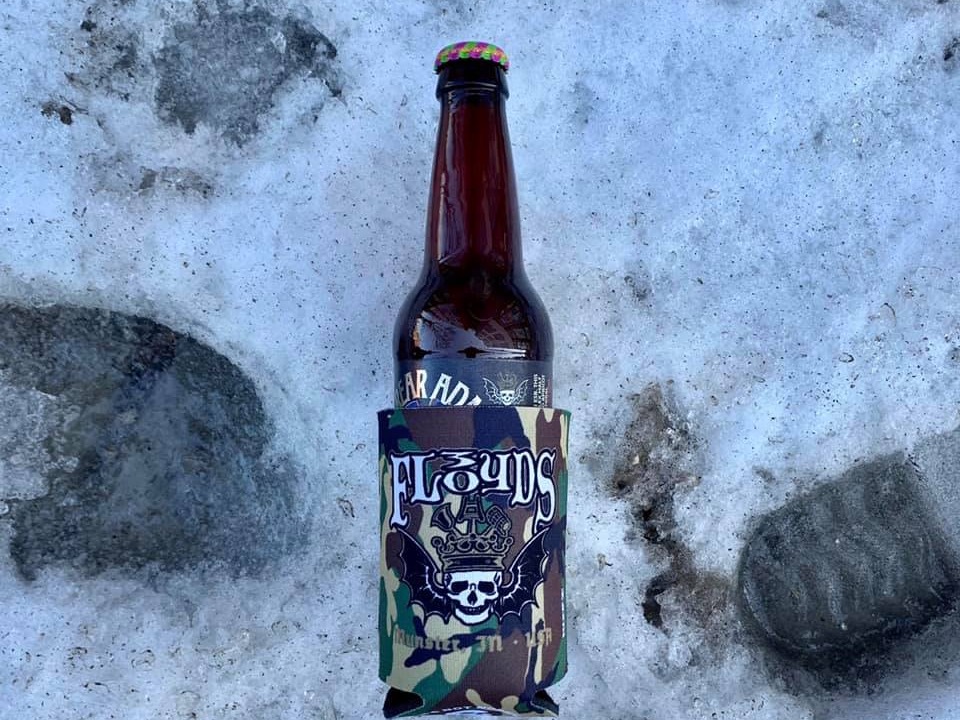 The beer won't suck either

"There are definitely beers that folks will be excited about," says Orey Laev of Ray's Wine & Spirits. "The most obvious of them is the Dark Lord Vanilla Militia. But overall, it’s a pretty spectacular line-up."

And he’s not wrong. Beer will be available both inside and out and selections will include a combination of iconic classics and rare seldom-in-Wisconsin pours.

You’ll also find a number of beers usually reserved for guests at the 3 Floyd’s brewpub. Those include:

And if you like how that sounds, you'll want to check out the timed tappings which will take place outside about every 90 minutes throughout the event. They will include:

There will also be the WückDeesko Slushie made with Deesko Berliner Weiss and infused with blueberry and mint; and hot chocolate spiked with liqueur to keep things nice and toasty.

Phun is brewing: Get ready for Phobruary, an annual celebration of pho