Wy’east Pizza will be the next tenant in the former home of Papa Joe’s Pizza & Pasta space at 5601 W. Vliet St. in Washington Heights.

Owners, Ann Brock and James Durawa – who owned a pizza cart by the same name in Portland, Ore. – purchased the foreclosed property from the city, closing the deal last week. If all goes well, the couple hopes to open in late autumn.

Wy’east, which will offer both carry-out and dine-in options, will specialize in a hybrid-style pizza using fresh, high quality ingredients. The finished pizzeria will sport a Forno Bravo gas-fired domed Italian pizza oven that will bake pizzas at 800 degrees or hotter in three or four minutes.

The dough, says Durawa, is really inspired by the long-time tradition of bread-making.

"It’s not your standard Midwest tavern-style pizza," he says. "Our dough is made fresh daily and undergoes an extended fermentation period, which really impacts the end product."

The approach extends the active life of the yeast and allows it to develop a healthy rise. A brief, high-temperature bake produces a pizza crust with an exceptionally puffy, crunchy exterior and a tender, airy interior. 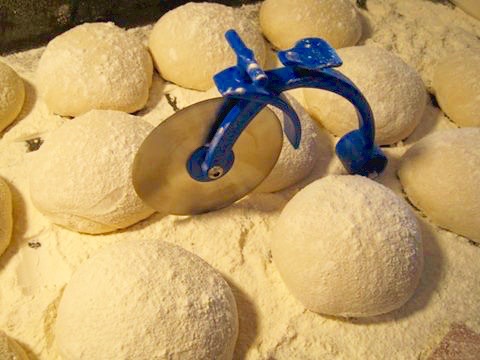 Durawa and Brock, who lived and ran their business in Portland before returning to Milwaukee to be with family in 2013, built their business brand on inspiration gleaned from hikes around the Pacific Northwest. The name "Wy’east" is derived from the original name for Mount Hood, a favorite hiking destination for the couple. It’s also a not-so-subtle reference to "yeast," the lifeblood of a pizza making business.

Names of Wy’east pizzas – like the Mattercorn, topped with cilantro-poblano pesto, spicy red peppers and sweet corn – are often plays on words, a tradition the couple plans to keep up with the Milwaukee business.

"One of our most popular pizzas is the ‘Goat Rocks’," notes Brock. "It was always a much-anticipated pizza during the springtime in Portland."

The pizza, named for the area in the Northern Cascades of Washington, features goat cheese, asparagus, lemon zest and chili flakes – a flavor combination Brock says she can "never get enough of." 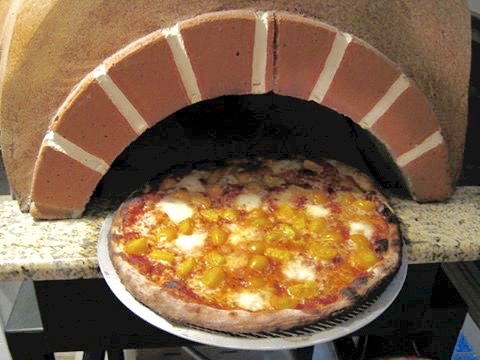 Currently, Durawa and Brock are working with local architect Ed Haydin of Arcint Architecture on revamping the little restaurant on the corner of Vliet and Hawley. The space, which needs renovation to bring it into alignment with city code, will get numerous upgrades over the next few months, including: quarry tile in the kitchen, fireproofing, plumbing, electrical and a lot of clean-up.

Brock notes that a variety of aesthetic and logistical changes are also in the plan – all focused on making the space more welcoming to diners. Ultimately, the proposal for the restaurant will allow space for about 24 diners inside. Patio space – to be added later – will add seating for 12.

The dream of opening Wy’east in Milwaukee has been a long time coming, says Brock, and closing on the space has brought a sense of gratefulness and optimism to the fore.

"We’re excited to be in a space with a roof over our heads – rather than making pizza from a cart," she says.

"And we’ll be able to offer beer and wine," Durawa adds, noting that Wy’east is also the name of a business in Oregon that produces pure liquid yeast cultures for brewing and fermentation.

"We’re so incredibly grateful to the city of Milwaukee and the Milwaukee Economic Development Corporation for being so patient, supportive and positive," says Brock. "This wouldn’t be a reality without them."

Look forward to more about Wy’east in the coming months, right here on OnMilwaukee.com.