X Ambassadors predictably and deservedly graduated to a larger Summerfest stage - from the U.S. Cellular Connection Stage to the Miller Lite Oasis - and a larger headliner time slot this year. Now they just need a larger set list, and they'll really be set.

By the time they took the U.S. Cellular Connection Stage last year at Summerfest, X Ambassadors was already starting to live up to the reputation as the heir apparent to Imagine Dragons. The pounding banger "Jungle" was popping up in advertisements and movie trailers, while the inspirational anthem "Renegades" was just beginning to do the same. Unfortunately, all that began after the band had been booked and slotted for the Big Gig, and the up-and-coming Ithaca-based rockers wound up playing an oddly early 6:45 p.m. set, a part of the Emerging Artist Series despite having seemingly already emerged.

One didn’t have to reach that far to predict a bigger stage and a better time in their future. Cut to just over a year later, and lo and behold, X Ambassadors predictably and deservedly graduated to a larger stage – the Miller Lite Oasis – and a larger headliner time slot on Wednesday night. With that, the band suitably brought a larger sound and greater sense of confidence to the stage, playing not as an Emerging Artist but as a firmly established Top 40 rock band hurriedly flying across continents and oceans to hit festival headliner gigs.

Now they just need to bring a larger set list, and the future will only continue to look bright. 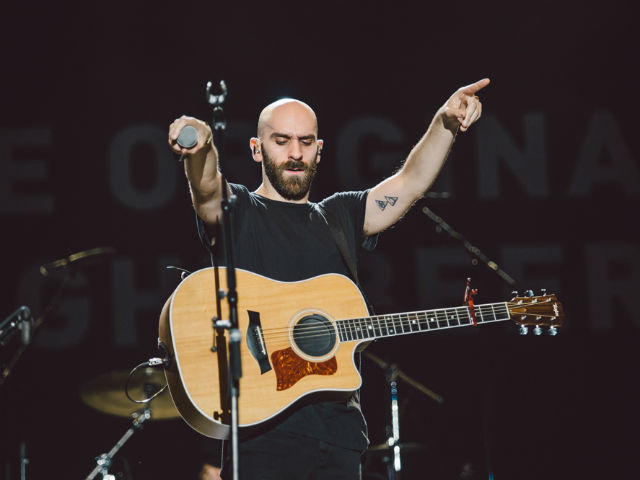 X Ambassadors opened up its Wednesday night set with a low-end-heavy but sufficiently energetic and rocking rendition of "Loveless." Though Imagine Dragons is the comparison point for the band – their first hit, "Jungle," featured a similar stomp-clap hook, and ID frontman Dan Reynolds helped push a label to sign them – X Ambassadors’ live sound has much more texture, from lead singer Sam Harris’ soulful, sometimes falsetto-dabbling voice to sax solos and a bluesy tone. All of that was to be found in "Loveless," a strong start for the band, showing they’d grown well into the spotlight.

The following "Love Songs Drug Songs" only further proved that point, as the rock song sounded much bigger and fuller this year than last. With fist pumps and swimming dance moves aplenty, Harris’ energy was high – only to be outdone by his bandmate and brother Casey, rocking out on the keyboards throughout the night – and his sax solo came through cool and clean.

After some filler riffing, X Ambassadors went into their most recent hit, "Unsteady," providing the rare live concert experience of a rocking ballad that got the crowd going and kept the energy (as well as all of the cell phones) up, rather than slowly smothering it (something the ensuing acoustic ballad "Litost" unfortunately did do, just a touch). As for "Unsteady," though, the crowd was fully taken in by the song, swaying their arms and iPhone flashlights in the air and loudly taking over the chorus both early and late for frontman Harris, who seemed genuinely touched by the overwhelming response.

It was a moving moment – made even more so by his post-song dedication to the city of Baton Rouge and Alton Sterling, telling the crowd, "We’re all hurting" – that unfortunately "Litost" couldn’t quite maintain. Back-to-back slow songs can make for a tough combination, especially with the high-energy demands of a summer music festival, and "Litost" was just a touch too long.

Luckily, it served as only a brief lull in the action as X Ambassadors moved into the preaching blues of "Low Life," which nicely grew and led into "Jungle," the band’s top true banger, played to its best stomping, thrashing, thunderous level Wednesday night. Much like last year’s performance, the band threw everything into the number, from Sam Harris ripping at a bass to brother Casey rocking out on the keyboards and saxophone. With a dedication to the young fighters in the crowd, the band then launched into their final big hit, the pounding, whiplash beat of "Renegades," with the same unfailing and all-in energy. It was a strong three-song crescendo on which to end the night. 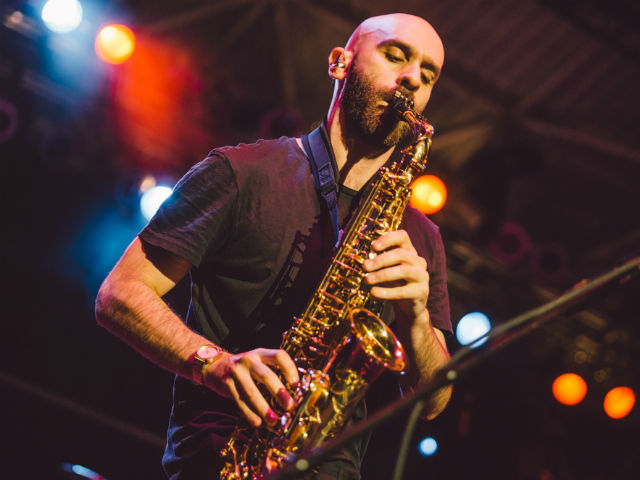 Indeed, after just seven songs, X Ambassadors were making their final waves to the crowd and headed backstage. Thankfully, they came back out for an encore of the energetically rickety "Unconsolable," but even with that final number, the set came in well under an hour. True, the band is quite new with only one full album of material, last year’s "VHS," under its belt, but less than an hour for a headliner act is a tough pill to swallow (made at least somewhat easier by the fact that it ended just in time for Sir Mix-A-Lot’s "Baby Got Back" at the Johnson Controls World Sound Stage; fate smiled on the youngsters in the crowd Wednesday night).

The short shift was the only part of X Ambassadors’ concert that didn’t seem to have grown and evolved from their early-evening, small-stage set last year. Otherwise, they undeniably sounded better and played bigger, and that’s what you want to see: growth. If they can find at least 10 extra minutes of material – whether it be through covers or deep cuts, a new song or even a work-in-progress – there’s little doubt they could grow even greater.