For 11 days every summer, the blocks on the borders of State Fair Park basically become parking lots for fairgoers. But is this legal? And how lucrative is it? Get all the answers right here, folks.

This article originally ran in 2017.

About 16 years ago, Donna Reinke bought a house on 88th Street and Schlinger Avenue in West Allis. She purchased the home in November and had no idea that her neighborhood would basically become a parking lot every summer during the Wisconsin State Fair.

"I went on vacation to the Dells, and when I came home, my entire yard was filled with cars, and there was my sister and my dad – in my yard, parking cars," says Reinke. "We've been doing it ever since."

Reinke and her sister, Denise Tanzilo, take 11 days of vacation time from their jobs to continue the tradition – one that’s an annual custom for many families who live on the borders of State Fair – of selling parking spots in their yards and driveways.

Reinke’s father, Dennis Doyle, passed away, but the sisters continue to use his hand-painted sign that simply reads, "park." 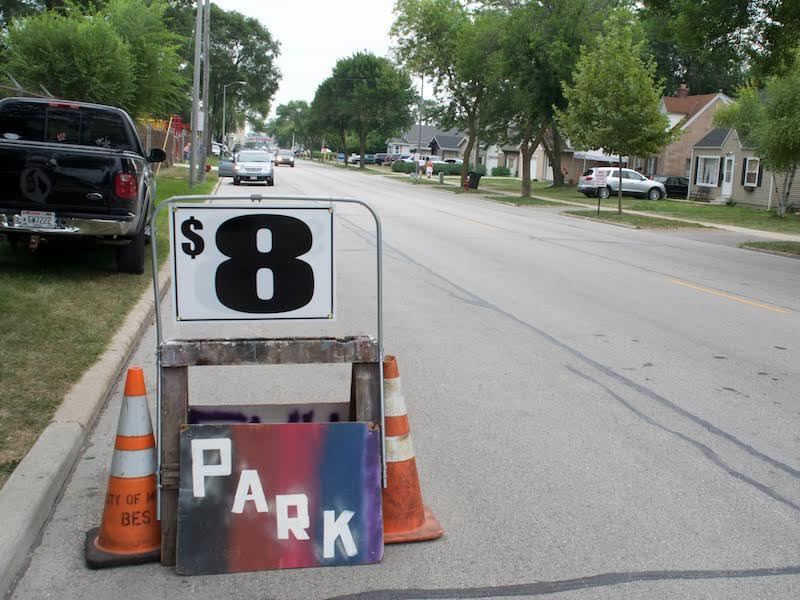 Parking prices vary from day to day, depending on demand, but Tanzilo says it’s usually $10 – which is the cost to park on the fair grounds – although they sometimes knock it down to $8 if it’s slow. Other yard lots charge more or less, depending on their proximity to the fair.

During the fair, people don’t need permits to park cars on their lawns, nor is there a limit to how much they can charge.

"The official policy is there is no policy," says Dan Devine, the mayor of West Allis. "A former mayor once tried to set up licensing, and there was a lot of backlash."

Although private parking was tolerated by the city of West Allis for decades, it only became officially legal in 2010 to park vehicles on unpaved surfaces during the 11 days of the fair.

"Some of these families have been parking cars in their yards since the '40s," says Devan Gracyalny, the president of the West Allis Historical Society and the vice chair of the Historic Preservation Commission.

According to Gracyalny, residents petitioned the city last year to put in new, sloped curbs on 85th Street that would make driving into the front yard easier – and they won.

"We are talking about a tradition that has existed in West Allis for decades," says Gracyalny.

Tanzilo says car parkers are competitive with one another, but they act neighborly.

"Oh it’s ‘the parking wars,’ for sure," says Tanzilo. "But if we’re full, we’ll recommend a neighbor’s lawn and vice versa."

Tanzilo and Reinke rake in about $5,000 parking cars during the fair, although they spend some of that money at the fair.

"We usually go to the fair for lunch or dinner with whoever in the family is around," says Tanzilo.

The sisters usually start waving their parking flags – which means they're open for business – around 10 a.m. and will stay out until 8 p.m.

"We enjoy it," says Tanzilo. "People come to visit us. It’s very social."

Every year, portions of Reinke's lawn dies by the time the fair is over, but she’s not concerned. "It comes back," she says.

Some fairgoers prefer to park in private lots because it’s easier to get in and out, especially if they are attending a concert. Other people like the tradition of it. Reinke and Tanzilo have numerous longstanding customers, including people from Illinois who always call ahead to make sure they have a spot for their vehicles.

"I also think a lot people just like the idea of parking on someone’s lawn. They get a kick out of it," says Reinke.

Bradley Felten and his family have a larger operation. They not only park cars in their yard, but also valet them to a nearby lot. Because their home is directly across the street from the fair's Gate 5 entrance, they charge $20 per car. 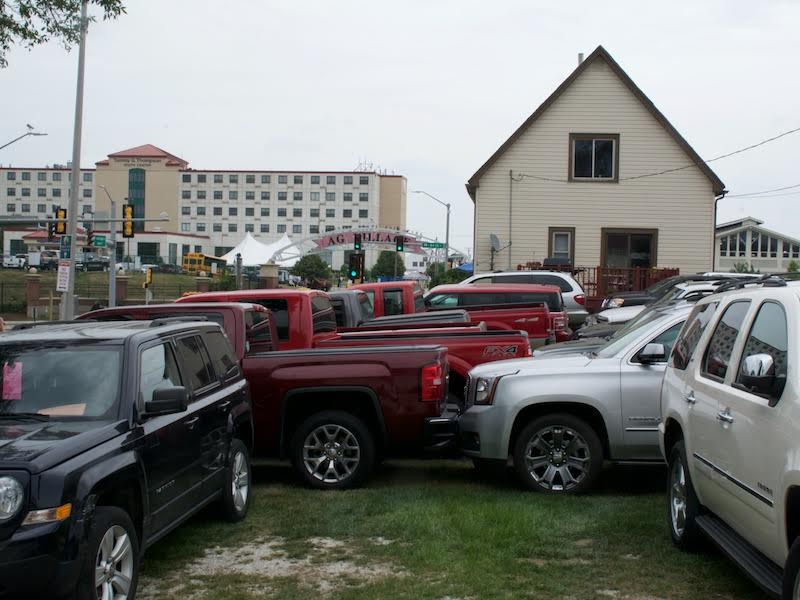 Felten, who is 33, has been helping park cars in his yard for almost half of his life. He also sells bottles of water for $1. Because the house is on a steep hill, Felten hooks the water bottle to a fishing pole to deliver it to the customer.

"On hot days, it sells itself," says Felten. 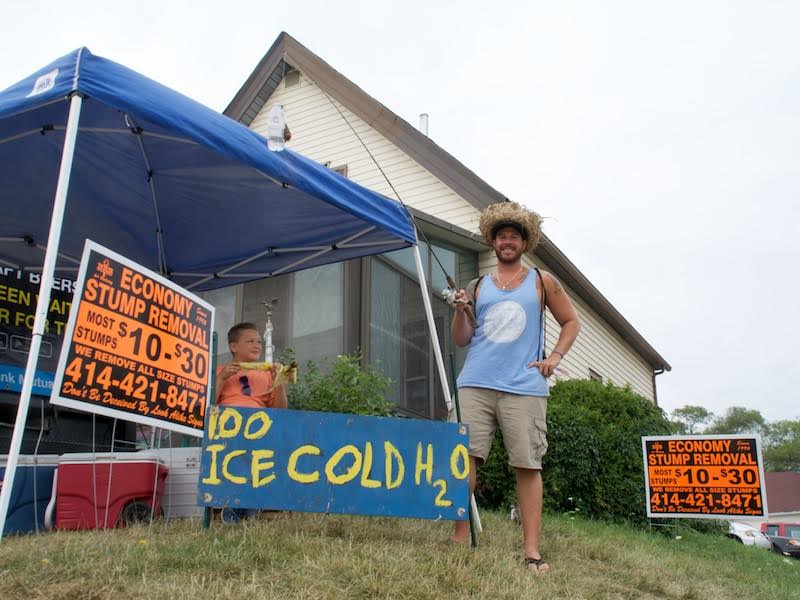 The Felten family also owns TomKen’s, 8001 W. Greenfield Ave. They close the bar and restaurant for the 11 days of the fair because business is slow.

In 2011, multiple fights broke out at the State Fair after a concert, including one right in front of the Felten home. Felten and his friend were in the yard at the time, and his friend saw a group of youths jump on a man and start beating him.

"He jumped into the brawl and saved the guy," says Felten. "For doing so, he got a $100 reward and a medal from West Allis."

Other than that one incident, Felten says parking cars and selling waters is usually a really good time and a chance to hang out with friends, family and neighbors.