Yokohama 1910, a ramen restaurant specializing in draft cocktails, will soon open in the former Yield space, 1932 E. Kenilworth Pl. The business is the latest venture from StandEatDrink Hospitality Group, which owns Movida and the upcoming Madrid Hotel.

Yokohama 1910, a ramen restaurant specializing in cocktails on draft, will soon open in the former Yield space, 1932 E. Kenilworth Pl.

Yokohama is StandEatDrink Hospitality Group's latest venture. The group also owns the upscale Spanish resturant Movida in Walker's Point and the Hotel Madrid, which is under-construction.

In an update provided by StandEatDrink today, we learned that the new restaurant, which is expected to open in fall of 2016 will feature a beverage program headed up by Beverage Director Dan Beres which includes a seasonal collection of Pacific Asian influenced cocktails, as well as draft saké-based sangria.

The menu, which will be designed by Chef Jessica Brandser, will include a variety of ramen dishes, as well as steamed buns and Japanese-inspired small plates.

Yield closed suddenly on Saturday, May 26, after the owners were unable to negotiate a renewal on their lease. 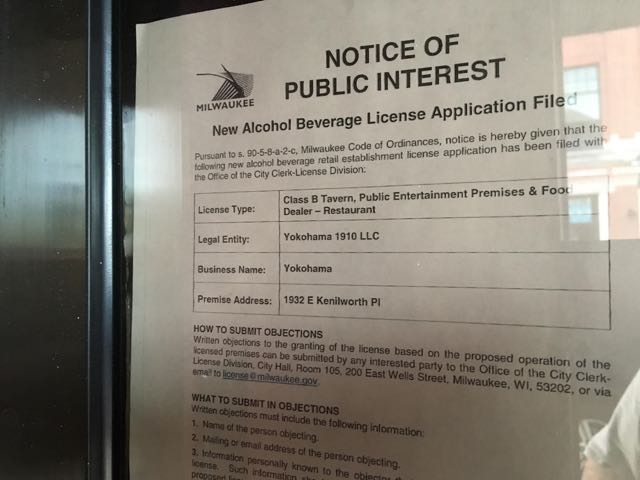