With a deep catalogue of hits and adventurous covers, these road warriors keep an element of surprise present at every show - and last night's headlining gig at the Amp was no exception.

By Meghan Chomeau, Special to OnMilwaukee   Published Jul 01, 2019 at 6:16 AM Photography: Dan Garcia

Zac Brown Band is easily my most seen band, and judging by the sing-alongs in Sunday night’s crowd, I’m not alone. Over the past decade, they’ve built a loyal Milwaukee following by visiting the city just about every year. With a deep catalogue of hits and adventurous covers, these road warriors keep an element of surprise present at every show – and last night's headlining gig at the Amp was no exception.

Brown kicked the show off with summery hits "Homegrown," "Keep Me in Mind" and "Knee Deep." The crowd greeted the band with the kind of energy most artists would be grateful to receive during an encore. From the first chord of the night, the American Family Insurance Amphitheater was shouting lyrics.

The band's new single, "Someone I Used to Know," was a standout in its set. Released earlier this year, the song’s video ends with Brown voice: "Pain and depression don’t discriminate. This song is me facing that part of myself. Of where I want to go and not where I’ve been." He then encourages people to seek the help and support they need without shame. It’s a beautiful message, and it was a treat to hear it live in Milwaukee for the first time. 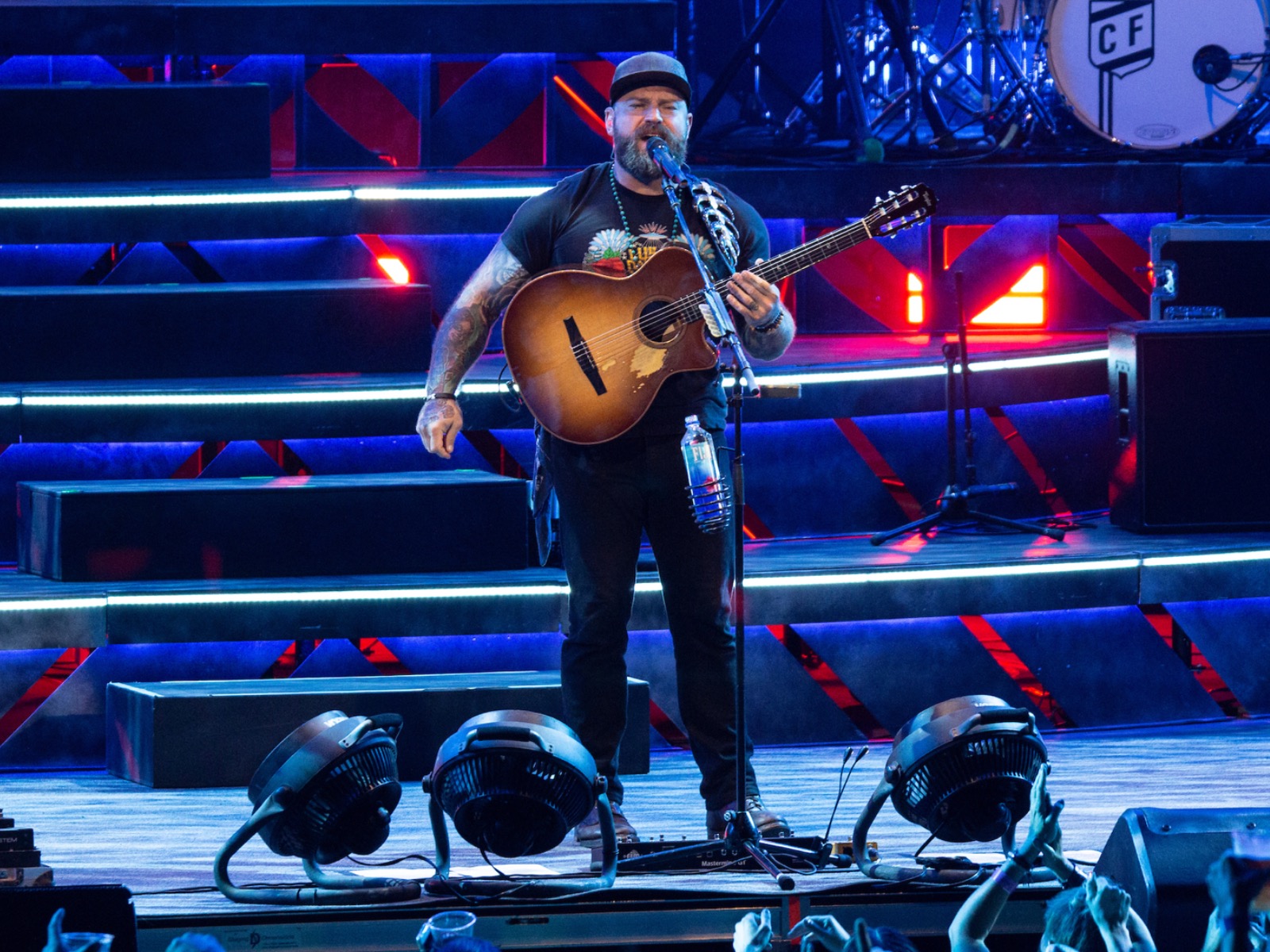 The show transitioned to an acoustic set with a game of Spin the James Taylor Wheel. Brown brought a little girl from the audience up to spin a wheel filled with James Taylor songs, and wherever the dial stopped decided the next cover. The winner was "You’ve Got a Friend." Pulling up stools to the edge of the stage, the show immediately took on a more intimate feel. Brown shared James Taylor was one of his greatest musical influences growing up, and his lyrics flowed seamlessly into the set.

Brown then joked "Now I know you all can sing" as he led the crowd into one of the loudest moments of the night with "Toes." They ended the acoustic set with a new song "Leaving Love Behind." Brown belted, "Everything we lose will be a gift in time, but the hardest part is leaving love behind." The heartfelt number was the perfect way to end the acoustic set.

Another highlight of the night came with the jaw-dropping mashup of "Colder Weather" and "Take It to the Limit." Brown pounded his heart while his eyes filled with a look of genuine gratitude. He ended the song clapping for the crowd.

What an exceptional night! Thank you, thank you, to my AMAZING brother for making this happen. You are so generous! I had such a great time with my mom and sisters dancing, singing, and pushing our way through the pit. I'm so happy to have had this experience with them! . Zach Brown Band brought the house down! New music, old music, great covers (Beastie Boys, Rage Against the Machine, James Taylor, Van Halen, Charlie Daniel's Band), insane visuals, Milwaukee atmosphere...can you ask for more? . A side special thank you to my dad who stepped in to make sure this happened even when all other plans fell apart. . What a great night. ❤ . #zacbrownband #summerfest2019 #bestbrotherever #inthepit #greatnight #thedevilwentdowntogeorgia #hetouchedmyhand

As Brown moved to the end of the set, he gave the crowd exactly what they wanted with "Free/Into the Mystic" and "Chicken Fried." With smiles all around, people raised their glass and sang along to the original ZBB hits. At this point, Brown had the crowd in the palm of his hand and was freed from any expectations. The night ended with a guitar battle and covers from Def Leppard and Rage Against The Machine. It was the band's chance to shine as they showcased their cross-genre talent and love for their craft.

After a two-hour setlist, a taste of the new album and a special Eagles mashup, Zac Brown will remain a Milwaukee favorite – one they certainly hope to see again soon!

"You’ve Got a Friend"
"Toes"
"Leaving Love Behind"