Ziggy Marley plays his music - and his dad's - at Summerfest show

The most notable performance by a Jamaican musician at the Big Gig took place Sunday night, as Ziggy Marley headlined the Harley-Davidson Roadhouse, playing a mix of solo material and songs by his former group the Melody Makers and his dad Bob.

Reggae is lightly represented at Summerfest 50, but the most notable performance by a Jamaican musician at the Big Gig took place Sunday night as Ziggy Marley headlined the Harley-Davidson Roadhouse.

Milwaukee turned out, too, packing the area and creating a steamy, swaying mass of humanity along the Milwaukee lakefront.

Touring on the heels of his self-titled disc, his sixth solo record, released last year, Marley – son of the late Bob Marley, as iconic a figure as popular music has ever produced – Ziggy performed a set that featured his dad's work about as much as his own, with a few Melody Makers tunes scattered throughout. 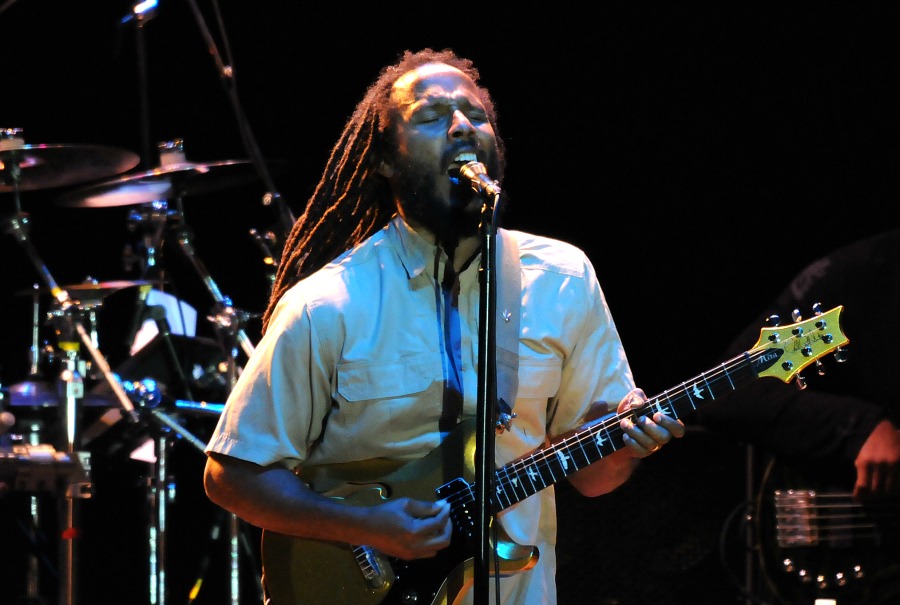 The young Marley made his debut with his sisters Cedella and Sharon and his brother Stephen in 1978 with cutesy tunes like "Sugar Pie" and "Children Playing in the Street." By the 1980s and '90s, the Melody Makers were making records like "Conscious Party" and "Jahmekya," which seamlessly paired pop, rock and roots reggae sounds.

At the dawn of the new millennium, Ziggy – who now lives in Beverly Hills – struck out on his own and continued nabbing Grammy Awards for best reggae album – a string of victories begun with the Melody Makers – at what seemed like breakneck pace.

The Melody Makers performed three times at Summerfest in the 1990s, and Ziggy played as a solo performer in 2014. 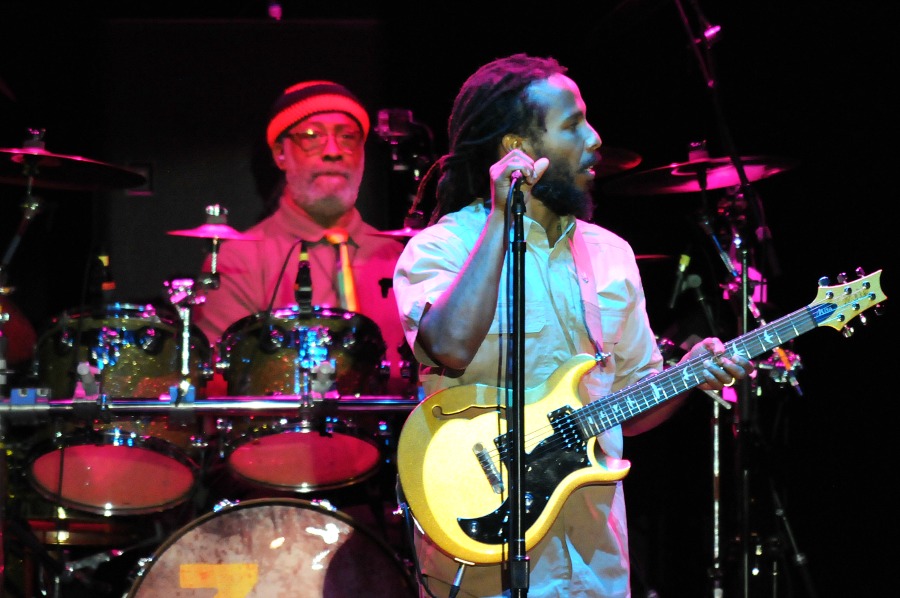 Although the 48-year-old Ziggy has now outlived his father – who died of cancer at just 36 – Bob's legacy looms large, and at Sunday night's show, Ziggy did nothing to try to escape it. In fact, he did just the reverse and embraced it.

While the set list was culled from a couple Melody Makers records and from the solo records Ziggy's made over the past dozen or so years, including the latest, "Ziggy," seven of the 17 numbers of the set list were Bob Marley songs (or were medleys that included at least one Bob tune).

For a while, I thought Ziggy should just play his own tunes and be his own man. But, maybe because I'm now a dad, I like to think that a father is at least some part of his son. Hearing Ziggy's voice, you hear Bob's. Seeing Ziggy's gestures and movements onstage, you see Bob's. Why deny it? 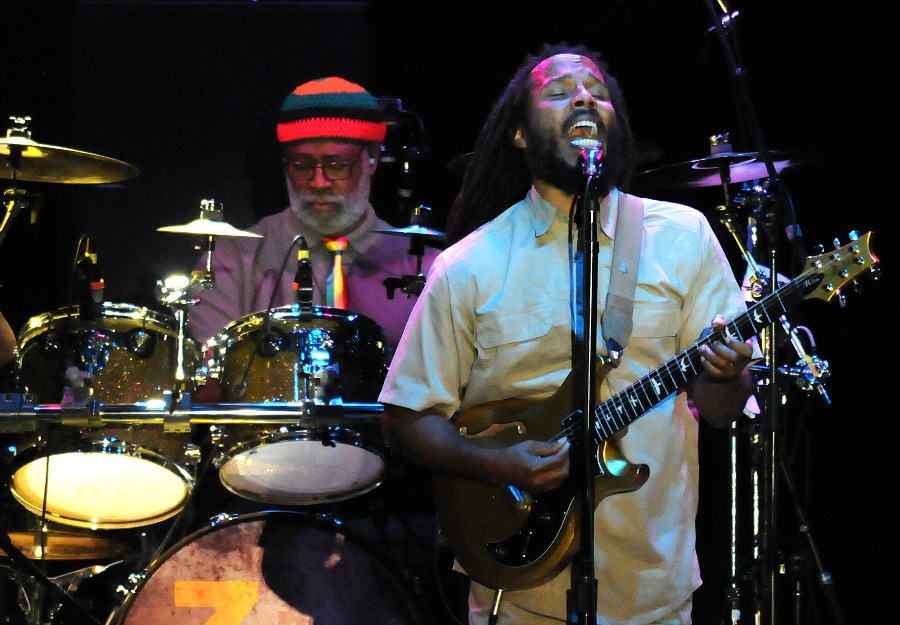 Ziggy grew up in his father's musical household. He was raised in the Tuff Gong studio making Melody Makers with his dad's band.

So, why shouldn't Ziggy play "We & Dem"? Why can't he end his own set with three tracks from Bob Marley and The Wailers' landmark "Exodus" LP, which turns 40 years old this year?

And, frankly, these songs were the highlights of the set, balanced with lighter Ziggy-written fare, like "Weekend's Long" and "Reggae in My Head."

When Marley tackles heavier themes as in songs like "Personal Revolution" and "Love is My Religion," the vibe is there, but less so the urgency and the revolutionary fervor that fueled his father's oeuvre.

Musically, Marley has surrounded himself with a crack band of backing singers, a keyboardist, two guitarists, a bassist and percussionist, all anchored by Jamaican studio veteran and legend, drummer Carlton "Santa" Davis.

And at the end, there were some special guests, too:

On the last song of the night, the title track from "Exodus," Marley's sons Gideon and Abraham made appearances onstage, continuing the same tradition that had Ziggy and his siblings dancing onstage at their dad's concerts.

Quite frankly I'm tired of this little guy coming on my stage and stealing my limelight.let's see if he tries it again tonight @Summerfest 😡 pic.twitter.com/zEKg4XSicu — Ziggy Marley (@ziggymarley) July 3, 2017

It bodes well for the future.

"Intro"
"Personal Revolution"
"True to Myself"
"Reggae in My Head"
"Top Rankin'/We & Dem"
"Wild and Free"
"Moving Forward"
"Rastaman Vibration"
"Weekend's Long"
"Tomorrow People"
"Stir It Up"
"Love is My Religion"
"Justice/War/Get Up, Stand Up"
"We Are the People"
"Jamming"
"One Love"
"Exodus"