Champagne, beignets and al fresco dining on the menu for Zisters in Elm Grove

"Champagne is the new coffee."

That’s the slogan behind Zisters, the new breakfast, brunch and lunch spot coming to the former Penelope’s Restaurant at 13425 Watertown Plank Rd. in the Elm Grove Park & Shop.

The restaurant, which is slated to open in early to mid-May, is the brainchild of (yes) two sisters, Gabbi and Betsi Zierath, who came up with the restaurant concept after spending three months traveling in Southeast Asia. 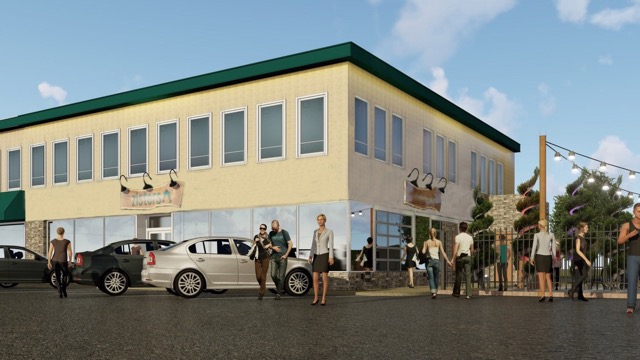 "In Bali, we ate at a restaurant called Sisterfields," says Gabbi. "The food was really organic and healthy, and the brunch vibe was really great. I think we went there almost every day"

Betsi nods, adding, "The vibe and the aesthetic was really modern and trendy. It was the sort of place you just felt compelled to take pictures because it was just beautiful."

Upon returning home, neither could get the place out of their minds. "We kept saying: ‘We really want a place like this,’" Gabbi says. "So we talked with our dad about it."

"Dad" just happens to be Dan Zierath, owner of The Zierath Restaurant Group and operator of Jacksons’ Blue Ribbon Pub in Wauwatosa, as well as The Thirsty Duck mini-bowls in Sussex and Wauwatosa, where Gabbi and Betsi work as event coordinators.

While scouting spaces, Zierath discovered that Penelope Demakopoulos of Penelope’s Restaurant was planning to retire and he made an offer on the building.

Plans for Zisters were approved in March by the Elm Grove Plan Commission, and crews are already hard at work, preparing the restaurant for its late-spring opening.

The interior design will be what Gabbi and Betsi call "clean and trendy" with a "rustic chic" vibe and a bright neutral palette. Garage doors will be installed on the north side of the building. They’ll open onto an extensive patio, which will seat about 100 guests.

Plans include the addition of festive cafe lights and an outdoor gas fireplace surrounded by soft lounge-style seating. 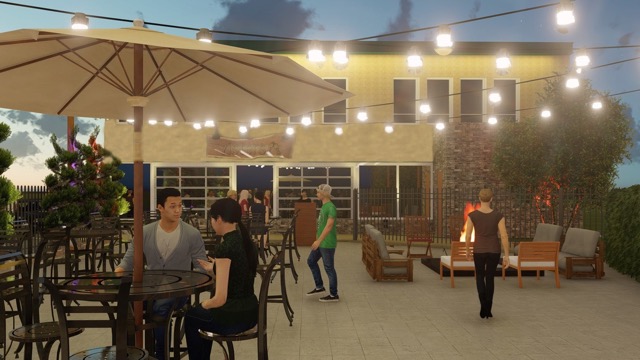 The menu at Zisters will – as the slogan implies – offer plenty of champagne. It will be available by the glass and bottle as well as in brunch drinks like the classic mimosa (which will be offered as a special bottomless option on Sundays). There will also be craft cocktails and an extensive wine selection.

There will also be fresh juices, coffee and espresso, all of which will be available at a special retail counter just inside the restaurant.

"It’s perfect for people who’d like a coffee while they’re waiting for a table," says Betsi, "and it’s also great for people who want to get coffee or juice to go."

Gabbi says that about half of the menu will focus on breakfast items, with the remaining devoted to lunch.

"We don’t want the menu to be overwhelming," she says. "We want it to be neat and easy to navigate." 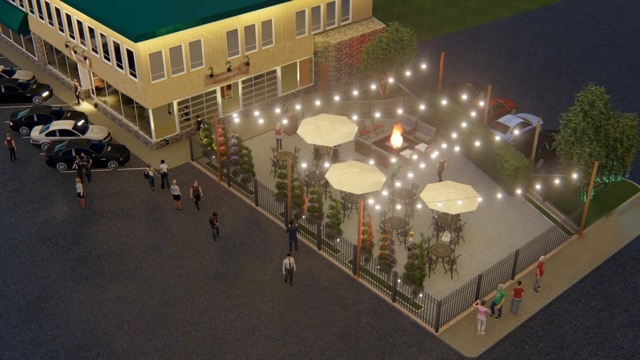 As a result, she says, they will have a curated selection of offerings, including trendy healthful items like caprese avocado toast, along with a variety of build-your-own items, including omelettes, breakfast burritos, pancakes and waffles.

Meanwhile, lunch options will include sandwiches, salads, flatbreads and a build-your-own burger option.

"We’ll have things like Impossible burgers and black bean burgers," says Gabbi. "We want to have something for everyone, so there will be a focus on vegan, vegetarian and gluten-free options. All of our ingredients will be organic and local whenever possible."

The Zieraths also plan to expand the hours to include Friday and Saturday evenings later on this summer. During dinner hours, they will serve a small curated small plates menu with options that change on a monthly basis.

Zisters will be open daily from 7 a.m. to 3 p.m., with expanded hours later this summer.

Watch OnMilwaukee for updates as well as a preview of Zisters in the coming weeks. In the meantime, you can follow the restaurant on Facebook.