Get ready for an overload of adorable, as the Milwaukee County Zoo introduced its newest baby giraffe, named Zola - a word of African origin meaning "to love" - to the world.

Get ready for an overload of adorable, as the Milwaukee County Zoo introduced its newest baby giraffe, named Zola – a word of African origin meaning "to love" – to the world. 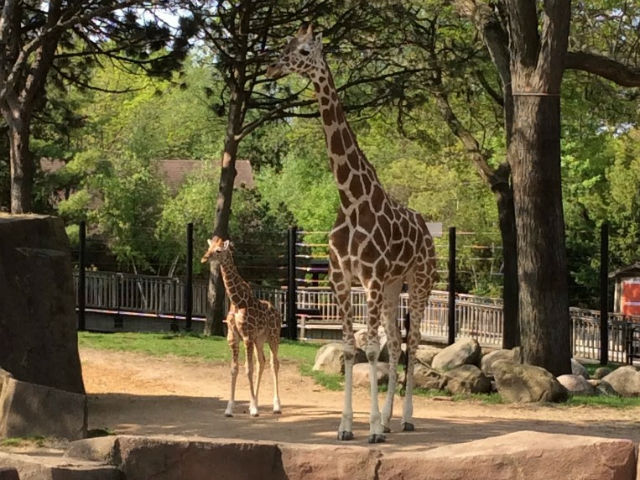 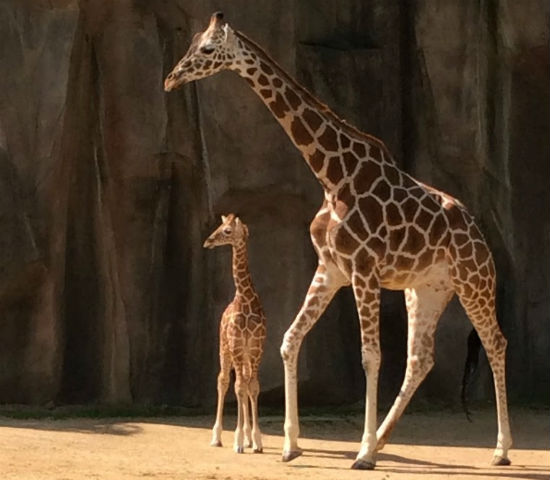 It's like a giraffe ... but smaller! His future long legs just little stumpy stilts now! I want to hug his little neck right now (am I allowed to do that, or is like a baby bird thing and the momma giraffe will disown the child if it smells something not-giraffe about it?). Bah, I don't care; Zola's great.

Speaking of "Zola," the name was chosen in an online poll on the Zoo's website, netting about 6,000 votes from 35 states for five finalist names (none of which were Giraffe McGiraffeface). According to a Zoo release, Zola received nearly half of the votes, making it the clear victor.

"I’d like to thank everyone here in Milwaukee and all around the country who participated in helping us choose a name for our new giraffe, Zola," County Executive Chris Abele said, in the release. "Zola means ‘to love,’ which is a fitting name considering how much there is to love at the Milwaukee County Zoo. I hope everyone is able to get out to the Zoo this summer to meet Zola!"

And now, for some more random giraffe excitement, here's two giraffes whacking the crap out of one another with their necks.