I've certainly had my share of Cinco de Mayo margaritas, but today I had my very first $100 margarita at Plum Lounge, 780 N. Jefferson St.

I’ve certainly had my share of Cinco de Mayo margaritas, but today I had my very first $100 margarita at Plum Lounge, 780 N. Jefferson St.

The 16-ounce margarita, called the Royal Blood Margarita, is made with Patron Piedra tequila – which costs the lounge about $400 a bottle. Piedra is barreled for three years in French oak and is a deep mahogany color which gives the drink an amber tone.

The cocktail, which was created by Plum’s bar manager JC Cunningham, also contains the equally pricey Grand Marnier 1880, an exclusive cognac that ages for a whopping six years before it's bottled.

In a word: smooth. The hints of vanilla juxtaposed with the salts provide a complex flavor. It’s one of those "dangerous drinks" that’s so refreshing and without a trace of booze burn that one could easily chug-a-lug it, especially when sitting on Plum’s beautiful and intimate patio on a sunny Thursday afternoon. (I’m speaking hypothetically, of course.) 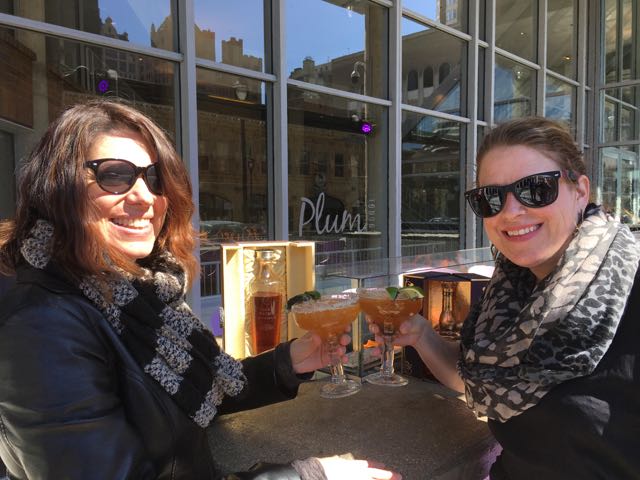 For customers with fat cocktail budgets, absolutely. You probably do only live once, and this is a really delicious and easy-to-drink libation. However, there are those of us who should probably save the Benjamin for the cell phone bill, and that’s cool, too.

Local restaurants you can support for Cinco de Mayo