What's in a restaurant? In this series, we ask chefs around the city to describe their restaurants in their own words and recommend three dishes that embody the best of what they offer. In this edition, we talk with Chef John Korycki of Harbor House.

What's in a restaurant? In this series, we ask chefs around the city to describe their restaurants in their own words and recommend three dishes that embody the best of what they offer. In this edition, we talk with Chef John Korycki of Harbor House.

Harbor House Executive Chef John Korycki is a first generation Polish immigrant born and raised on the South Side of Chicago.

"My mother cooked, so I grew up eating really good food … beet stew, pork stew, chicken noodle soup made with the whole chicken in the pot," he says, "It was real food. And to this day, very comfort food focused. I love simple food that’s prepared well. That’s who I am."

Korycki says that, despite his first job at a Sicilian pizza place located in his neighborhood, he never dreamed of being a chef. Instead, he went to school for electrical engineering and pursued his interest in cycling.

"What took me out of the neighborhood was my bicycle," he says. "Eventually, I joined a bike club on the North Side of Chicago and entered the bike racing community. It was fun. I loved hiking and cycling and I did it for nearly five years. Along the way, I learned that food was an important component. You paid lots of attention to what you ate and when, but we could eat like crazy."

But Korycki says he never got serious enough to make his full-time cycling hobby into a career, so he decided his love for food -- and his natural cooking abilities -- might be a good fit for culinary school. So he enrolled at Kendall College.

From there he worked at a variety of restaurants in Chicago and Arizona, including Spiaggia where he met and worked with Chef Paul Bartolotta.

"He won the James Beard Award during my first year there," Korycki recalls. "The culture and cuisine of Italy just blew me away, and I remained for three years before deciding I wanted to experience Italy for myself. I spent three months staging in restaurants and taking it all in."

His Bartolotta connection eventually brought him back to Milwaukee, where he opened Lake Park Bistro as sous chef under Chef Mark Weber and then took on the chef's role at Ristorante Bartolotta.

Eventually, he left Milwaukee to work at other Italian restaurants including Milano in Kansas City, Missouri and Zazzio's Italian Restaurant + Bar in Kalamazoo, Michigan, where he later took on the role of director at the brand new culinary school at Kalamazoo Valley Community College. After years of travel and more work in Chicago, he found himself back in Milwaukee last fall and accepted the role of executive chef of Harbor House.

"After four months, I’ve really begun to wrap my head around what Harbor House is," he says, "... a New England style eatery. And now it’s about thinking about what a Polish kid with a really solid Italian background can bring to the table. I love seasonality, so we’ll enjoy the fruits of that here … from morel mushrooms in the spring to blueberries, strawberries and Wisconsin cheeses.

"I’m looking forward to specials, be they weekly or monthly during the season, and I’m keeping my eyes on the calendar. There will be soft shell crabs in season … maybe a showcase of champagne and caviar. Maybe smelt and chips. Folks can also expect a little bit of Italy to bleed onto the menu. I’m thrilled to be given this realm and really work with our up and coming chefs to see what the capabilities of this kitchen really are." 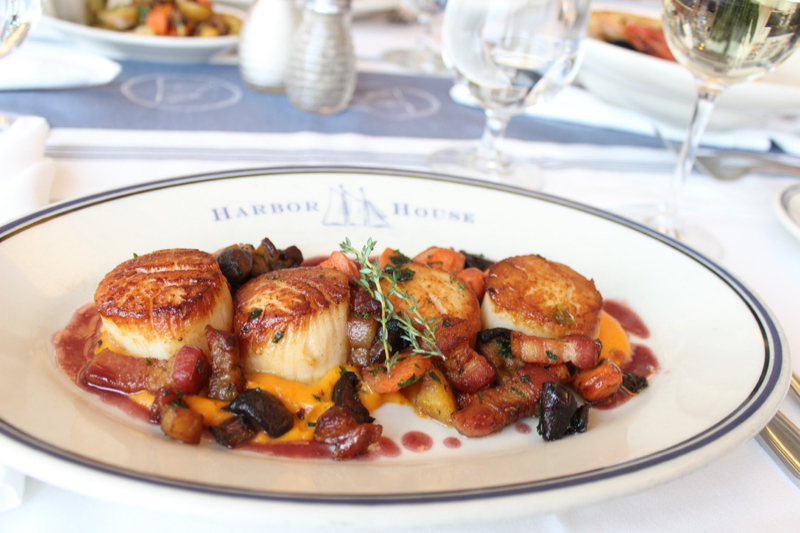 "I love scallops," says Korycki. "Along with halibut, they are my go-tos for introducing seafood to someone who says ‘I don’t love fish,’ They have a beautiful meaty texture and a beautiful crisp, salty crust when you put a nice sear on them. Here, we’re serving them with a winter vegetable medley … rainbow carrots, cauliflower and buttery sweet potato puree. Their sweet earthiness really goes beautifully with the scallops. The dish is also fun; it employs a beurre rouge, a red wine butter sauce … which just pairs really beautifully." 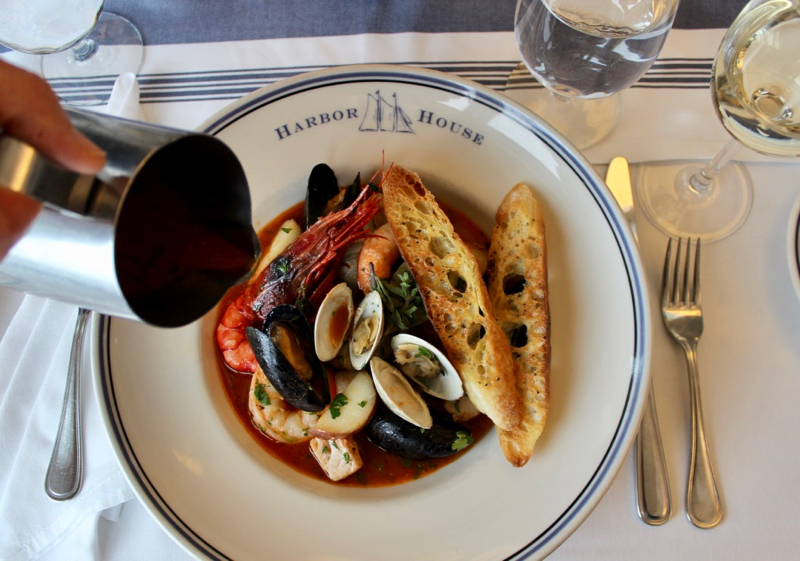 "If you’re up on the northern coast of Poland on the Baltic sea, you’ll find fish soup. In France and Italy, you’ll find fish and seafood in a pot … and every town along the East Coast has a version of this dish, named and prepared differently each time. To me, this is a dish that has it all ... hearty fishes that stand up to garlic, tomato and wine sauce … various crustaceans, bivalves and a number of types of shrimp. And you have to sop up all the broth in the bowl. This is an entree, but we’d always be happy to split it up as an appetizer course." 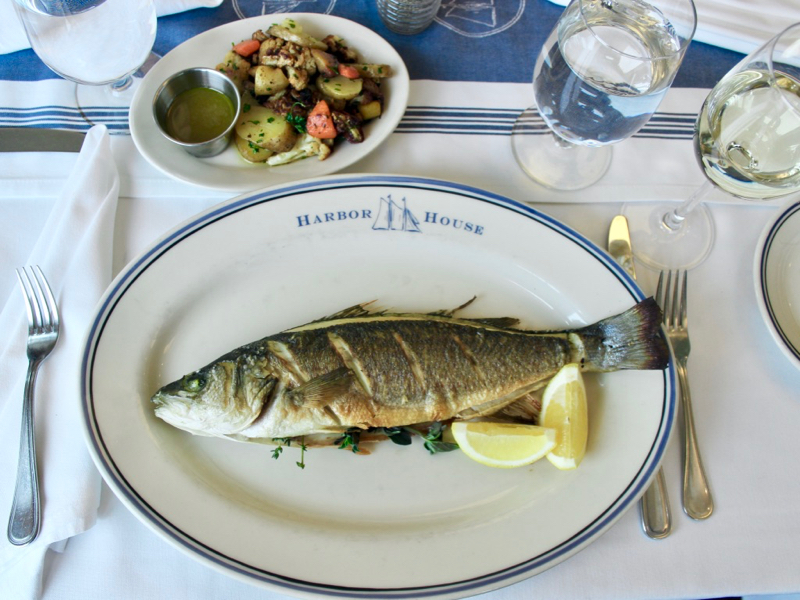 "This is a dish that shows that we care about the fish we bring in. It’s a beautiful fish that’s displayed on ice right in the restaurant; and to present it this way, it has to be fresh … the best."

"Sometimes people are surprised that there’s a head and a tail … but so many more are like: ‘THIS is why I came here.’ The beauty of it is, when the fish is fresh, you need to do little more than give it a burst of salt and a quick sear. It’s a good pan, good olive oil and the physics of cooking. We really want the fish to stand out. A little squeeze of lemon is all you need … it’s delectable. So we serve it simply with a seasonal vegetable side."