In this series, we ask chefs around the city to describe their restaurants in their own words and recommend three dishes that embody the best of what they offer. In this edition, we talk with Chef Erik Hansen of Supper, Milwaukee's modern supper club.

What's in a restaurant? In this series, we ask chefs around the city to describe their restaurants in their own words and recommend three dishes that embody the best of what they offer. In this edition, we talk with Chef Erik Hansen of Supper.

"I give a lot of thought to what Supper is, and what it should be," says Chef Erik Hansen of Supper." We’re constantly balancing peoples’ impressions of what a 'modern supper club' should look like. There’s so much history here. And what comes along with that are expectations – not only for what this place has been, but for what a supper club is. But, at its essence, I like to think this is a place that captures a real convivial attitude. It’s a place where people can eat some delicious food and have a really great time.

"For me, Supper has really brought into focus the idea that a restaurant is really about what guests want. It’s not necessarily about showcasing specific things. It’s about giving people food that they’re excited to eat. As a chef, you need to be responsive. And this menu is an exercise in that. 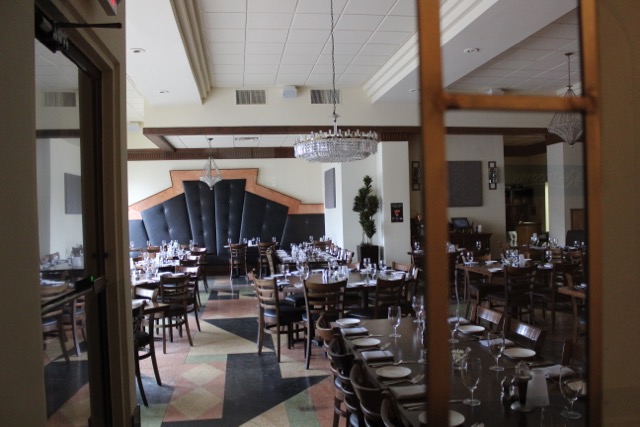 "When we opened, I thought Supper would really be more of a chef-driven menu. We took some liberties with dishes that were familiar – like Steak Diane – and put a chef’s spin on them. And that wasn’t necessarily what people wanted. So, we took that back to the kitchen. We’re really mindful of people’s feedback and suggestions as we make changes.

"In the most recent incarnation of the menu, we’re still having fun with certain aspects of the dishes. But, the goal is to give people comforting food that’s not only delicious and beautiful, but also simple and satisfying."

"The lazy Susan is quintessential to what Supper is. And since we’ve opened, the offerings have evolved based on what people really love. We’ve put new things on and taken them off as people respond to them. What we include on the current menu are really those things that people have a particular affection for. Everything is made in-house from the baguette to the pickles and the mustard. The braunschweiger is made from a recipe that Paul Funk developed. We’ve tweaked it a bit, but he’s really the godfather behind it.

"For me, personally, I can make a meal off of the lazy susan and not have to eat anything else." 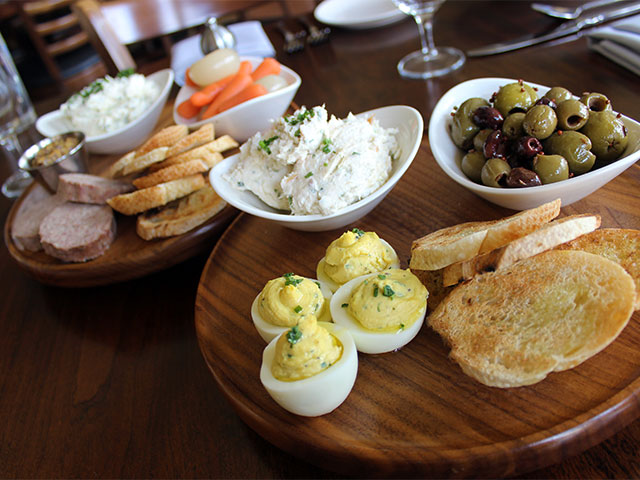 "This is really a dish of very simple straightforward flavors that just blend really well. It’s very emblematic of what I try to do more often than not, and that’s to let the ingredients speak for themselves. In the end, the goal is to create flavors that are simple, pleasing and bright.

"The building of flavor starts with the butternut squash, which is sweet. That’s caramelized with a bit of butter and salt and pureed with Sarvecchio parmesan and a bit of reduced amaretto. Then we pipe it into house-made ravioli.

"Pasta for me is a very homey thing. In fact buttered noodles is one of the first dishes I made for myself when I started cooking. It's so comforting. We underscore that a bit with the creaminess of the creme fraiche, which I brighten a bit with lemon zest. And that’s balanced out by the alkaline bitter component of the Brussels sprout leaves, which are just gently warmed in browned butter. The pomegranate seeds bring an added depth of flavor, in part because we caramelize the sugar just a bit before we pickle them." 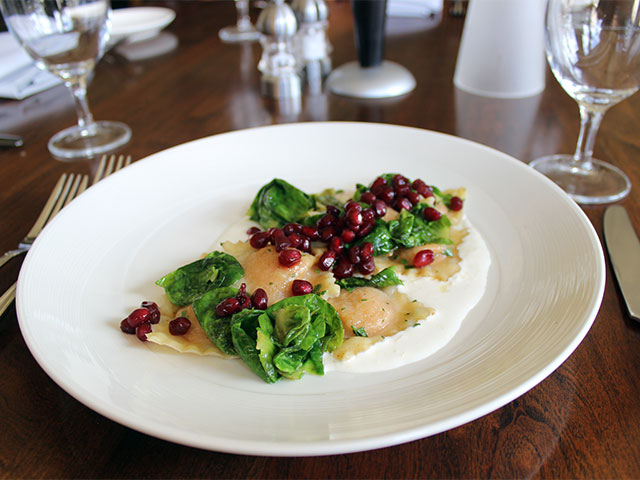 "This dish is simple, quintessential comfort food. We’ve all had different forms of braised beef in our lives. For me, next to osso bucco, veal cheek was one of the foods that really made an impression on me early on. And in a way, using the cut really highlights and encapsulates the idea that we have the privilege of eating and enjoying an animal; but we also have a responsibility to consume the entire animal and not just the choice cuts. Veal cheek is a bit more chic these days, but it’s still a part of the animal that people don’t always have a chance to eat. And we love to highlight that as much as we can.

"As far as the preparation goes, we season it and give it a straightforward sear. Then we braise it with red wine and aromatics just until it’s tender and about to fall apart. We let the meat cool down in the liquid; it really helps to bolster the flavor and really set up the consistency. To serve it, we warm up the cooking liquid with a bit of onion jam and we serve it all with good old fashioned buttery mashed potatoes." 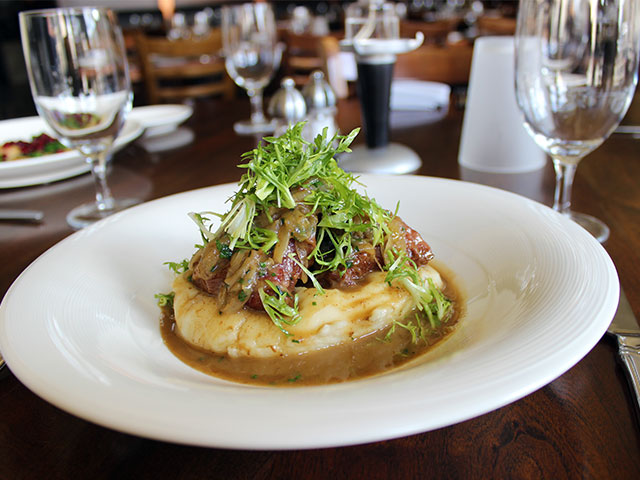 In addition to the regular menu, Supper also offers daily specials including fresh pasta specials and half-price featured bottles of wine on Wednesdays; baby back ribs, fries and coleslaw on Thursdays; fish fry on Fridays; dry aged prime rib with potato and vegetable on Saturdays; and fried chicken dinners on Sundays.