In this series, we ask chefs around the city to describe their restaurants in their own words and recommend three dishes that embody the best of what they offer. In this edition, we talk with Chef Thomas Hauck of Milwaukee's iconic Karl Ratzsch.

What's in a restaurant? In this series, we ask chefs around the city to describe their restaurants in their own words and recommend three dishes that embody the best of what they offer. In this edition, we talk with Chef Thomas Hauck of Milwaukee's iconic Karl Ratzsch Restaurant.


"When I was in culinary school, we had to write a report about the type of restaurant we wanted to own," recalls Chef Thomas Hauck. "And the whole point was to create a concept that we could replicate as a chain or franchise. At the time, I thought a German concept would be really cool. So, I modeled mine after Karl Ratzsch.

"Now, in hindsight, that’s a horrible idea. But, I’ve always had a love for Karl Ratzsch. Eight years ago, I remember coming home from D.C. I was trying to convince my wife to move here. We had dinner at Sanford, L’Etoile and Alinea in Chicago. And then we went to Karl Ratzsch. Stepping into the restaurant was like stepping into a piece of history. There was absolutely nothing like it."

"When we finally moved back to Milwaukee, I kept my eyes on the restaurant, because it was such an important part of Milwaukee and its history. Starting about two years ago, I became concerned that it was no longer held in the light that it should be. So, I began a series of conversations with the owners. As time moved on, I expressed my desire to own it." 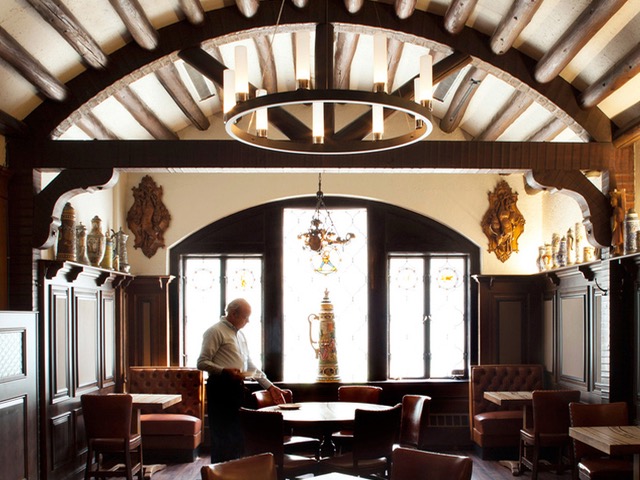 "My thinking when I took over the restaurant was simple. I wanted people to experience the restaurant as it was intended to be experienced. And I wanted to know that this restaurant would be around when my son, Sammy, turns 21. I want him to be able to come here with his friends, grab a beer and some schnitzel … and then wash dishes to pay for it all."

"The roots of Karl Ratzsch are still embedded deeply in the way the restaurant operates. Diners walking into the restaurant today can experience Milwaukee history and lore firsthand. They can sit in a dining room that’s been around for 87 years and eat at a place where Richard Nixon, Joe McCarthy, Paul Newman, Bob Hope, Liberace and JFK ate."

"The goal is always to honor the dishes that made Karl great. We’ve streamlined things, and we’ve used more of a modern way to get there; but essentially we’ve gotten back to making the scratch-made fare that the restaurant was founded on. Karl was a smart guy. And I really believe that, if he and Mama were here now, this is how they would want it to be."

Sauerkraut has taken many forms in appetizers at Karl Ratzsch’s over the years. There was one particular dish that featured sauerkraut and cheese rolled inside pastry. The fritters are an evolution of that dish. They’re made with sauerkraut, landjäger and emmentaler cheese. It might seem a bit modern or different when you think about classic German fare, but it totally makes sense. 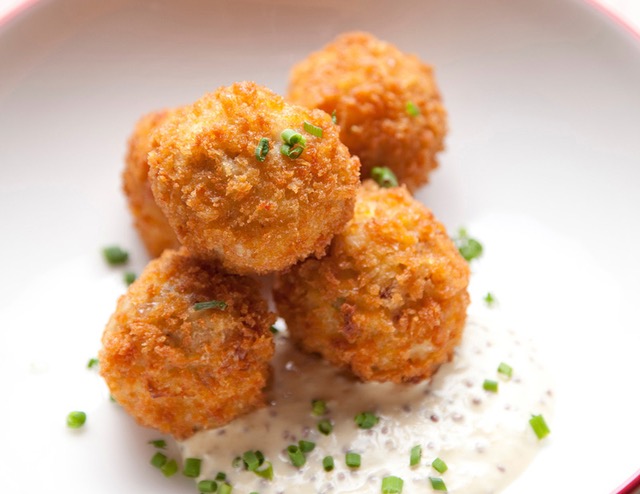 The first time I had this dish, I thought "Who wouldn’t want to eat this?" It’s just delicious. There’s a nice briney flavor from the capers and we use really high quality boquerones (anchovies), so they really add to the dish. The pork isn’t too thin, so it still has bite to it. Ingredient-wise, it’s all about balance. You need all of the components – the egg, the anchovies and the capers – together, and it really makes a fantastic dish. 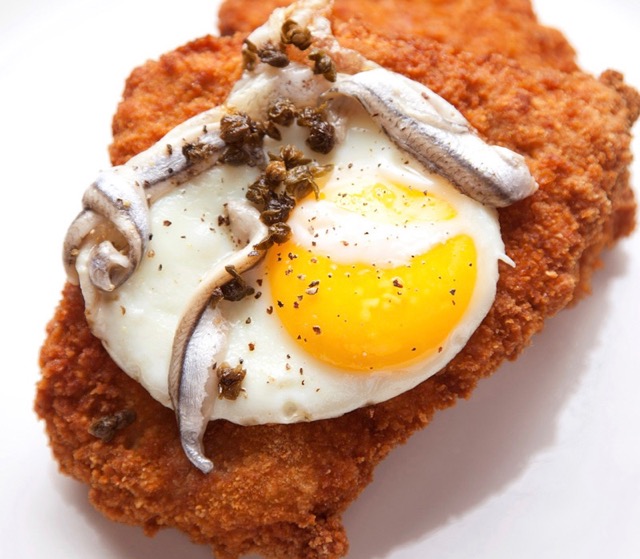 This is one of the dishes that really captures the spirit of Karl. It’s been a staple at the restaurant since the 1940s. Our method varies a bit, but it has delicious results. We brine the pork shank for two days and braised for eight hours. And then it’s flash fried so you get the super crispy exterior along with a slightly soft and gelatinous fatty layer … it’s like really good barbecue. And we serve it with spaetzle and sauerkraut. And it’s a meal! 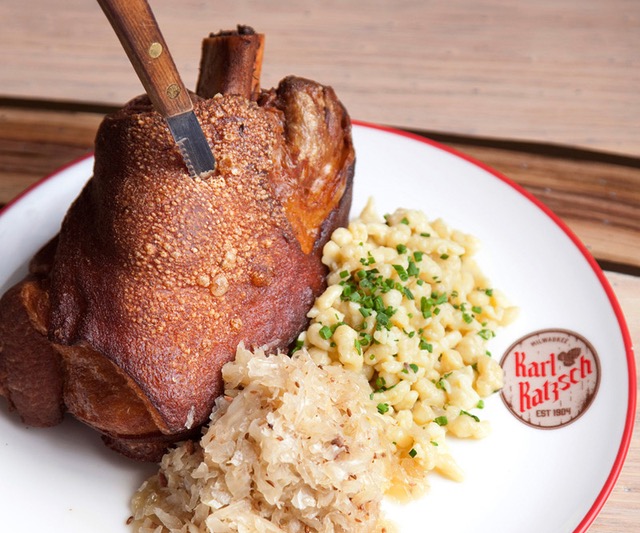