In this series, we ask chefs around the city to describe their restaurants in their own words and recommend three dishes that embody the best of what they offer. In this edition, we talk with Cristina and Jason Tofte of Tofte's Table in Waukesha.

What's in a restaurant? In this series, we ask chefs around the city to describe their restaurants in their own words and recommend three dishes that embody the best of what they offer. In this edition, we talk with Cristina and Jason Tofte of Tofte's Table in Waukesha.

"We’ve been together for almost 20 years, and married for 17," notes Cristina Tofte. "Since we’ve been together, when we go out to dinner, Jason always orders the food. It keeps coming and we’re sharing all of the dishes. It provokes conversation and interaction. We’re laughing. We’re trying each others plates, and it’s just a more full experience."

"So, we wanted that for our guests. For us, the shareable concept is really an opportunity for people to taste a variety of different things without necessarily committing to one particular dish. The food comes out as its prepared, so you can enjoy it in a leisurely way."

"We’re a place you can come to where you’ll find something for everyone," adds Chef Jason Tofte. "We have meatloaf. We have octopus. We have french fries. And fried chicken. But, there’s also blue crab and tuna tartare." 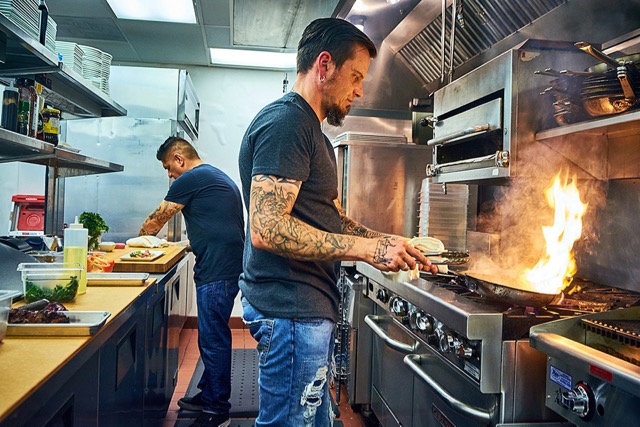 "I’m not a big molecular gastronomy guy. I’m a fan of the classics: braising, grilling and sautéing. We use tools like an immersion circulator; but, the point is really to help the ingredients speak for themselves. We’re not covering things in heavy sauces. And we’re cooking with the seasons."

"In terms of atmosphere, we wanted to keep it relaxed," he explains. "Service is attentive, but very casual. It’s as if you’re coming to dinner at our home. This space is simple, straightforward, clean. When you come in, it’s about you, the people you’re with and sharing a meal. The decor isn’t meant to distract you. It’s about being with other people and creating new memories on the basis of food."

"You’ll find yourself drinking out of mason jars," notes Cristina. "But you’ll also drink your wine from really beautiful glasses. Our roots are in fine dining, so we’re buying the best ingredients we can get. But, we’re incorporating that with the sense of family that’s really meaningful to us."

"I love Latin American food, and I also really like duck. This dish brings both of those things together along with some Asian ingredients. So, it’s really a twist on the classic dish. Since we sell these by the piece, it makes a really nice little starter or just something you can order to round out your meal. I also have this really useful talent for getting people to like things they don’t think they like. So, if you think you don’t like duck, this could be the dish that changes your mind." 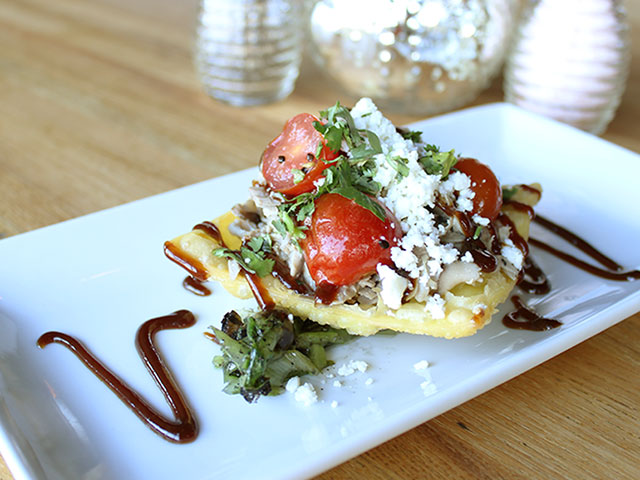 "Visually, I think octopus is really a cool ingredient," notes Jason. "And when I was designing the menu, I wanted an offering for someone who was a bit more of an adventurous eater. Another reason I chose it was because it presented a challenge for me. I’d never really tackled it before, and I wanted to give it a try. I worked on it for quite a while during the build-out for the restaurant and came up with a preparation I really love.

"First, we slow simmer the octopus for an hour to tenderize it. Then we cool it down and marinate it with lemon and herbs, and then we put it over a really hot grill to give it a really crispy char on the exterior and a really nice flavor. Another thing to note is that we don’t overdo the marinade, because you really want to be able to taste the octopus; it’s delicious. I’ll say, this was probably the biggest gamble I took on the menu here, but people really love it." 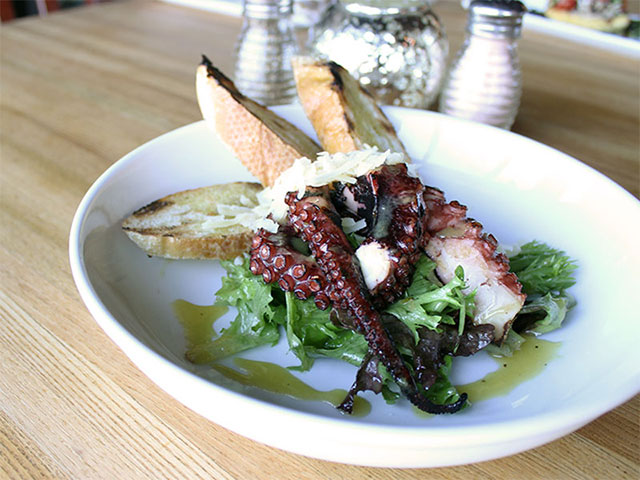 "The thing about short ribs … they’re a longtime favorite of mine. When people ask me what my last meal would be, this would be it. Braised meat is one of the best things there is. It’s so simple, but it’s also really easy to ruin if you don’t know what you’re doing. The reward, when you do it right, is this piece of meat that absolutely tender and juicy. And it has this really rich flavor that epitomizes what beef tastes like. Right now, this is our number one best-selling item, so it’s a staple. But, as the seasons change, we’ll probably change out the dish a bit. Right now, it’s root vegetables. But, in spring maybe we’ll do spring peas or ramps and lighten up the potatoes." 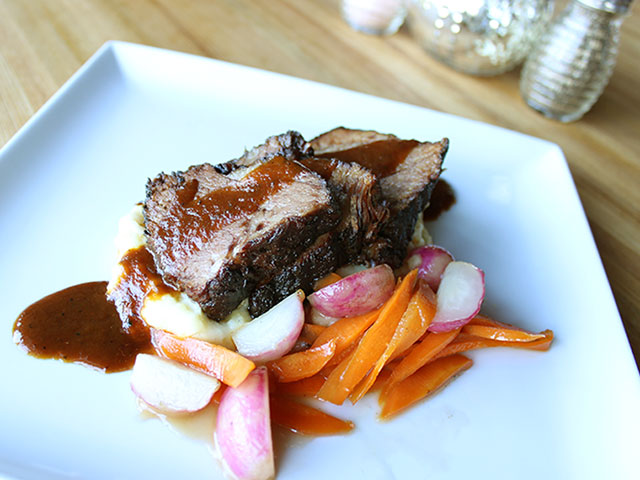