What's in a restaurant? In this series, we ask chefs around the city to describe their restaurants in their own words and recommend three dishes that embody the best of what they offer. In this edition, we talk with View MKE Chef Michael Magee.

What's in a restaurant? In this series, we ask chefs around the city to describe their restaurants in their own words and recommend three dishes that embody the best of what they offer. In this edition, we talk with View MKE Chef Michael Magee.

Chef Michael Magee was born and raised in New Orleans, Louisiana, where he took an interest in cooking from a very early age. In addition to assisting his grandmother in the kitchen, he immersed himself in PBS cooking shows, including "Yan Can Cook," a show which gave him an enduring appreciation for Chinese cleavers.

After earning his degree from the Culinary Institute of New Orleans, Magee went on to work with top tier NOLA chefs including James Corwell, John Besh and Michael Gulotta. He came to Wisconsin in 2012 to take a position as executive chef at The Wise Restaurant and Bar in Madison before joining the team at View MKE. 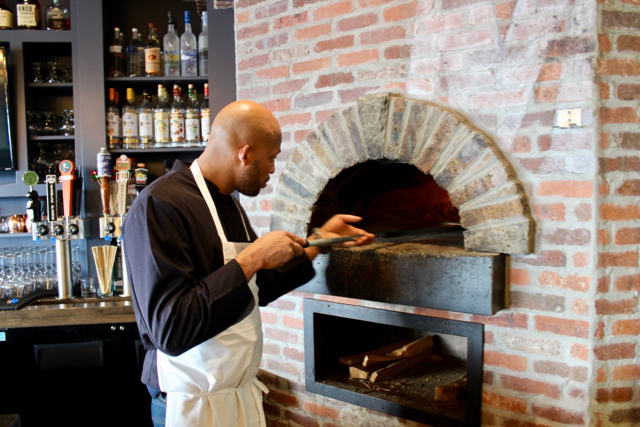 "I learned to cook from John Besh, but I learned refinement from James Carlisle," he says. "And I really have good foundations in classical French cooking and technique. I’ll admit I have a bit of a flair for the dramatic. But, I’ve also gotten to a place where I do like to express myself through cooking. It’s an emotional release … and through all the battles in life, you can give me butter, flour and potatoes and I’ll make gnocchi and get us all through the worst."

"What we do here at View MKE," he says. "Is use modern cooking techniques and ingredients to bring something new to traditional dishes. But I’m old school and I always want there to be some familiarity left there in the dish."

"When it comes to my approach to food … there’s a Scandinavian term, ‘hygge,’ that sort of wraps and unwraps how I approach cooking. I want to bring people comfort and nostalgia. And that’s what View is all about. It begins with the atmosphere, the welcoming staff and moves on to the crackling fire … and it really extends throughout the restaurant. We’re a really laid back group here, and all we want is for people to be comfortable and enjoy themselves and then … not to get too country on you … but you come back now ya’ hear?" 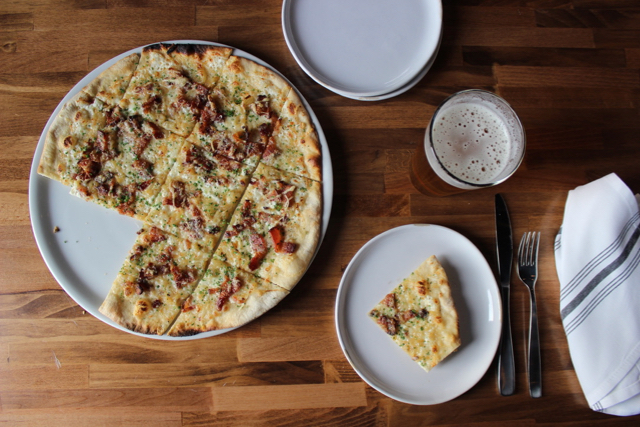 "This was something we ate for family meal at John Besh’s Restaurant August. We had it every Sunday and I’ve brought the recipe with me everywhere I’ve gone.

"You have the sweetness of the onions, the funkiness of the cheese, the richness of the bacon lardons and the tartness of the creme fraiche … and when it gets cold outside, it’s one of those dishes … even the smell of it is comforting. You pull this out of the wood burning oven, and no matter how cold it is, the ice starts to melt almost immediately." 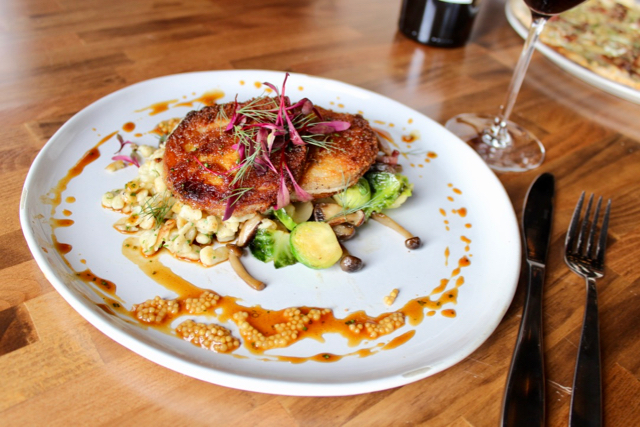 This is the first time I’ve really put jager schnitzel on a menu. Louisiana is considered to be a sportsman’s paradise; it’s something we have in common with Wisconsin. And the jager embraces that; it’s a word that means hunter. Here we’ve taken it and spun it in the air.

It retains the elements of a traditional Alsatian choucroute garnie, which is made with cabbage, bacon and onions. But we’ve swapped in Brussels sprouts. And we’ve added allspice, cloves and juniper, all very warming spices, along with the very earthy components of the cremini and beech mushrooms. 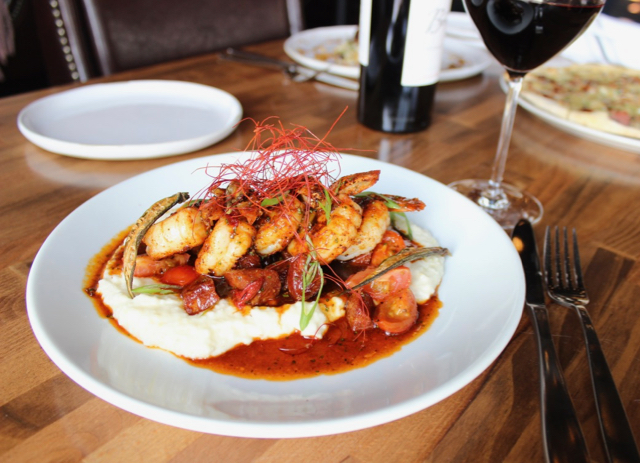 "Grits are one of my favorite things … and in this dish they’re really rich and flavorful. It’s actually a variation on one we did with John Besh. We cook the grits and then we finish them with cream cheese, butter and buttermilk, so there’s a lot of richness and a little bit of a tang. This isn’t the new year’s resolution dish. We season the shrimp with Cajun spices, give them a little bit of a sear. And then we add Trinity (onion, peppers, celery) and the pope (garlic), a bit of andouille sausage and chicken demi-glace.

"Now that demi-glace is a little different. Chicken doesn’t have the heft that veal or beef does, so we make ours using chicken feet to give it that richness. And then we drop in tomato paste, and that gives you the amazing rich color. I was taught that demi on a plate should look like stained glass … but this one breaks all those rules. It’s what I call muddy water food. The vegetables and the spices muck it up, but on the back end, you get all of the beautiful flavors, the texture. I also added a bit of okra to the dish; I love okra, and it’s such a huge part of my background. But I dehydrated it, so we’ve eliminated all the sliminess that some people don’t love."