What's in a restaurant? In this series, we ask chefs around the city to describe their restaurants in their own words and recommend three dishes that embody the best of what they offer. In this edition, we talk with Chef Ekwe Amuzu of Wauwatiki.

What's in a restaurant? In this series, we ask chefs around the city to describe their restaurants in their own words and recommend three dishes that embody the best of what they offer. In this edition, we talk with Chef Ekwe Amuzu of Wauwatiki.

"After I graduated from high school, I had no idea what I wanted to do," notes Chef Ekwe Amuzu of Wauwatiki. "So, when I was 19, I took a job at the meat and seafood counter at a grocery store. Just before summer, a friend of mine who worked at a local country club came by and told me they were hiring kitchen help."

In response, Amuzu decided to give the hospitality industry a shot.

"I loved it," he says. "I learned a ton from the chefs and I was really motivated to learn and push myself. I ended up staying there for four or five years before moving on to work at Shully’s catering. By then I’d given up on traditional college and decided to go to culinary school. So I worked there while completing culinary school at MATC. I stayed for about a year before moving on to take the executive chef position at Wauwatiki."

Unfortunately, just five months after opening, a fire caused by a faulty capacitor in a cooler, Wauwatiki was closed for just over two months for the mitigation of smoke damage. But the incident turned out to be a blessing in disguise, says Amuzu.

"When we reopened, we made the decision to commit to a gluten-free scratch kitchen," he says. "In conjunction, we committed to making the food taste as good as possible. The reward is that anyone can eat our food. People come in and they’ll comment: ‘I haven’t been able to eat a fish fry in over ten years.’ And it feels really good to be able to do that for someone."

"I’m never completely satisfied with what we do, so I’m always pushing myself to be better, to present better. I’m not perfect, and there’s always room for improvement. The same goes for our dishes; if I can make one little thing better each day, that’s what it’s all about. In the end, my goal is to create the best experience possible for everyone who comes through the door." 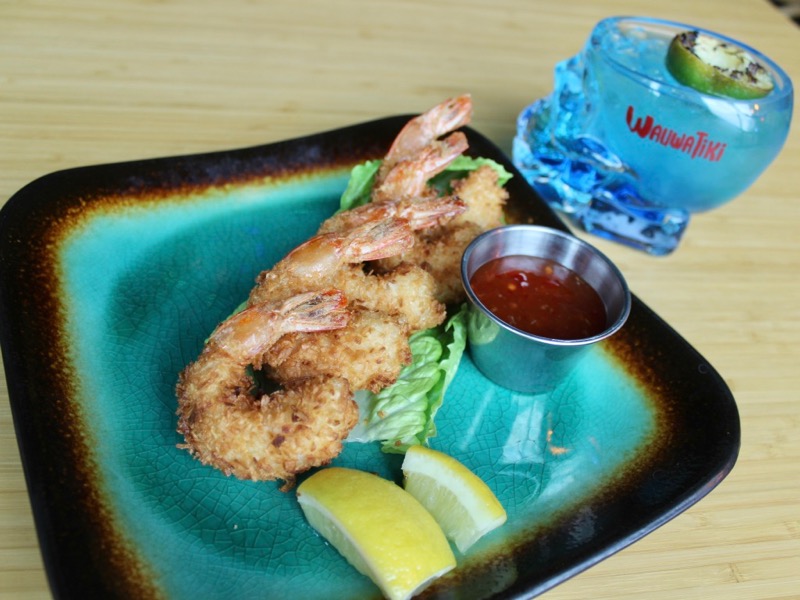 "Our coconut shrimp is hand-breaded. We use a blend of gluten-free flours along with rice flour and unsweetened coconut, Regular flour likes to hold the oil in, but rice flour doesn’t. It gives you a unique crispness and it’s not greasy at all. We serve it with sweet chili sauce and lemon. It’s really simple, but it’s just so delicious." 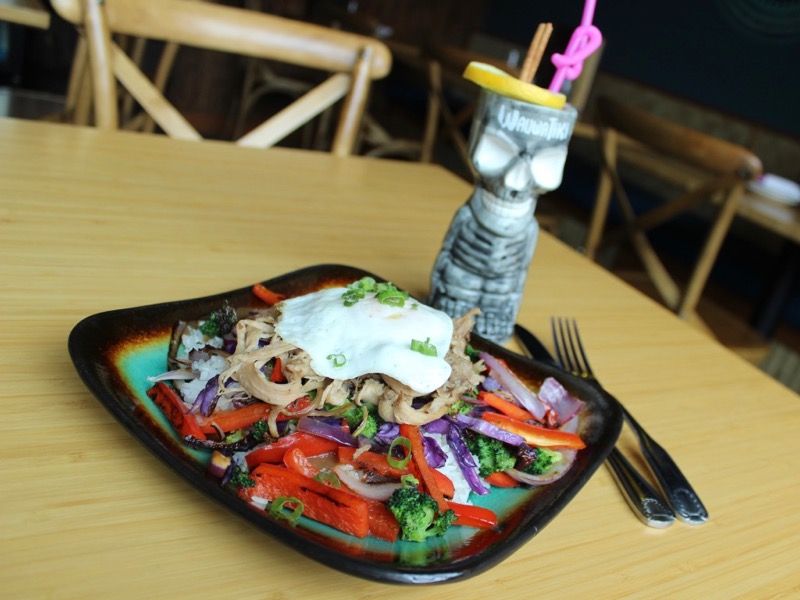 "When we first opened, one of our regulars told me we should serve this. It’s a classic Hawaiian dish that’s traditionally composed of a hamburger, rice, canned gravy and a fried egg. As the story goes, some folks came home from a bar one night after all the area restaurants had closed and they made the dish from what they had on hand. As I did my research on the dish, I decided that the dish needed to be a little bit more substantial, a bit healthier. So here we’re using pulled pork, rice, housemade gravy, vegetables and a fried egg. It’s a very popular dish. You get to cut in on that fried egg and mix in the yolk." 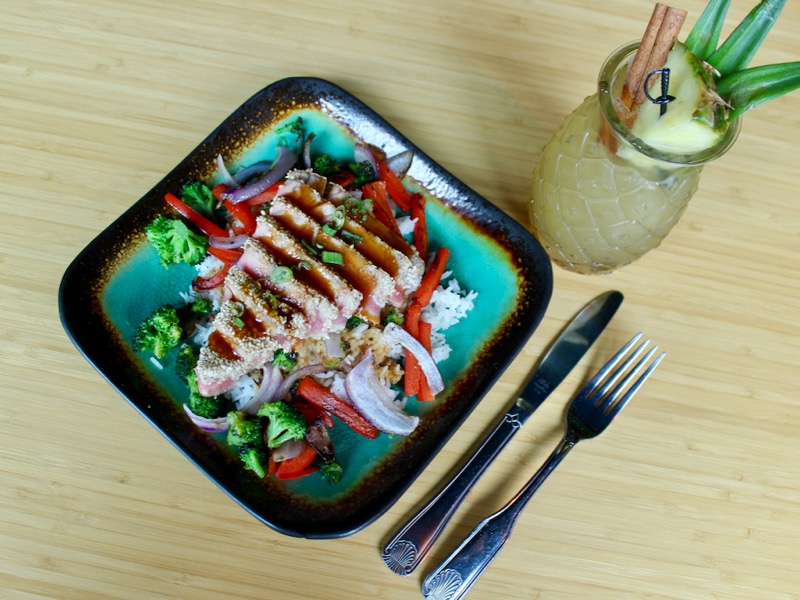 "This is just good. Seared tuna is one of my favorite things, and I could eat it on its own. But to make it an entree, we added rice and vegetables. We also added our own teriyaki sauce; it’s my recipe and it’s pretty unique. I wanted to be reminded of a tropical environment, so you can taste the pineapple and ginger. It also pairs well with so many things we do."