We asked chefs to describe their restaurants in their own words and recommend three dishes that embody the best of what they offer. In this edition, we talk with Barkha Limbu Daily of the cheel in Thiensville.

What's in a restaurant? In this series, we ask chefs around the city to describe their restaurants in their own words and recommend three dishes that embody the best of what they offer. In this edition, we talk with Barkha Limbu Daily of the cheel in Thiensville. Daily will be among six featured chefs at the upcoming Moveable Feast event at the Milwaukee Public Museum.

"The cheel definitely embodies and exemplifies my passion for delicious food, especially when it's made with high quality ingredients," says Chef Barkha Limbu Daily, "The restaurant prepares every dish from scratch. There are other Nepalese restaurants across the country and even a few around the world that I've been to, but none of them really captured the flavors and the quality that I remembered from growing up in Nepal. I nearly found it shameful that there’s so much diversity in this cuisine and yet people are only experiencing a few dishes." 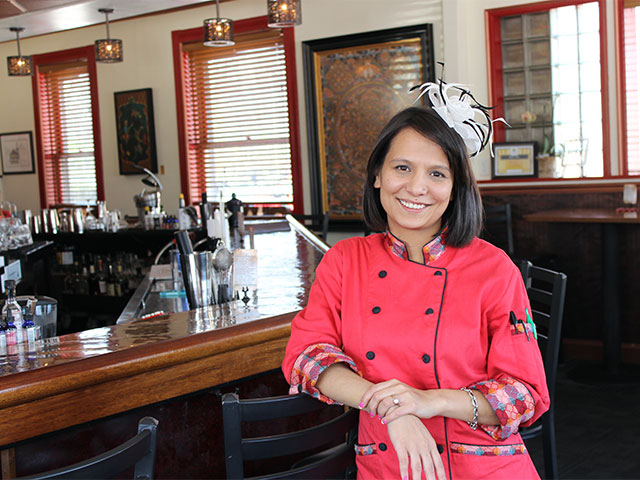 "I took this as a challenge, a challenge to capture the full spectrum of flavor that the only the Himalayas have to offer. I couldn't have done it without the hard work and dedication of my husband Jesse, and I'm delighted to say the restaurant has become less of a 'job' and more of a labor of love!

"The cheel is our catalyst to revealing the authentic and fervent culture my family is from, a culture so seemingly subtle until you've tasted its distinct and unforgettable flavors and you just know Himalayas is a place unlike any other. That, along with the importance of appreciating one's culture, is what I am hoping to show, to share, and to serve at the cheel."

"This is a traditional Tibetan soup. We call it a thukpa, and it contains hand-pulled noodles and a very delicious clear broth. In Kathmandu it’s one of the most popular soups you’ll find, especially in the winter months, partly because it contains Szechuan pepper which really underscores the warming qualities.

"It’s a soup my father made when I was growing up. But, it really became a bigger part of my understanding during my teenage years, when some of my Tibetan friends taught me how to make the soup. Thukpa is so common in Nepal, that it’s a bit like pho is now in the Milwaukee area. In fact, I have fond memories of and me and my friends going out and trying to find the best thukpa restaurants around town." 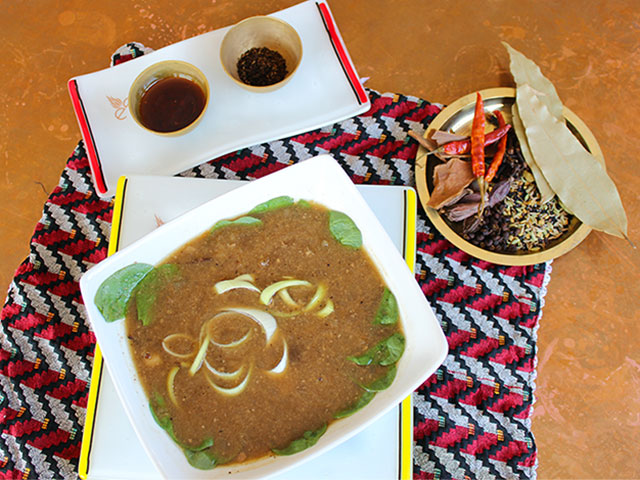 "The word Shan comes from the Shan state in Burma. It borders China to the north, Laos to the east and Thailand to the south. So, you can probably already imagine that the food from this area is influenced by all of them. It’s a bit like a lo mein, only from Burma, and the flavors are unique. There are traditionally lots of vegetables; but you can add meat if you like. This is actually one of my favorite dishes that my father made for us while I was growing up." 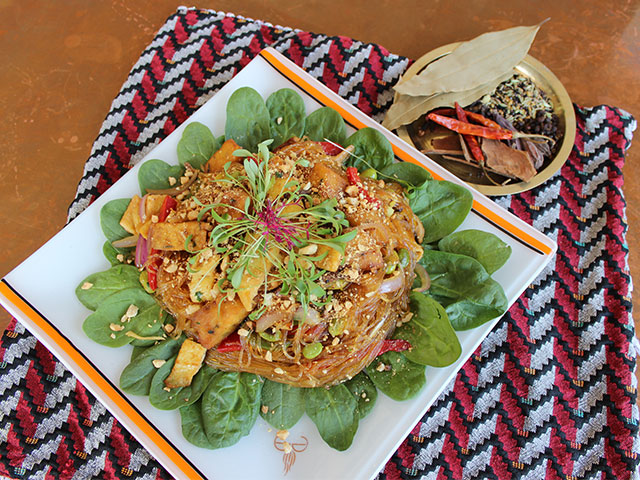 "This is my mother’s recipe, passed down from my grandmother. In Nepal, we’d be more likely to use goat for this dish. But, here I’ve had more consistency and quality making it with lamb. In Nepal, there are a variety of versions of this dish. Some are more like a stew. But, we serve it as a whole shank with a fragrant spiced lamb reduction on the side. This dish has also been my secret weapon in getting people who claim they don’t like lamb to love it." 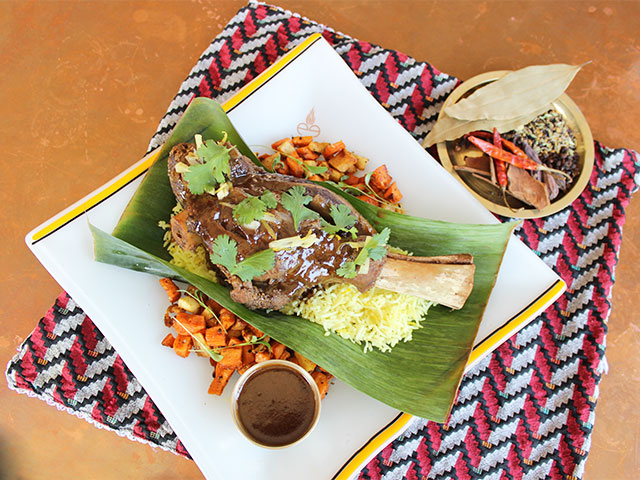