Turning 40 is a major milestone. But instead of celebrating this midlife marker with black balloons or a pity party, Tiffany Ogle, the co-host of "The Morning Blend" is choosing to make a difference.

Turning 40 is a major milestone. But instead of celebrating this midlife marker with black balloons or a pity party, Tiffany Ogle, the co-host of "The Morning Blend" is choosing to make a difference.

When her birthday arrives on Nov. 18, Ogle plans to have completed 40 acts of kindness, a list she generated with the help of friends and social media. It includes acts of kindness to others and to herself (she's taking a painting class), because Ogle says if you don’t start with self-compassion, "your vessel is empty."

"I was thinking about the fact that I was dreading turning 40, and I didn't know if I should tell people or if I should keep it a secret and start lying about my age," says Ogle. "Then I thought, well, I recently spent a period of time of my life being a little bit more inward. Then I asked myself, what's the easiest path to acceptance and happiness? I think that's serving others. I want to just see how my life could change in those 40 days."

While Ogle already has her list compiled, she’s keeping it fluid to leave room for organic situations and moments. Her only rule is not to make the acts financially-based, because she hopes others will join in and doesn’t want to make this about money.

Her acts aren’t necessarily earth-shattering when taken one at a time. She plans on putting a note in mailbox to thank the postal carrier for delivering her mail. She also plans on a putting a note in a pair of jeans at the store, so when someone buys the jeans, they'll find a message saying, "You’re beautiful."

Ogle also plans on serving at a soup kitchen, writing a letter telling her brothers she loves them and volunteering at an animal shelter. She will also fill an old purse with hygiene essentials for a homeless woman, and pre-fill gum ball machines with quarters.

She is posting her stories on Facebook and Instagram and hopes that she will inspire others to join in.

Says Ogle, "A lot of people have said, ‘I want to join you. I want to do this.’ Clearly, they're not turning 40, as well, but they want to do acts of kindness to see how their life changes in the process."

Day 5; #40to40 project is really fun so far! 40 acts of Kindness for each of the 40 days leading up to turning 40. Buy a plant ($3) & I wrote #PayitForwardPlant on the back & slapped a sticker on the pot #Inspire. Give it to someone special whose day you can brighten. Ask them to care for it as long as they want (1 day- 1 hour - months- forever) when they care pass it on - they keep the kindness going. Hence - #payitforwardplant ! I enjoyed this one so much I might do it more often. Wouldn’t it be fun if we can follow our plants from person to Person? 🌵- - - #40to40 #40to40project #actsofkindness #40to40challenge #40daysofkindness #payitforwardplant #40daystoachangeyourlife #40actsofkindness

Ogle says she’s always been a service-oriented person, growing up in a small town in Minnesota. She saw her mother volunteering in church and civic organizations, and she has continued her family’s tradition through spotlighting non-profit groups on "The Morning Blend" and emceeing charity events.

However, Ogle says that those events tend to be more of an "appearance-based volunteer opportunity." Now, she wants to get back into hands-on service. "That’s the root of happiness for me," says Ogle.

She hasn’t decided how she will wrap up her plan – there will be a party, of course – but Ogle says she’s considering taking $40 and splitting it up between a few people and asking them to do something good with it.

"It's not a lot of money, but it could do something for someone or someone else," she says. 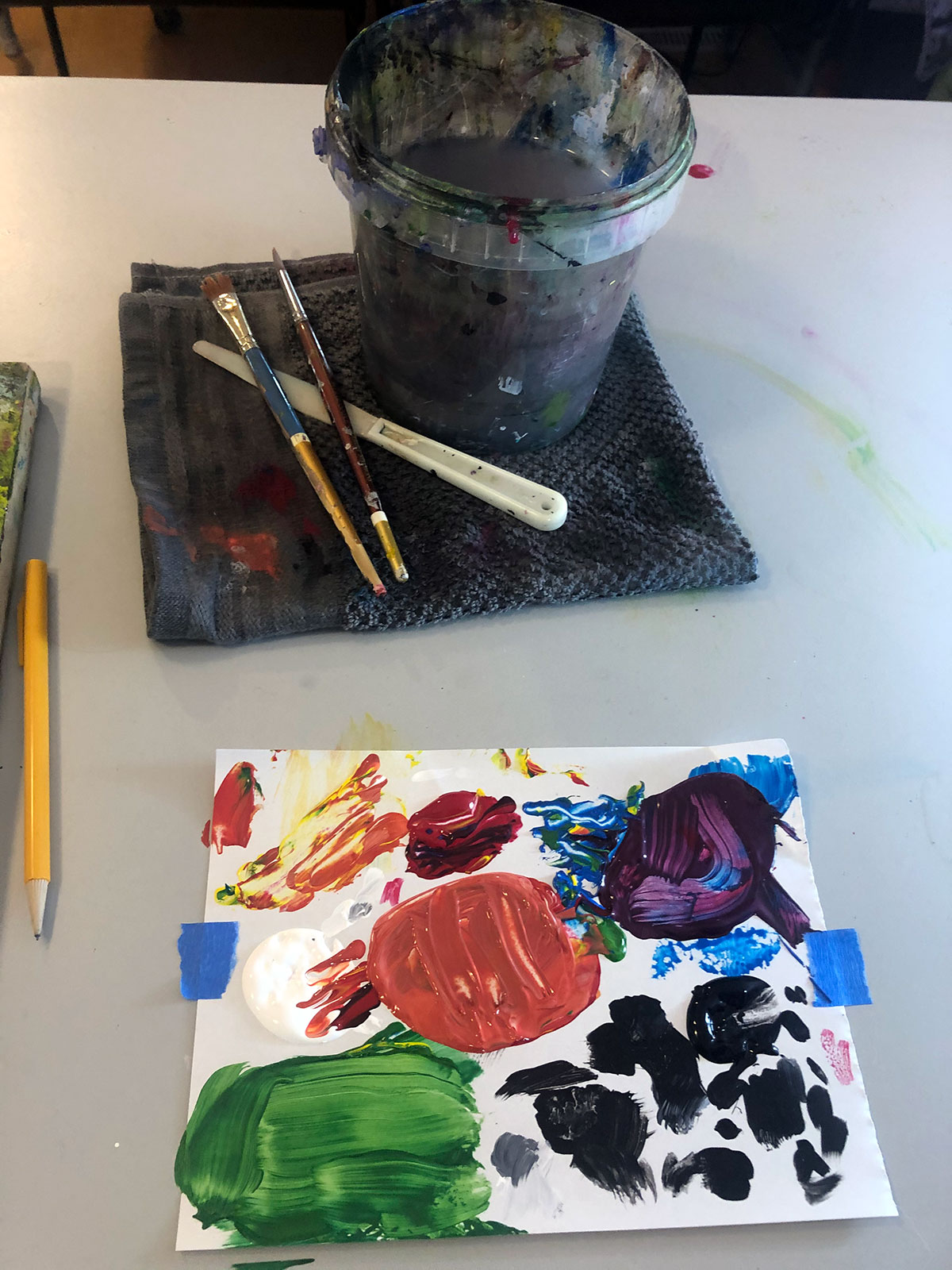 Food from the Bar creates charity out of competition

Buy a date, help a kid in need