The beloved near West Side restaurant is inviting customers to share their earliest, fondest memories, along with photos of Five O' Clock Steakhouse. The winners will receive complimentary dinner once a month until the end of the year.

Last September, Five O' Clock’s bartender Joe Fahrenkopf was asked by a co-worker at his day job, Jackie Bayer, where he tended bar. Taken aback by the coincidence, Bayer told Fahrenkopf that her parents celebrated their wedding reception at the Five O'Clock ... exactly 70 years to the day. 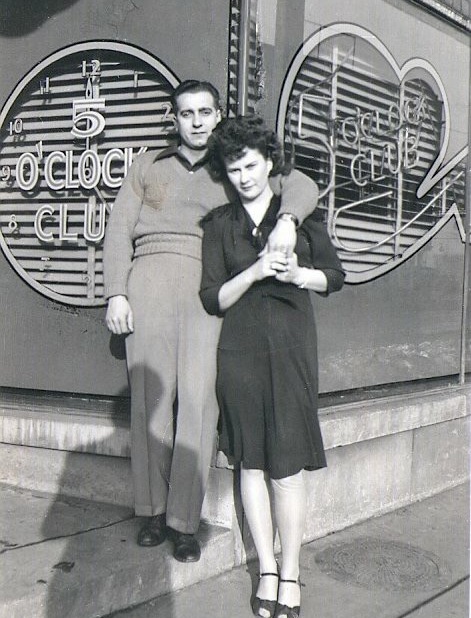 That sparked an interest in Five O'Clock Steakhouse history, and while doing some research, the current owners, who always believed the restaurant opened in 1948, learned that it actually debuted in '46 (they knew, of course that its related predecessor, 5 O'Clock Club, was older.

Papadopoulos and Kalkounos met with Bayer and her mom, Jeanne Ricci (whose wedding reception is captured in the black and white images that accompany this post), and the idea for a contest was born.

The restaurant is inviting customers to share their earliest, fondest memories, along with photos of Five O' Clock Steakhouse.  The winners will receive complimentary dinner once a month until the end of the year.

Five O'Clock is really focused on its long history at the moment, working to restore a mural that was behind the mirrored walls in the bar, restoring and displaying recently discovered historical images of the building that trace its history, from housing a pharmacy and soda fountain from the 1920s, through the early days of Five O'Clock Club and steakhouse.


Kalkounos is also assembling an e-book about the history.


In the meantime, Jeanne Ricci turns 97 years old on Feb. 19. She's been invited to celebrate with her family at Five O'Clock Steakhouse. 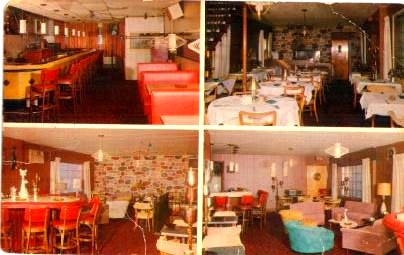