5 random photos of the Milwaukee landscape

Quite an alluring headline, right? Let me explain. I'm an inveterate photo snapper, thanks to the iPhone. I see something, anything, interesting in the Milwaukee landscape and I think, "that might be a good story." But I take way more pictures than I can ever write about.

Quite an alluring headline, right? Let me explain. I'm an inveterate photo snapper, thanks to the iPhone. I see something, anything, interesting in the Milwaukee landscape and I think, "that might be a good story." But I take way more pictures than I can ever write about.

Here are five that I took with some sort of intention, but that have been languishing on my computer's desktop... 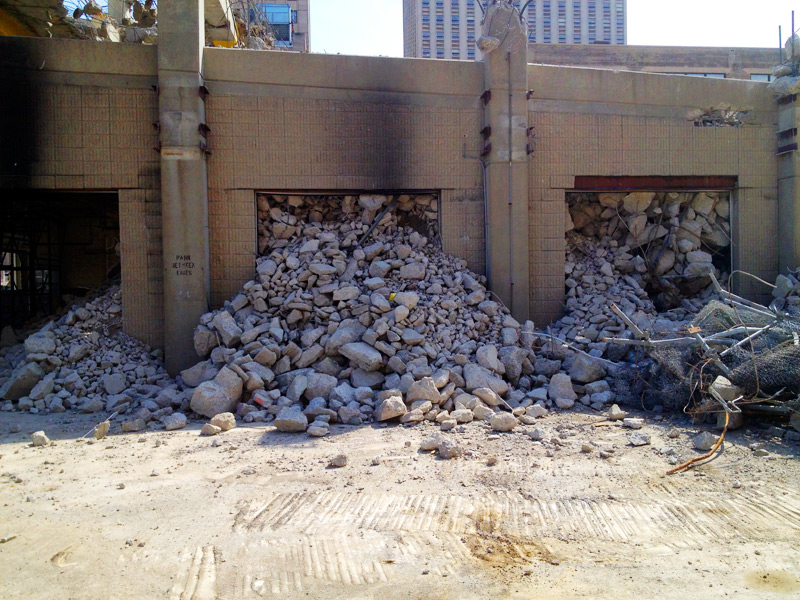 Like many of you, I was thrilled to see this Westown eyesore start falling. Alas, it seems like it's being taken down one bolt at a time by a team of one. That's good news for neighbors like Jim's Time Out, which is only inches away, but, geez, let's get this thing down and build something useful and exciting there for the future. The sight of the portals appearing to vomit out the shattered concrete caught my eye while walking past one day. 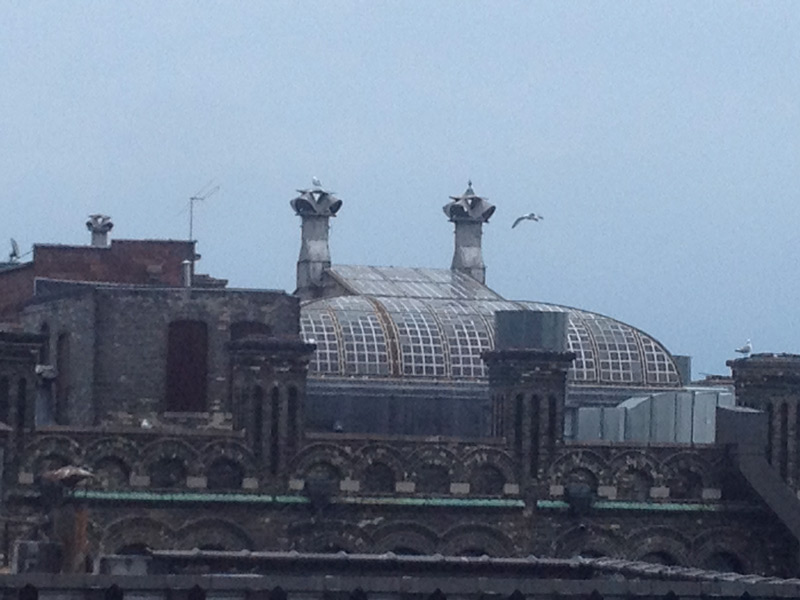 One of the reasons I love going on rooftops is to get different perspectives on a familiar landscape. This wasn't taken from a roof, but, rather, from the lobby of WUWM-FM in the Bank One Plaza. The seagull is a nice detail, I think. The gorgeous skylight, which conjures 19th century Europe, caps the six-story atrium at the Hilton Garden Inn on Broadway. The 1886 Romanesque Revival gem was designed by Chicago's Solon S. Beman, who also designed the disappeared Pabst Building, as the headquarters for Northwestern Mutual Life. 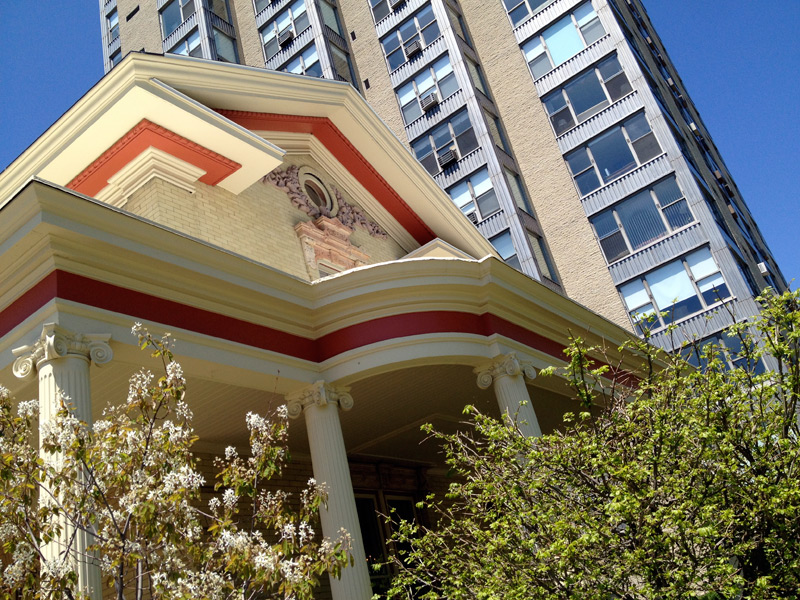 James Peck's house, 1105 N. Waverly Pl., recently won a city preservation award and it's easy to see why. The 1870 home, designed by Peck's neighbor Edward Townsend Mix, is a gorgeous Italianate home loaded with incredible decoration inside (you should see the prism glass in the entry doors!). About 40 years after it was built Henry Koch & Sons (more sons than Henry, who had died two years previous) added this lovely porch with graceful lines and fluted columns with ionic capitals. 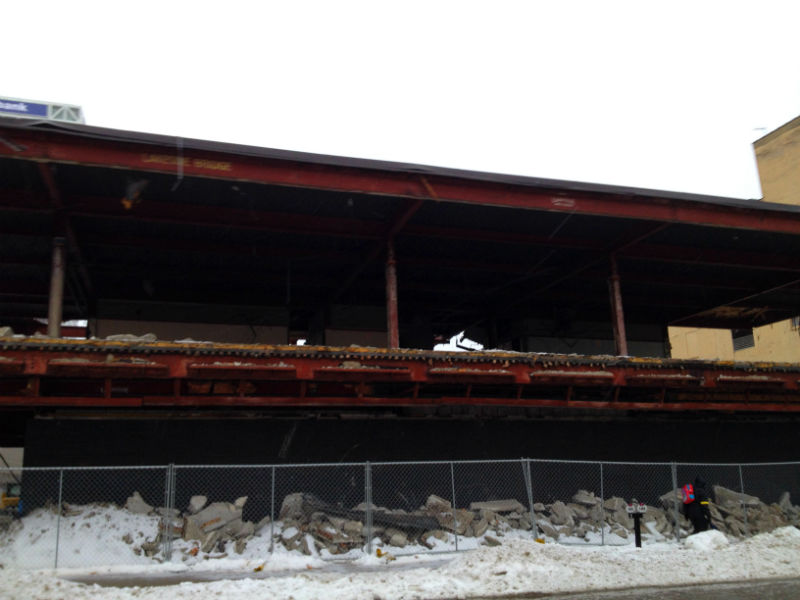 When I worked doing deliveries Downtown, I often stopped at the Visiting Nurses Association building on Van Buren and Wells Streets. Earlier this year, the hideous, two-story box was razed. Good riddance. 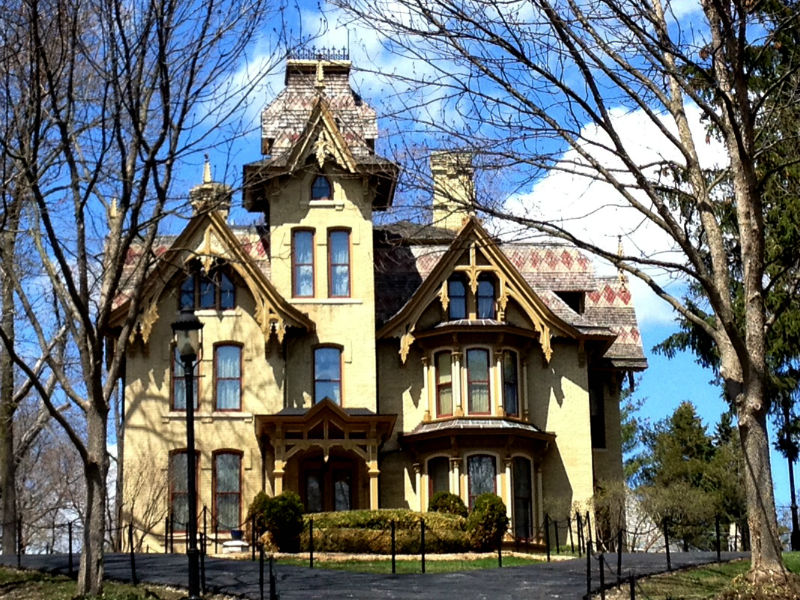 Dr. Fisk Holbrook Day had this Victorian Eclectic home constructed on a rise in Wauwatosa around 1870. It was designed by James Douglas, who also drew the Collins House on the East Side. The good doctor was a geologist and all-around interesting fella and that, combined with the architect, the beauty of the house and the fact that Liberace had wanted to buy the house and establish his museum there means I'll likely write more about this in the future.