6 cheeses to add to your holiday cheese plate

We asked Patty Ehlers Peterson of Larry's Market to recommend a few cheeses to add to our cheese plates this season. Happily, she obliged. So, here are five recommendations for eating, cooking and using on your holiday cheese boards.

If you’ve had the fortune of running into Patty Ehlers Peterson during a trip to Larry’s Market, 8737 N. Deerwood Dr. in Brown Deer, we hope you’ve engaged her in a scintillating conversation about cheese. Because if you haven’t, you’ve been missing out.

Ehlers Peterson, who notes humbly that she’s been "a champion of Wisconsin artisan cheese for longer than she cares to admit," has spent over 35 years in the cheese business – including four years as an aesthetic judge for the American Cheese Society. So she knows a little bit about the deliciously addictive treat that’s made Wisconsin famous.

In an effort to skim some of that deliciousness out of her brain, we asked Ehlers Peterson to recommend a few cheeses to add to our cheese plates this season. Happily, she obliged. So here are five recommendations for eating, cooking and using on your holiday cheese boards. 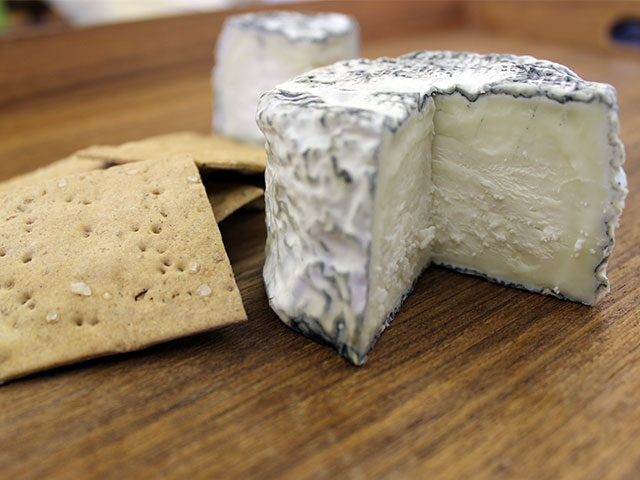 "On first look, a lot of people mistake it for a blue cheese," notes Ehlers Peterson. "Or they think it will be very strong. Depending on where it is in its age, it changes. When it’s young, it’s very light and fresh. And as it ages, the rind begins to soften and the flavor becomes more pronounced." 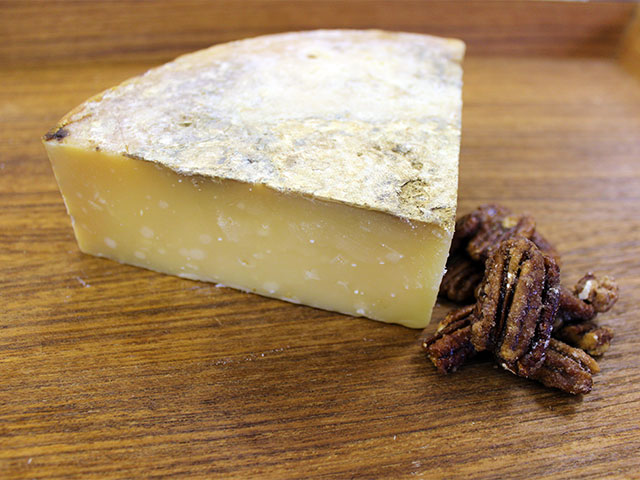 This delicious hard cheese is made with cow’s milk and cave aged wrapped in bandages.

"It has such wonderful notes across the board," says Ehlers Peterson. "You get the flavors from the cave, but it also melts on your tongue. It’s always delicious, but the cheese we’ve been getting in now has been absolutely spectacular. It’s so smooth and luxurious."

Use: grate it for a grilled cheese sandwich; add to soup or potatoes
Pair with: pecans, bacon jam, a fruitier beer made with apple; fruity cider 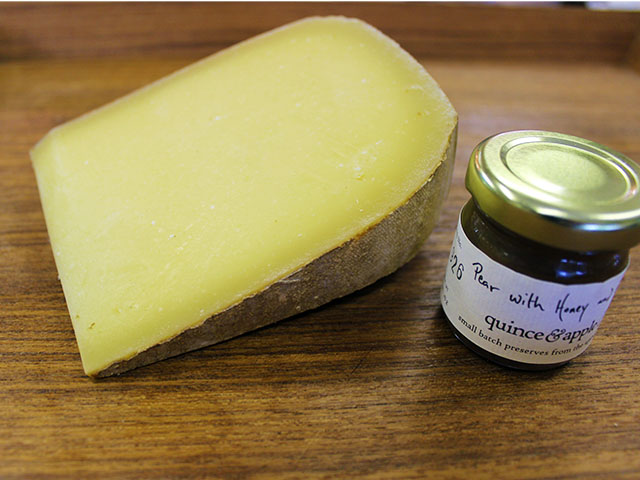 A good many have had this delicious washed rind cheese made with milk from cows on summer pasture. But if you haven’t, it should be on your list. After all, it’s the most award-winning cheese in America.

"This is a standard, but if you haven’t tried it, it should be on your list," notes Ehlers Peterson. "When it’s young, it’s softer and less dry. There’s more moisture and bounce. As it ages, it becomes more flavorful, and you’ll start to see more crystallization. It’s nutty and buttery, and you can taste the ‘b linens’ [brevibacterium linens] that it’s washed in, which give it earthiness and tang."

Use: great melting cheese, great for sandwiches and panini, anything you’d use a Gruyere for, including French onion soup, or in a salad with tart green apples
Pair it with: dry cider, dry riesling, pears and honey, quince and apples, 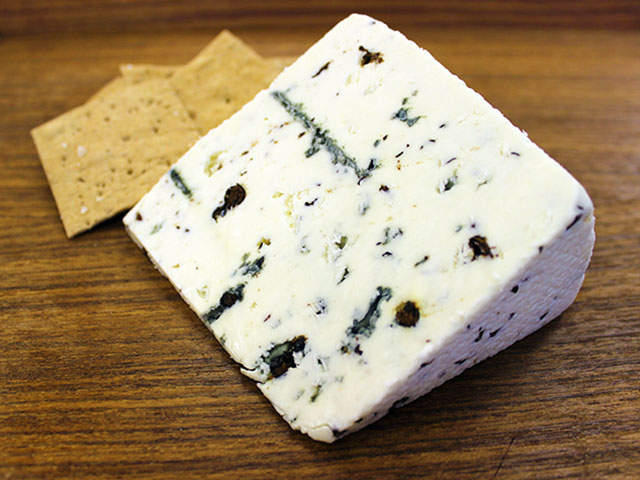 "The juniper berries have a slight fresh evergreen flavor," says Ehlers Peterson. "And then there’s the blue that’s fresh and creamy in flavor. The flavor is more blue than Gorgonzola but not as dry or potent as Stilton. So many times when you add something to a blue, it’s overpowering; in this case, it complements the cheese itself."

Use: serve with steak or braised meats, including game
Pair with: gin, cucumbers, apples or a fruity red wine 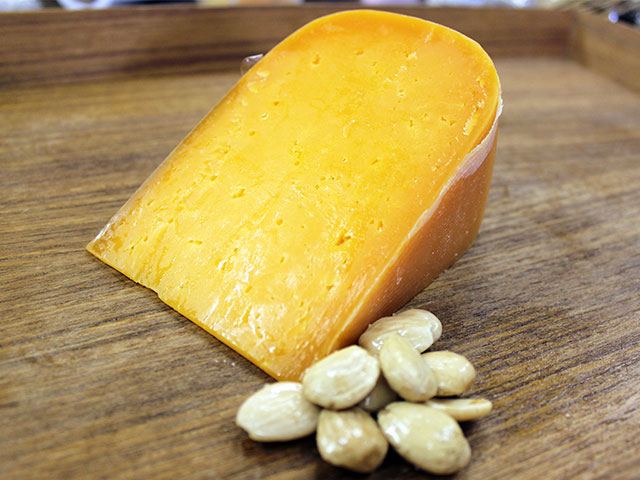 It’s the color of this cheese that will catch your attention. The bright orange semi-hard cow’s milk cheese is a nice way to add a splash of color to your plate. And it’s delicious too.

"Apparently the cheese maker was driving home one day and saw a gorgeous orange sunset over a prairie, and that became the inspiration for the cheese itself. It’s a bit like a young mimolette, so it’s more like a Gouda than a Cheddar. It’s mild in flavor with plenty of creaminess and some tang. A richness similar to Gouda. beautifully colored with annatto."

Use: as part of a cheese board, great melting cheese,
Pair with: pecans, hazelnuts, pears, plums, nut brown ale or Cabernet Savignon 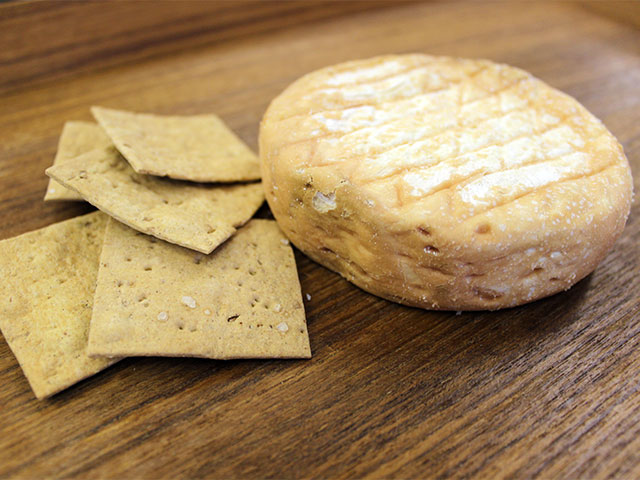 Number six is a bonus cheese that hails from Vermont. It’s a soft washed cow’s milk cheese that bears a bit of a resemblance to a seasonal Wisconsin cheese, Upland’s Rush Creek Reserve (which is also now available in select cheese shops, including Larry’s Market).

"It really packs a lot of punch in a little cheese," says Ehlers Peterson. "But, it’s not overpowering. The rind has more flavor and a bit more earthiness; but the interior is soft and creamy. It’s relatively mild, but the washed rind gives it personality. At room temperature it’s just beautiful."

Use: with potatoes in a dish like a tartiflette or as a spread for sandwiches
Pair with: honey rye crackers and just about anythings sweet (it helps mitigate the funkiness of the rind)