Published in 1998, author Jerry Apps' "Cheese: The Making of a Wisconsin Tradition," has long been a key popular work on this history and state of cheesemaking in America's Dairyland. Now, the University of Wisconsin Press has published a second edition.

Published in 1998, author Jerry Apps’ “Cheese: The Making of a Wisconsin Tradition,” has long been a key popular work on this history and state of cheesemaking in America’s dairyland.

Now, the University of Wisconsin Press has published a second edition of the book with updates by Apps, a respected voice in Badger State history, traditions and more. He is the author of more than 40 books about these subjects and rural life in Wisconsin, too.

A professor emeritus at UW-Madison, Apps has also been featured in numerous Wisconsin Public Television documentaries based on his books, which seem to arrive in multiples each year.

The illustrated “Cheese” paperback starts with the story of cheesemaking in the state as far back as 1840 and then surveys the state’s cheeses, cheesemakers, graders and inspectors, dairy farm producers and more. It is, especially now that it’s been updated and expanded, a must read for anyone who loves the food that made Wisconsin famous.

We caught up with Apps, via socially distant email, to ask him about the new edition and what else he’s been working on. 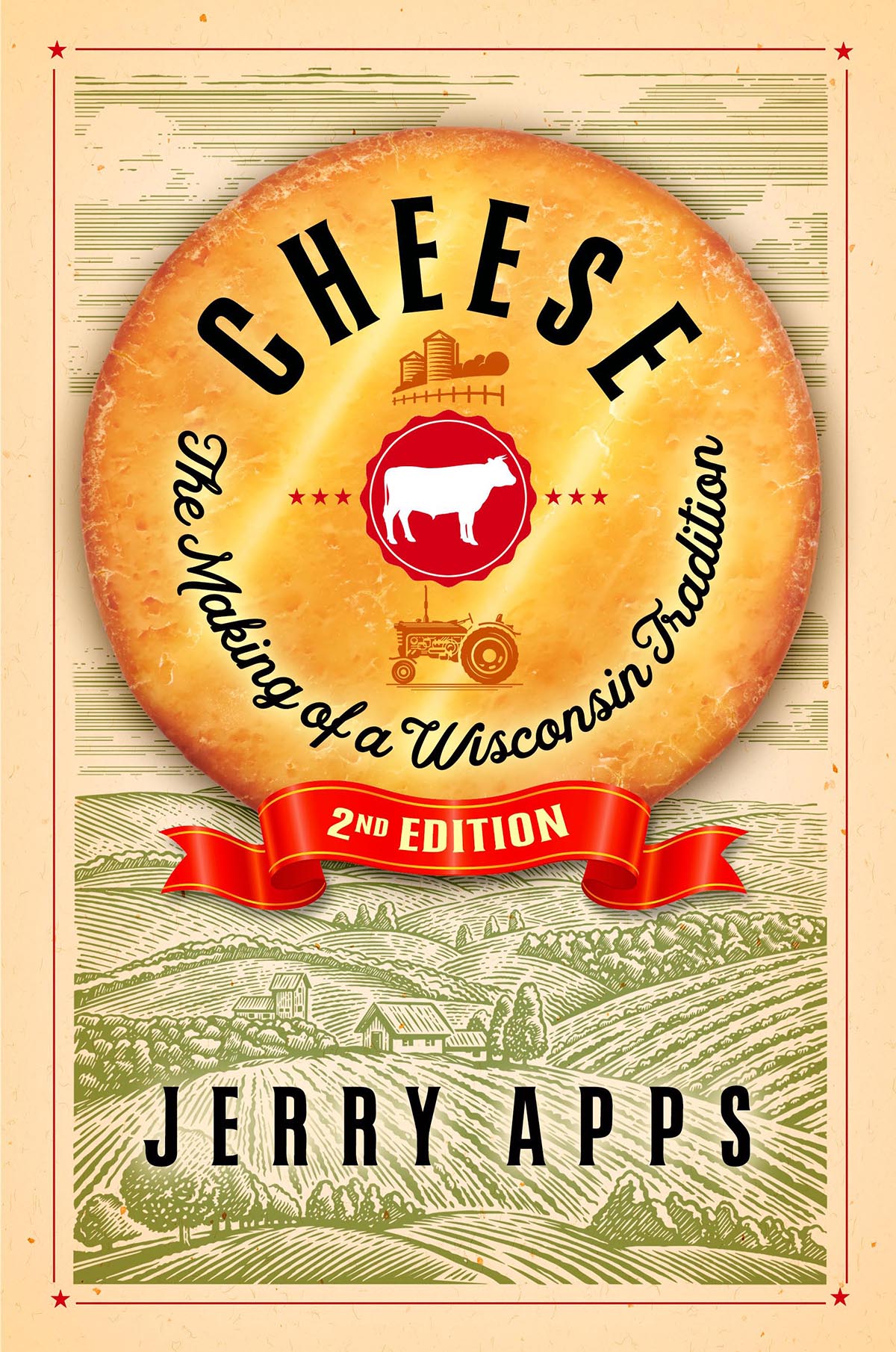 OnMilwaukee: How has 2020 been treating you; have you been able to continue doing your research and writing?

Jerry Apps: COVID-19 has not prevented me from doing my research and writing, to any great extent. Of course, I am not do any face-to-face interviews. All of my face-to-face book talks were cancelled. On the positive side, without doing so much traveling, I have been able to do more writing. I have also recently done several virtual talks, mostly using Zoom.

To the casual observer, you seem to publish so voluminously that it would appear you don't sleep much and that you always have multiple books in the works. How do you keep it up?

I have always had several books in various stages of development all the same time. I read several books at the same time – it’s just me and the way I work. In addition to my book writing, I write a weekly blog that I publish on Facebook. The blog is also published as a column in the Wisconsin State Farmer, a weekly farm newspaper.

It's good to see a new edition of the Wisconsin cheese book. Is there anything behind the timing of the new edition?

How has the cheese industry in Wisconsin changed?

The major change in the industry: specialty cheese. Wisconsin now makes 600 different kinds of cheese.  Another major change: in 1995, California became the nation’s major milk producer, shoving Wisconsin into second place. Wisconsin, however, since 1910 has been the nation’s leader in cheese production, and it continues today.

For many years, of the several cheeses produced in Wisconsin, cheddar led the way. Today, mozzarella is the leader.

Beyond dairy cows, Wisconsin is a leader in dairy goat numbers with goat cheese a popular choice for many consumers. Dairy sheep have also increased in number, with several cheese makers producing dairy sheep cheese.

Can you tell us about what's been updated, changed, etc. in the new edition?

New chapters: Changes in the industry, 1998-2000, an entire chapter on specialty cheeses, a brief history of Wisconsin’s largest cheese producers, selected cheese factory histories, specialized cheese factories, supporting organizations for cheesemakers, supporting organizations for dairy producers, how cheese is celebrated and promoted today, a chapter on the funny side of cheese, including the Cheesehead story, a case study of the dairy and cheese making industry in Green County, Wisconsin, and my summary of where the cheese making industry has been and where it is likely headed.

What are some of the other projects you have coming soon?

My work with PBS Wisconsin – I have done five hour-long documentaries with them – is on hold because of COVID.

I have a book on the history of Wisconsin state and county fairs in process. It will be published by the Wisconsin Historical Society Press. My eighth novel with the University of Wisconsin Press is due for publication in 2021 – it’s titled “Settlers Valley” – another novel in my Ames County series. This one is about a group of disabled veterans who take up small acreage farming in Ames County. They are following the adage, “As they heal the land, the land will heal them.”

Almost too gouda to brie true: Great finds at the Village Cheese Shop in Tosa