Things have been getting pretty silly online over the past couple of weeks as multiple plans have been hatched on Facebook by various groups - obviously jealous of Wisconsin's rich dairy stores - to sneak into Wisconsin and steal all of the state's cheese.

Things have been getting pretty silly online over the past couple of weeks as multiple plans have been hatched on Facebook by various groups (many of which are based in Minnesota) – obviously jealous of Wisconsin’s rich dairy stores – to sneak into Wisconsin and steal all of the state’s cheese.

It seems to have begun in September when Wisconsinite Marissa Stockman and two of her friends launched the event "Go to Minnesota and steal their 11,842 Lakes." 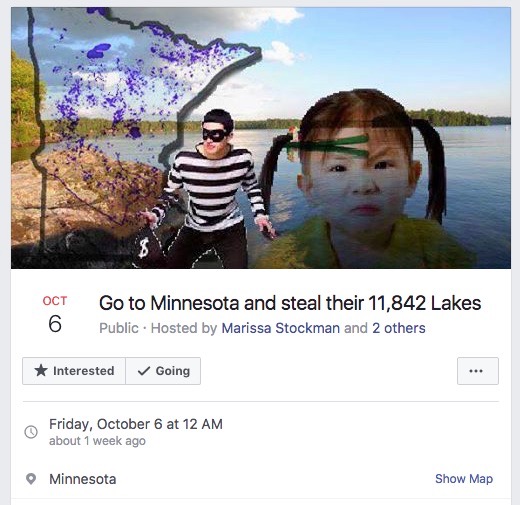 The event prompted numerous articles including one on TwinCities.com entitled: "Wisconsin group plots to pilfer Minnesota’s lakes with buckets and Shamwows." But things really heated up when GoMN.com published an article in which Adam Uren posed a threat: "Here’s hoping nobody across the border takes this seriously because if we do … we’re coming for your cheese."

What followed were rounds of events planned to retaliate against Wisconsin. The first was planned by Jeremiah Woodward, who noted: "While I'm pretty sure stealing our lakes is physically impossible, it is physically possible to steal all their precious cheese. So don some Packer/Brewers/Badgers gear as a disguise, bring your buckets, wheelbarrows and trucks, and lets cause the greatest cheese drought that Wisconsin has ever seen. (And if we have time, we can steal all their Pabst too)."

The latest scheme was hatched by John and Nick of Team Randomness, whose Facebook event "Sneak into Wisconsin at night and steal all their cheese" launched on Sept. 27 and has garnered the interest of 6,200, with 950 confirmed attendees. Rallying cries like "It's time we dismantle the cheddar curtain!" and "Your dairy is now our dairy!" are fueling the fire for the event, which is scheduled to begin at 11 p.m. on Nov. 25 and end at 3 a.m. on Nov. 27. It’s been enough to get Wisconsinites riled up. 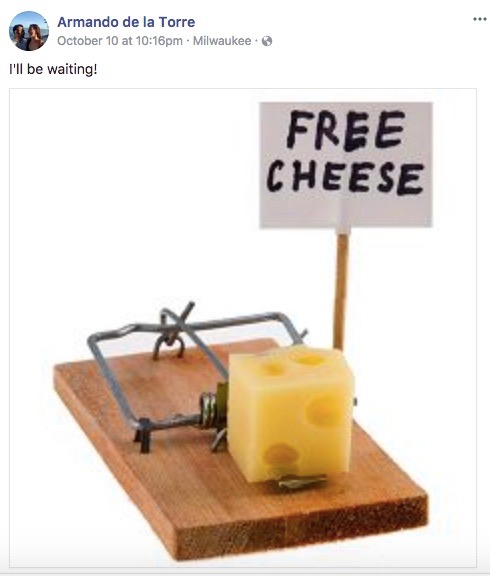 Meanwhile others are extending olive branches in an attempt to keep the peace. 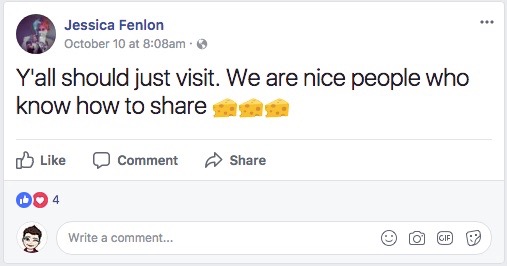 And at least one Wisconsinite pointed out a fatal flaw in the planning. "Not that I want to aid and abet," writes Susan T. Jones, "but you may want to change the time. Nobody is protecting the cheese during a Packer game. Just sayin’."

But, the Minnesotans are dead serious. One resident of Coon Rapids, Minnesota, remarked, "Being from the other side of St Croix this hits home. They have had a monopoly for long enough. It's time to take what's ours!"

It's not the first time for a heist of this nature. After all, just last year over 20,000 pounds of cheese was stolen in Oak Creek by a band of cheese pirates. Seriously. And it wasn't the first time.

Not only are there plots to steal more of Wisconsin’s cheese, but now some Minnesotans, including Emmanuel Liu, are even plotting to "Steal all of Wisconsin's cheese and throw it in Minnesota's lakes."

We're not really sure where any of this is going. But, you might as well be prepared. Stand strong, Wisconsin. And lock down your cheese cabinets. Because Minnesota is coming for it.

Almost too gouda to brie true: Great finds at the Village Cheese Shop in Tosa