6 places to grab a drink in old Milwaukee

Brew City has always loved a drink. Here were six places to get 'em in old Milwaukee.

In the spirit of previous walks down memory lane, here were six places to get 'em in old Milwaukee. 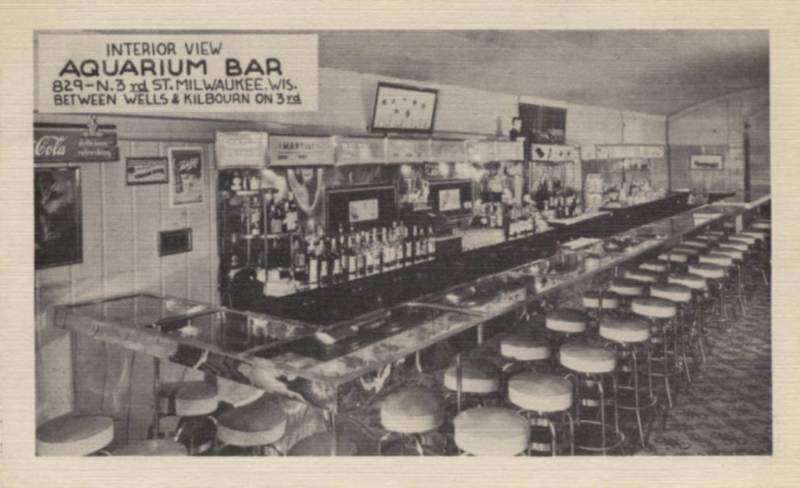 Located at 829 N. 3rd St., on the west side of the street, between Kilbourn and Wells – where the Hyatt Regency Milwaukee now stands – was the unique Aquarium Bar, which owners Charles and Peggy Peters claimed was "the only bar of its kind in the Middle West." Notice the bar top was clear. Inside were fish, frogs, turtles, lizards and, wait, even alligators?! "Everything in the bar is alive," boasted one postcard. This one is so cool it's worth sharing two images ... 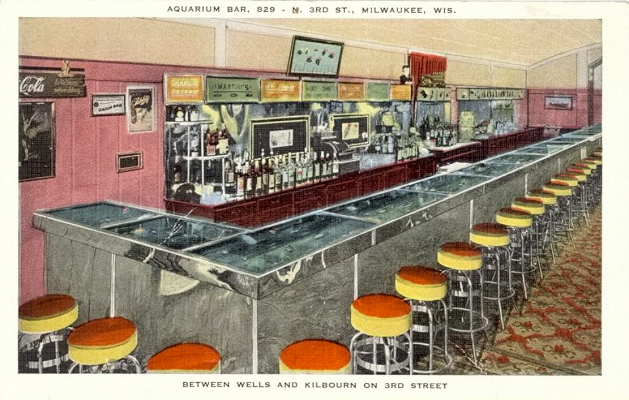 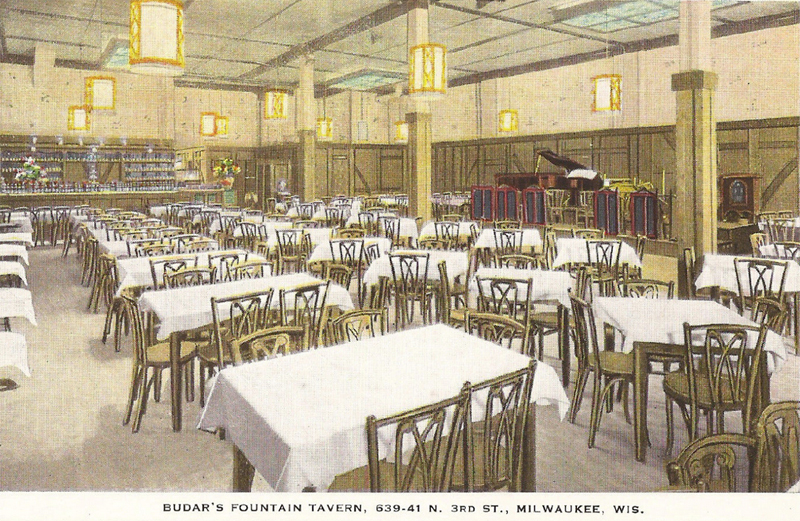 Joe Budar's Fountain Tavern, at 639-41 N. 3rd St. (now 1849-1901 N. King Dr., no longer standing, it seems) appears to have been around in the early part of the 20th century. The references I've found to it appear in the years around 1920. It looks like a sprawling place and thanks to the bandstand in the image, we can assume it hosted live music. By the 1930s, it appears Budar was working at the St. Charles Hotel and later the Royal Hotel. There was also a place called Budar's Chez Paree at 45th and Wisconsin in the mid-1930s, but I haven't found much on that yet. 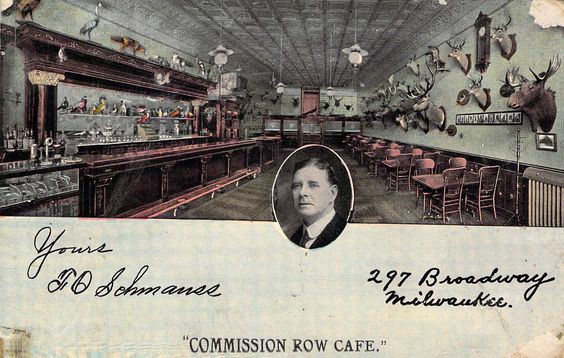 The Commission Row Cafe, which stood at 297 Broadway, where the Milwaukee Public Market is now located, appears to have been run by Mr. F.O. Schmauss, who was also proprietor of The Hungarian Cafe (aka The Hungarian Schmauss Garden and Cafe) at 181-187 2nd Street, which – oops – was caught serving oleomargarine with meals as butter. However, the list of offenders was not a short one, so Schmauss wasn't alone. Anyway, the Commission Row Cafe looks like it was the perfect place to toss back a whiskey after returning home with an eight-point buck strapped to the roof of your surrey. 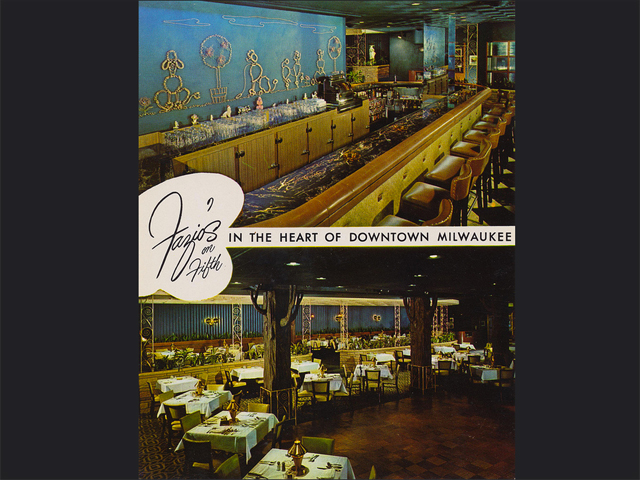 The building that was home to Fazio's, at 634 N. 5th St., also housed the Tic-Toc Club and The Starship (at different times, of course), but neither of those places had a poodle room. Read more about all three clubs here. 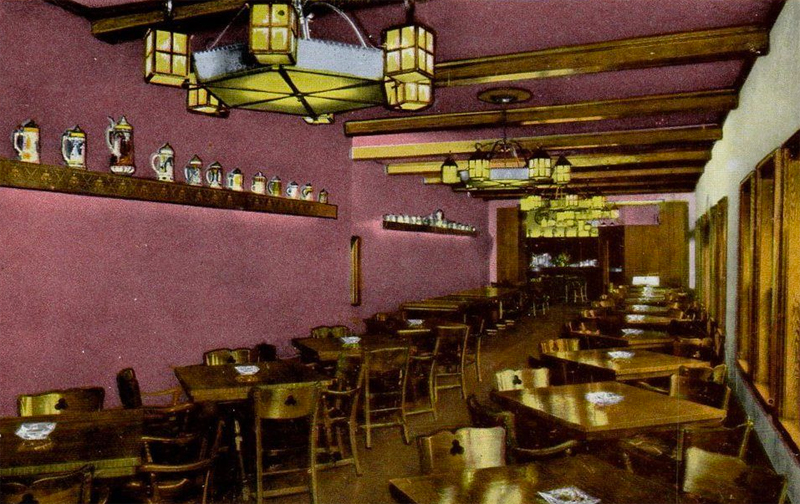 This is the only place on the list where you can still go and enjoy an alcoholic beverage. The Stein Room is in the Miller Inn on State Street and to enjoy a cold beer there, all you have to do is take the Miller Brewery Tour. At the end, you'll get some free samples in the Stein Room. 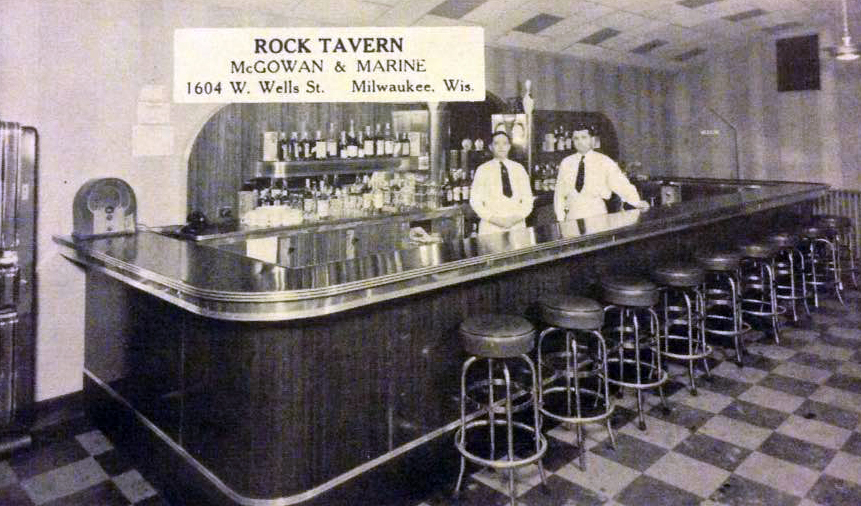 This place doesn't look anything like a Marquette bar. Maybe that's why even the building itself has been erased. It looks like John McGowan and Jack Marine ran a spartan, no-nonsense place with the basics: a bar, stools, a radio and, of course, booze. I'd love to travel back in time and stop in.