Milwaukee is - and always has been - a city of taverns. We like good beer and cocktails, and we like good company while we drink it. Here are postcard views of eight Brew City bars that have disappeared from the landscape.

Milwaukee is – and always has been – a city of taverns. We like good beer and cocktails, and we like good company while we drink it. Here are postcard views of eight Brew City bars that have disappeared from the landscape. 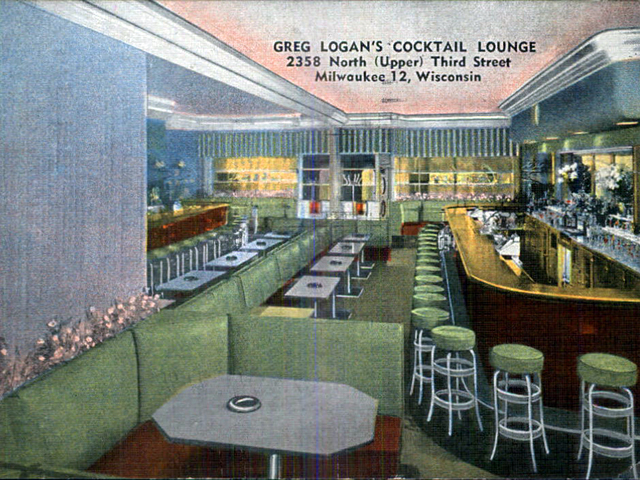 In 1958, the Milwaukee Sentinel wrote of this gorgeous-looking place, "Logan ... has been operating a first class cocktail lounge on upper 3rd St. for a quarter century. In examining a menu he was using back in 1934 an interesting price observation came to light. While a summer sausage sandwich sold for a dime and cocktails went for a quarter, the "zombie" still commanded a dollar a throw. 'Our flaming Blue Blazer cocktails has since replaced the zombie,' said Greg. 'It's a drink that renders the hot water bottle obsolete.'" I want one. 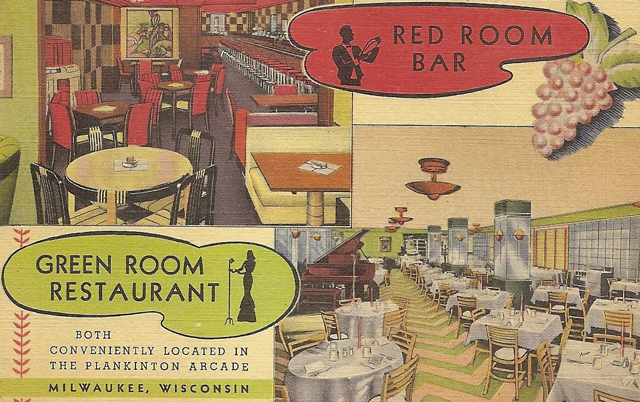 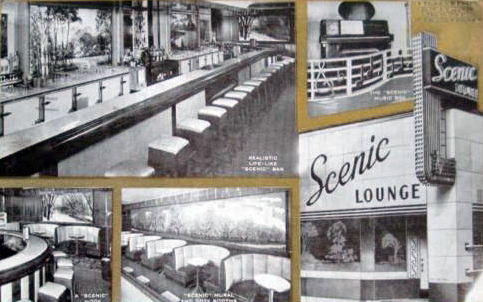 Check out this place – which lived up to its name – with its square stools, row of banquettes, curved bar and that incredible exterior and sign. It was located at 730 N. 5th St., between Wisconsin and Wells. 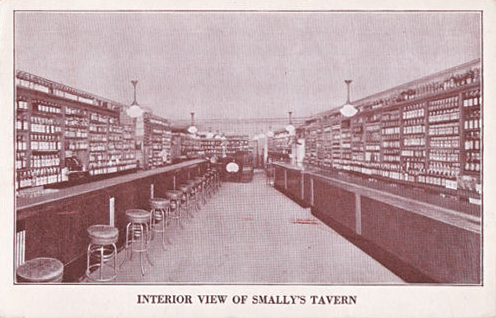 This place was an arm of Smally's liquor – "The House That Service Built," as its ads boasted – at 1835 W. Vliet St. In fact, the tavern – run by Edward Smally – looks like it's actually in the store in this photo. A full-page 1938 Smally's ad boasts of wine by the truckload and a fifth of gin for 84 cents. The ad also notes that Smally's was open daily until 1 a.m. 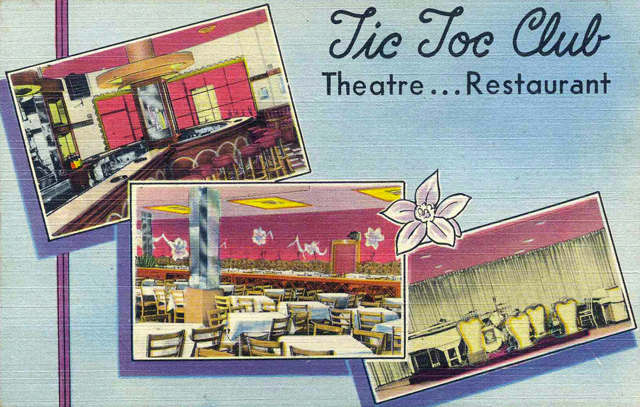 Located across from the Milwaukee Hilton at 634 N. 5th St., the building was later home to other clubs, too, including The Starship. Read more here. 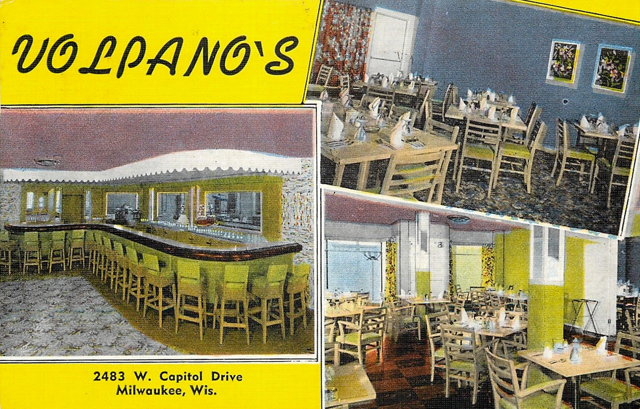 In 1960, publican and restaurateur Lou Volpano passed away, prompting the Milwaukee Sentinel to lament that he, "has left a void in the hearts of his many friends and patrons. His loss is also a blow to the restaurant industry, as Volpano did a great deal to promote Milwaukee's reputation as a great dine-out city. He left his mark behind him at 2483 W. Capitol Dr." 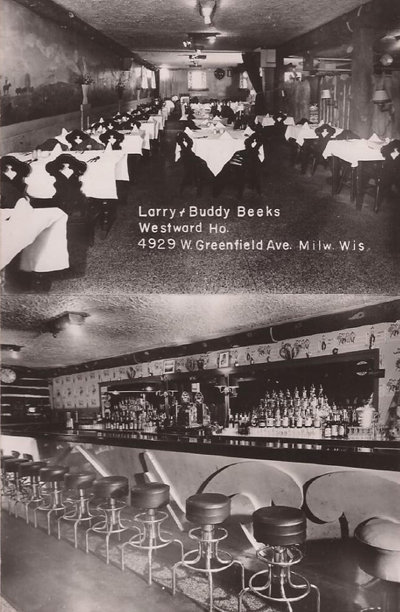 Larry and Buddy Beeks ran this place near the corner of Beloit Road (that may later have been named solely for owner Buddy Beeks), which was known for hosting live music, including the likes of organist Bob Krause in 1954 and around the same time, jazz pianist Tony King. 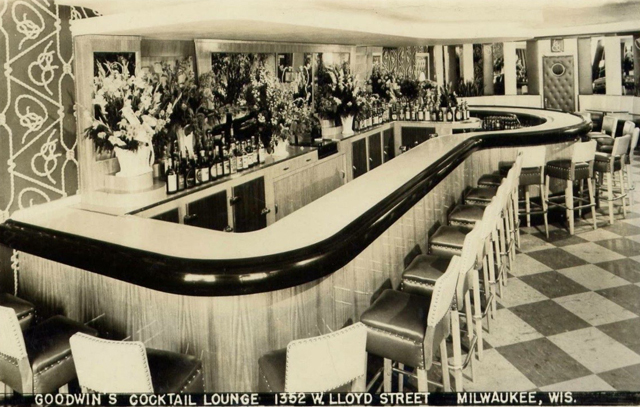 This place, seen here in a 1950s shot, with its padded leather door, checkerboard floor and gorgeous bar was located at 1352 W. Lloyd St. It is now long gone, having left nary a trace, and the site is part of the schoolyard at Lloyd Street School.