While we may not be the land of 10,000 lakes, we prize quality over quantity, and there are some great places for recreation and reflection within a quick drive from Milwaukee. Here are some of our favorites.

I don’t know if you’ve noticed, but we’ve got a rather large lake quite close by. That luxury might mean you don’t need to head inland to check out some of the other fine bodies of water in the area.

If so, that’s a shame, because while we may not be the land of 10,000 lakes, we prize quality over quantity and there are some great places for recreation and reflection within a quick drive from Milwaukee.

Here are some of our favorites, in no particular order. 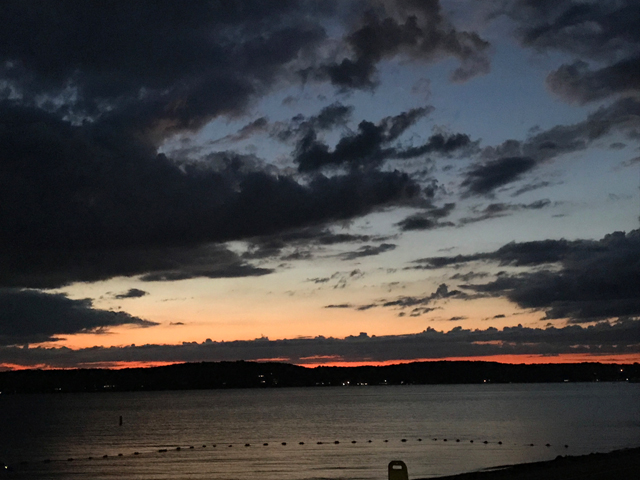 Not only is this former kettle that's now filled with water one of the state’s deepest lakes at 144 feet, it is among the loveliest. If you doubt it even for a second, go to Big Foot Beach on the eastern shore for sunrise, sunset or on a frigid day when the frozen lake is stunning.

Plus, there are three towns full of fun, as well as boat tours, a fine beach, a public path that circumnavigates the entire 8-square mile pond and more. 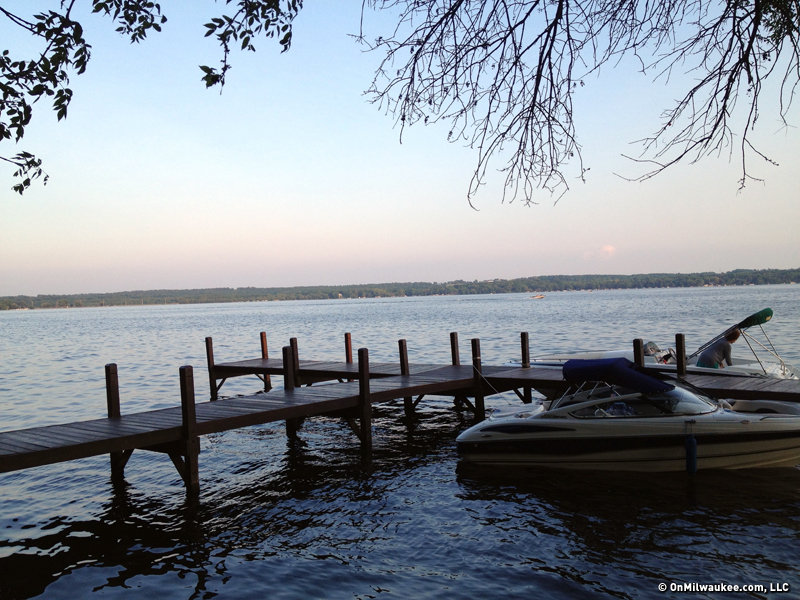 Geneva Lake may be one of the deepest, but Green Lake (which has its own county named for it) is indeed the most profound at a whopping 237 feet. There are many reasons to love Green Lake and I discuss eight of them here.

It’s less than a two-hour drive to get there, so hit the road early and you can make a great day of it. 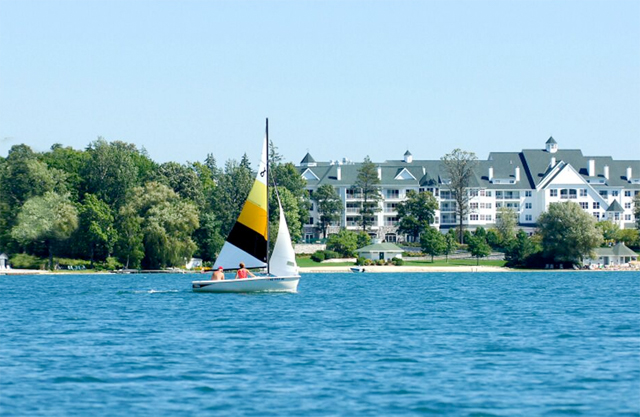 Even closer, at just about an hour’s drive, is Elkhart Lake.

In addition to the pampered resort life you can find here – discussed in this post – the crystal-clear Elkhart Lake is great for fishing for walleye, trout, northern pike, muskies and large and smallmouth bass. There’s a public boat launch up on the northwest corner of the lake.

Like Green Lake, there’s a quaint downtown to explore, too, with shops and restaurants. 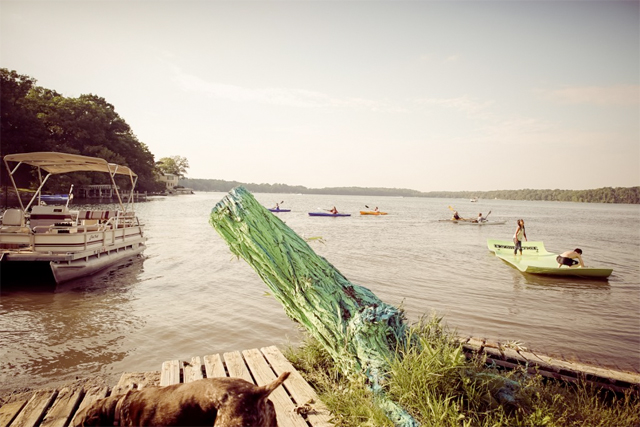 I say "lakes" because there’s an upper and a lower, both of which you can see when traveling on I-94 toward Madison.

The 277-acre upper lake (pictured above) is the deeper of the two, with a max depth of 60 feet. It’s good for fishing but you often see water skiers and other pleasure-seekers out there. A good perch for watching is the tavern on the southern edge. These days it’s called Panga Bar & Grill, 34422 Delafield Road, and is run by Milwaukee’s Mike and Kristyn Eitel.

The lower lake is a tad smaller at 239 acres and just 36 feet deep. It feels more serene, too, and therefore seems like a better fishing spot, with panfish, walleye, pike and bass.

There’s a great canoeing travelogue called "Bark River Chronicles," that talks about both Nemahbins. Definitely worth a read. 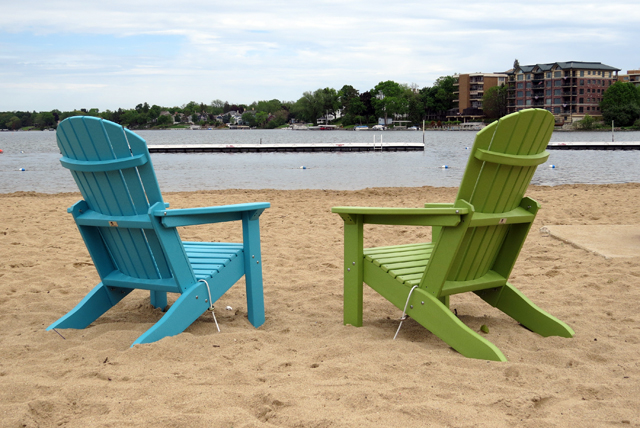 Lac La Belle is that big lake upon which Oconomowoc sits and, consequently, it’s definitely no secret. But it is beautiful and fun for the whole family.

You can rent paddle boats, you can water ski, you can swim. You can fish for bass, walleye, pike and panfish – though it’s not an especially clear lake. There's a bandshell and a playground and a concession stand.

You can walk up the street and get real Italian gelato.

Best of all, perhaps, you can stretch out a towel and lounge on the clean and fun City Beach, one of the best public beaches in the greater Milwaukee area.

In season, you can stop at The Kiltie, a real frozen custard drive-in with carhops. 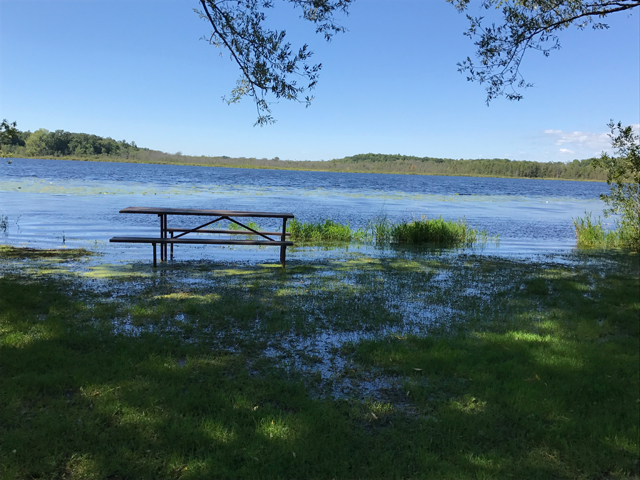 Also known as Moon Lake (not sure why as it’s shaped more like a human stomach), Mauthe Lake and its northern Kettle Moraine sister, Long Lake (which is quite aptly named), are an hour’s drive from Milwaukee and both have popular state park campgrounds. The peaceful Mauthe Lake is great for quiet fishing, kayaking or lazing in a canoe under the sun.

You can also fish for bluegill, pike, largemouth bass and walleye off the pier – rangers are often on hand to help kids cast their first lines into the drink – but you’ll likely be more successful out on a boat.

Or simply enjoy the beach, which is quite popular, so get there early. There’s plenty of parking, plus a playground, a pavilion you can rent, grills and other amenities.

While you’re in the neighborhood, stop for a burger at the unbeatable (cash only) Burger Haus in Campbellsport. Warning, the ice cream cones are insanely portioned. Share one.

I’ve saved the oddest for last. Rock Lake is in Lake Mills and it’s alternately named Tyranena, which is the name of a local microbrew you should enjoy while you’re there pondering the surface of this 87-foot-deep lake.

Keep a close eye because while you can’t see the pyramids under the water – believed to have been built by the same native peoples who built Aztalan between here and Fort Atkinson and Cahokia just across the mighty Mississippi from St. Louis – you just might see the legendary lake monster pop its head up above the gentle waves.

Yes, Rock Lake has its own Nessie and it’s alternately called The Terror and, rather more affectionately, Rocky.