Thanks to Milwaukeean and photographer Adam Levin, who found a treasure trove of old Kodachrome half-frame slides of Milwaukee in an antiques store, we can offer up these gorgeous photos of the city as it appeared in the 1970s.

Thanks to Milwaukeean and photographer Adam Levin, who found a treasure trove of old Kodachrome half-frame slides of Milwaukee in an antiques store, we can offer up these gorgeous photos of the city as it appeared in the mid-to-late 1970s.

Levin – who runs the Old Milwaukee group on Facebook and has posted some of the images there – found the pictures, taken by Ray Szopieray. The Milwaukee County Historical Society actually has a collection of more than 25,000 of Szopieray's images, documenting the Milwaukee area from 1935 through 1985. As for the slides of Szopieray's shots Levin found at the antiques store, he nabbed four boxes at a 10-spot a box. Lucky dog.

Enjoy this walk down memory lane ... 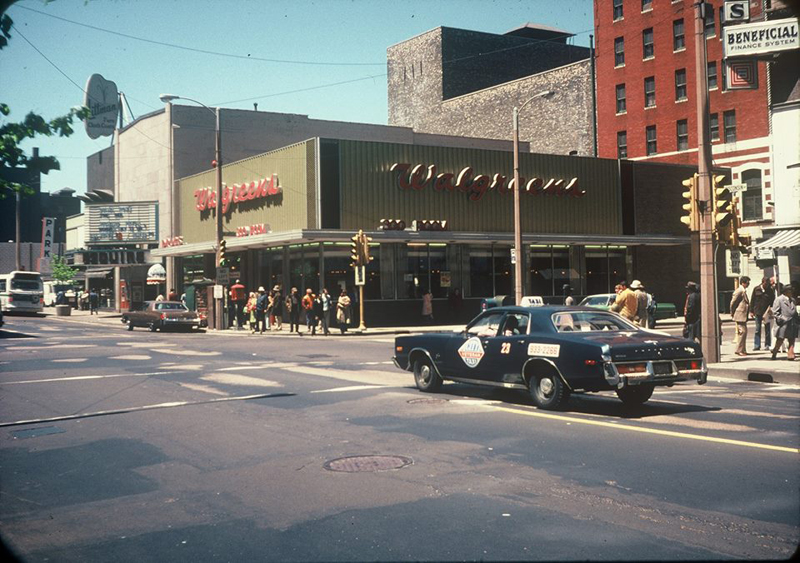 This entire block came down soon after and was replaced with the Henry Reuss Federal Plaza, including the 1940s-era Esquire Theater. In these days, there was no Grand Avenue Mall, and 3rd Street went through between Wisconsin and Michigan. 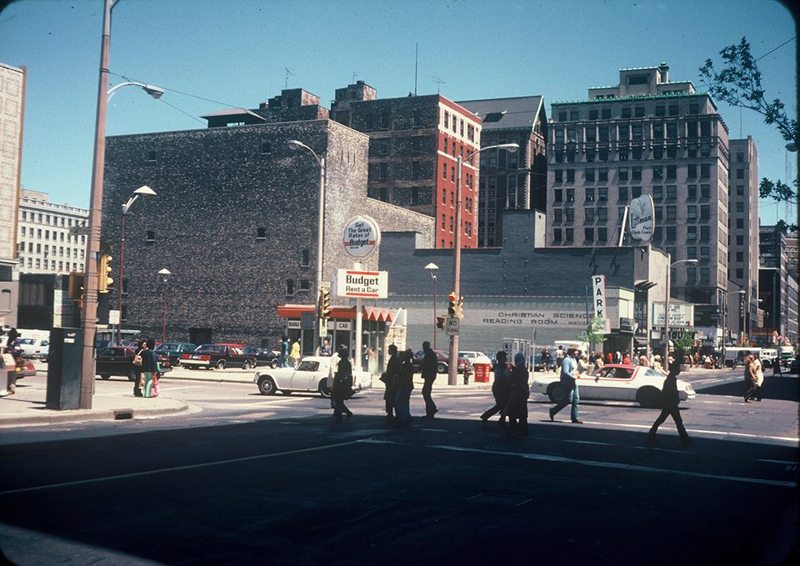 Seems kinda bustling doesn't it? You can see the Wisconsin Hotel lingering there in the background. Through a gap at left, you can see the building that was long home to Radio Doctors. 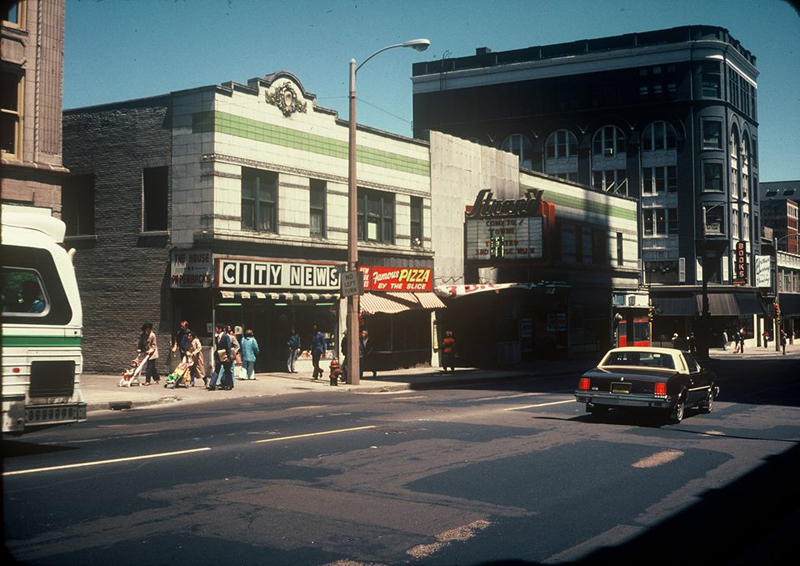 Looking northeast toward 5th and Wisconsin. There's the old Strand Theater, as well as a pizza by the slice place that was definitely gone by the time I got here in 1983 and found a pizza slice desert. Some of us remember when City News was Motown Beauty Supply. And look at Schwartz Bookshop over there on the corner, before it moved to the Iron Block in the '80s. 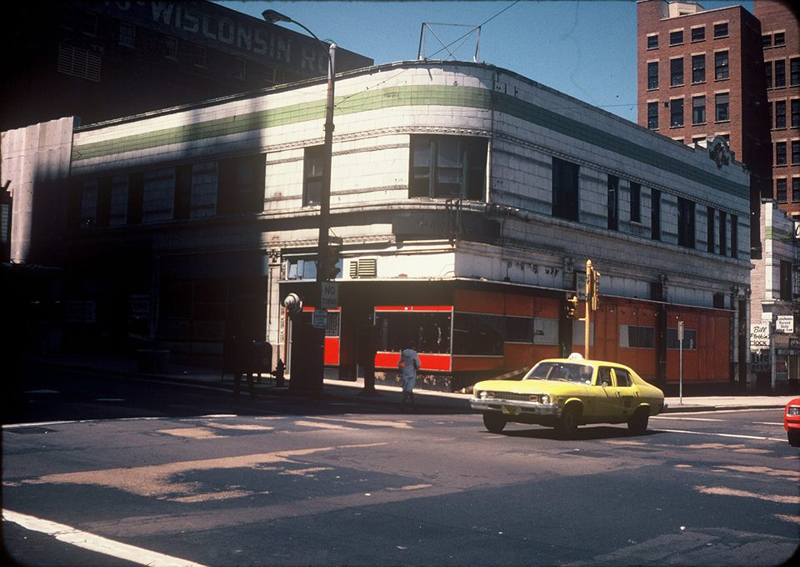 This spot on the northwest corner of 5th and Wisconsin was the Voom Voom Room strip club. But it was also a live music venue for many years before that. More here. 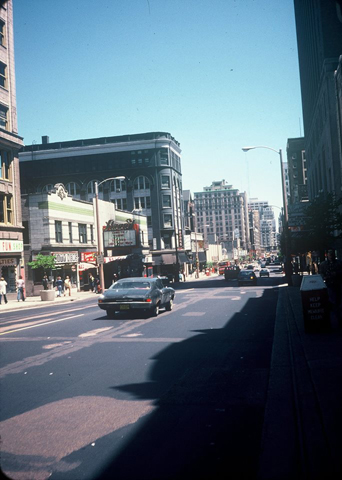 Looking east on Wisconsin Avenue from roughly the southeast corner at 6th Street, we get a wider view – you can spy The Pabst Building in the distance – of photo No. 3. 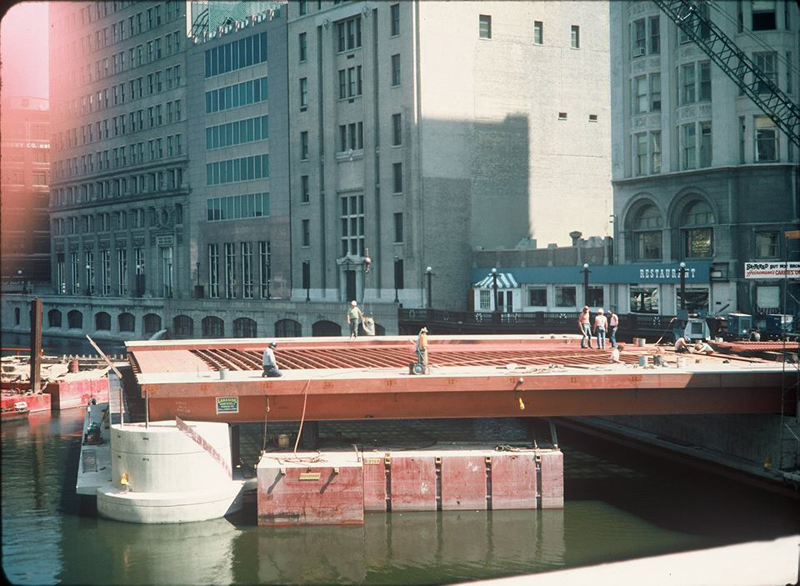 Speaking of The Pabst Building, you can see it at right in this photo showing the construction of the new Wisconsin Avenue bridge over the Milwaukee River. The Pabst and its northerly neighbor were demolished and replaced, after a period of inactivity, with 100 East Wisconsin. 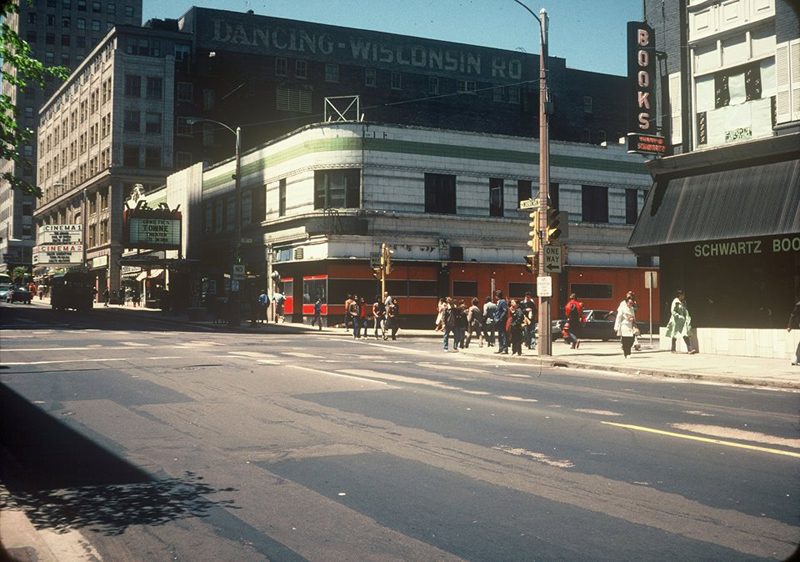 Another view of 5th and Wisconsin, this one looking northwest and showing Schwartz and the Voom Voom Room, but, best of all, offering a look at the Carpenter Building, with the old Wisconsin Theater – which opened in 1924 – and its then-extant sign for the rooftop ballroom. The theater also had a 15-lane bowling center in the basement. I remember my grandfather telling me that the draft office was in the Carpenter Building during World War II (with an entrance on 6th Street). It was demolished in 1986. 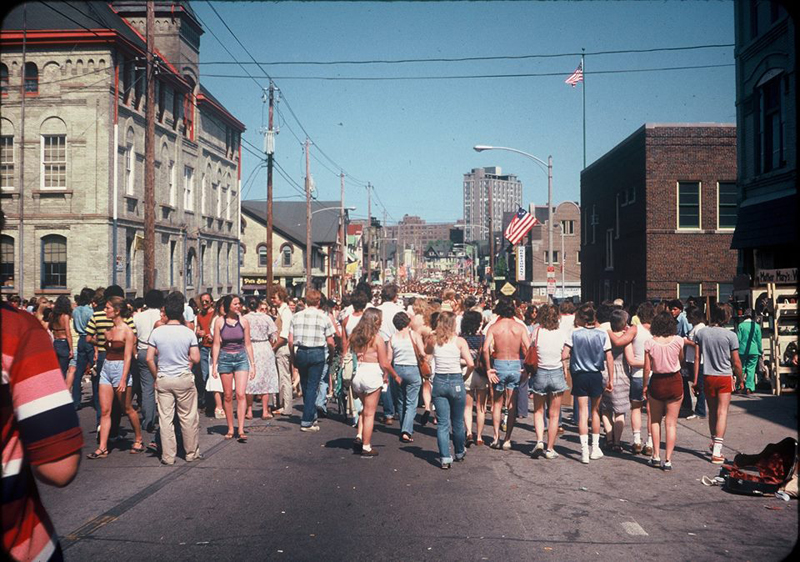 Just goes to show you it has always been party time on Brady Street. Here's a great show looking toward the lake from just east of Humboldt. 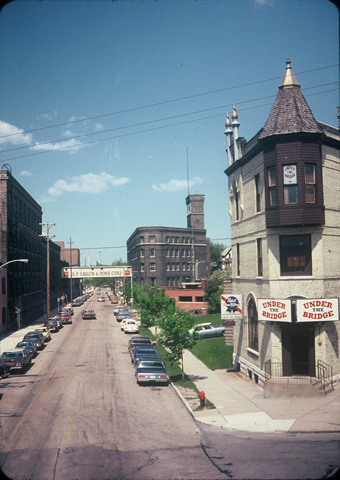 Back when Trocadero was Under the Bridge and the only thing separating North Water Street from the Milwaukee River running parallel to the north was a long stretch of Gallun tannery buildings, seen at left. Those have all been razed, and new developments are under construction there right now. 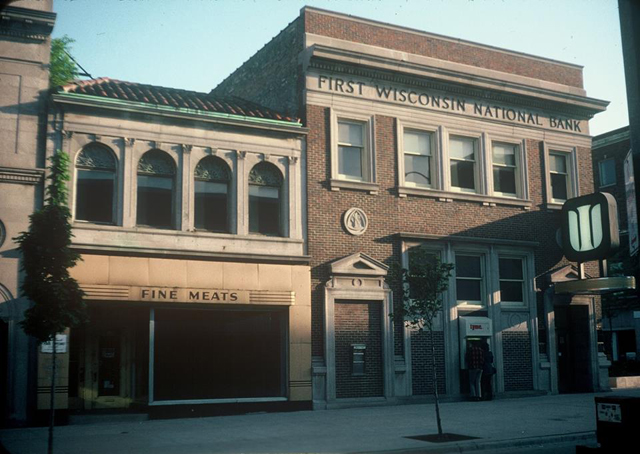 A nice little look back at the city's second busiest shopping street and the South Side's very own Main Street, this one has a great art deco facade, a First Wisconsin Bank branch AND a TYME machine!