The Third Ward is not only a vibrant living museum of historic Milwaukee architecture, those buildings offer examples of work by all the greatest architects the city has produced. Follow me on a second mini walking tour of some of the neighborhood's most interesting gems.

Recently, I posted a mini walking tour of some of the neighborhood's most interesting gems.

This list can serve as a continuation of the first – or a second day out, if you prefer. Here are nine more of the most interesting buildings in the Third Ward by an impressive range of Milwaukee architects. 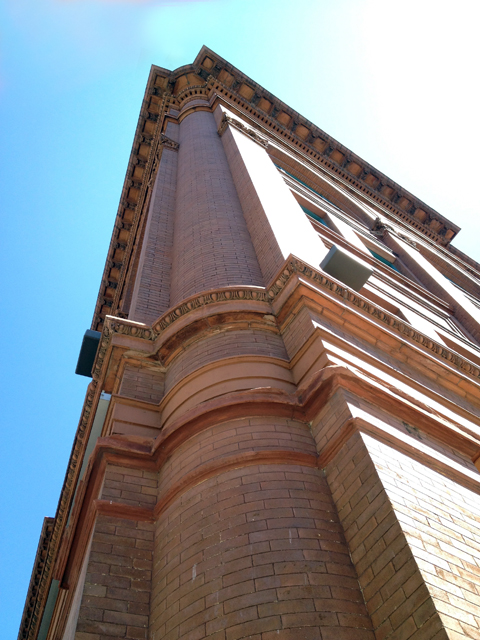 More recently it was home to the now-closed William F. Eisner Museum of Advertising & Design. Milwaukee Institute of Art and Design had dormitories on the upper floors until a few years ago (Two50Two is its lone residence hall now) while the former museum space awaits a tenant.

The distinctive orange-red brick makes this building instantly recognizable in the area. I'm especially enamored of the bays – on the south facade – of double Queen Anne arched windows on the fourth floor that flank two sets of four pedimented windows, which, in turn, flank a trio of windows that are barely ornamented at all. 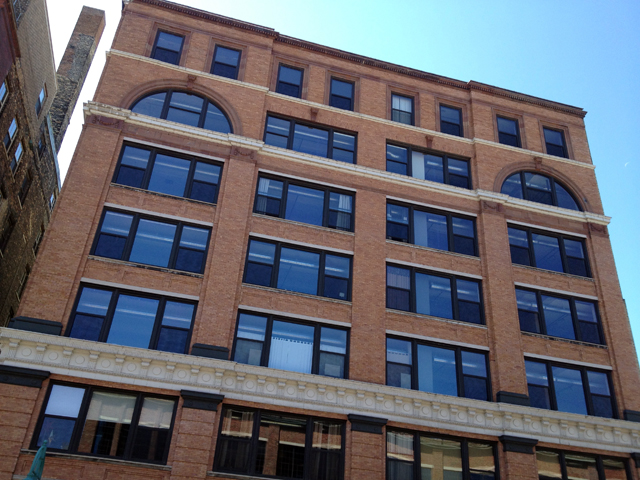 Fifteen years after the Cawker Estate Building went up, Charles Crane drew this taller and simpler warehouse, though with some of the same elements. Bujilding for the Cohen Bros. Manufacturing Co. – which made working clothes for the likes of miners and lumberjacks – it was home to Reliable Knitting from 1969 to 2006, according to the Historic Third Ward Association. It’s currently condos above retail. 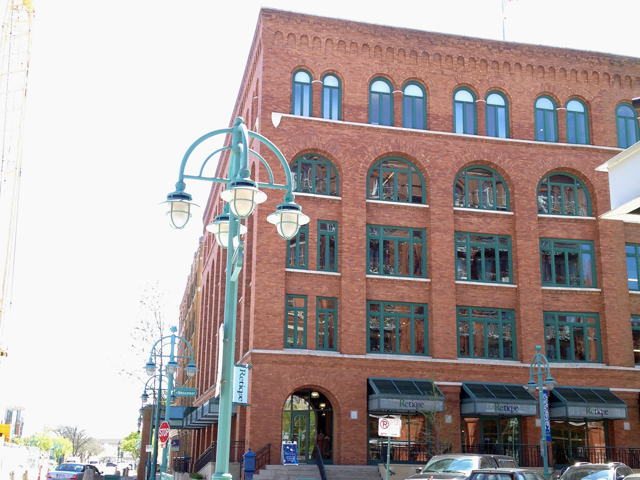 Occupying a prime location on the corner of Broadway and Chicago, this five-story Romanesque Revival warehouse was designed by Uehling and Linde for the Phoenix Knitting Works, a hosiery maker that occupied a number of buildings in the neighborhood, including 318 E. Chicago St. (Kirchhoff & Rose, 1915), 219 N. Milwaukee St. (Uehling, 1917) and 320 E. Buffalo St. (Lockwood & Greene, 1922). Phoenix was so big that it had six plants overall. The building was renovated in 2007. 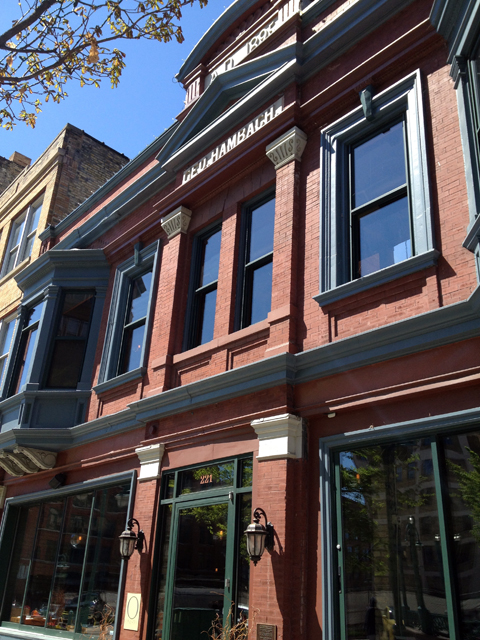 This lovely Queen Anne style home and residence for George Hambach was designed by Carl Itzel, a name rarely heard in Milwaukee.

Though Itzel had a Grand Avenue address for his "Architectural and Mechanical Drawing, Bldg and Modeling School in the early 1890s, by 1896 he had moved to Brooklyn, where he died at his home on Sterling Place in 1901. One obituary noted that the architect (therein spelled "Etzel") had work built in Pittsburgh and Cleveland and was working on new YMCA buildings in New Haven, Conn., when he died at age 60.

In a neighborhood full of weightier warehouse architecture, the Hambach store offers a charming counterpoint. 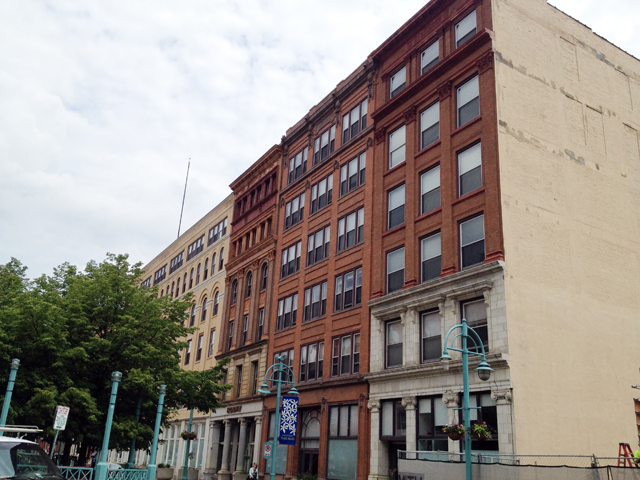 Now combined into a single condo complex called The Broadway – which opened in 1987 – these four buildings were designed by important Milwaukee architect Henry C. Koch for wholesale grocers Wellauer & Hoffmann (the northernmost building) and wine importers and liquor distillers Breslauer & Co. (the three buildings to the south). 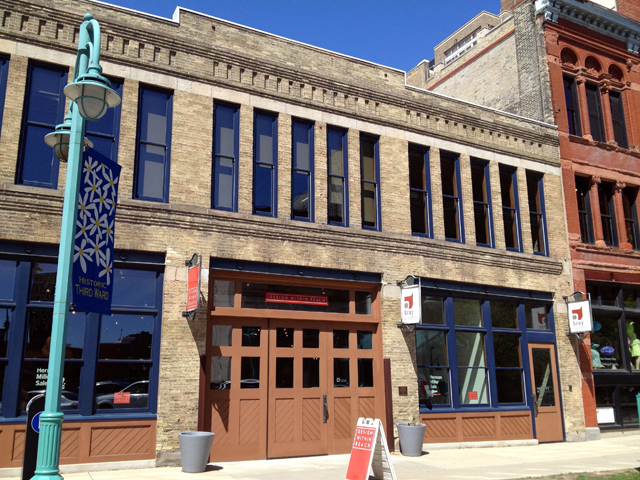 In 1892, Koch also designed the former horse stables for Hammel and Co. a block south and across the street. The low space was converted to warehouse use by the 1930s and since 2006 it has been home to Design Within Reach shop. 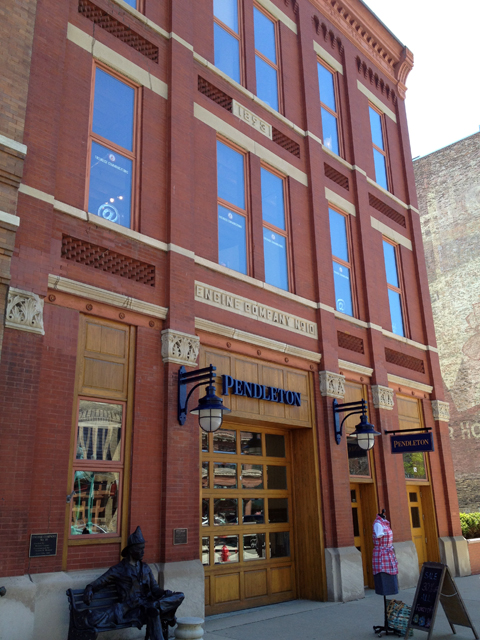 The predecessor of this lovely firehouse was also a station for Engine Co. No. 10 and one with a perhaps dubious distinction.

It was reportedly the only firehouse in Milwaukee history to have been destroyed by fire. In this case the fire was the 1892 blaze that decimated and changed the face of the Third Ward.

It’s been renovated into a retail store, but Queen Anne facade remains a fine example of a period firehouse drawn by firefighter Sebastian Brand.

Read about another Brand firehouse, this one on the East Side, here.

A peek into Brand's old firehouse on North 4th Street can be seen here. 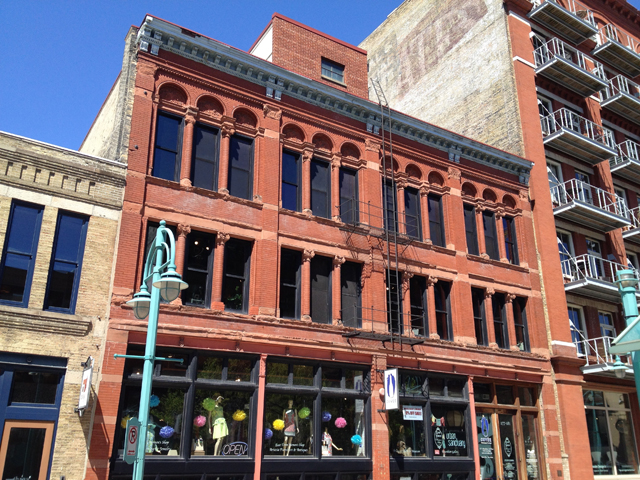 The same year Herman Schnetzky and Eugene Liebert drew cream city brick schoolhouses for St. Stephen’s in Walker’s Point and Maryland Avenue School, they drew this three-story red brick building for Mrs. Isabella Ryder, drawing on the style of giant Louis Sullivan for its decoration. The first tenant of the building was Milwaukee Mirror and Art Glass Works, according to the Historic Third Ward Association. 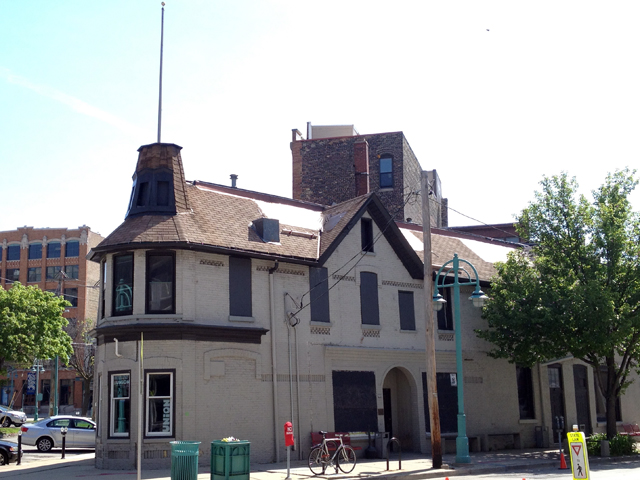 This attractive and unusual flatiron-shaped Queen Anne structure – one of just a handful of buildings to survive the devastating fire that basically erased the area in 1892 – has a long history as a saloon. An Historic Third Ward walking tour document compiled by Historic Milwaukee, Inc., suggests the structure was built around 1888, and designed by architect August Buchholz, the triangular spot was apparently a Miller Brewing Co. tied house. However it is possible that the first tavern opened there in July 1891, when William Murphy applied to the Common Council for a license to sell "vinous, spiritous, malt, ardent or intoxicating liquors or drinks in quantities less than one gallon, to be drank on the premises." Read more about this building and a couple adjacent ones here.

Click here to see part one of the tour.