The Admirals reveal a new logo ... starring a sentient refrigerator

It's been a big week for new looks for Milwaukee teams, between the Brewers' retro reveal and the Bucks' Cream City uniforms. But apparently the best was saved for last as the Admirals revealed this week a special new logo and jersey ... starring a fridge.

It's been a big week for new looks for Milwaukee teams, between the Brewers' retro reveal and the Bucks' Cream City uniforms. But apparently the best was saved for last as the Admirals revealed this week a special new logo and jersey that they will wear later in the season.

And also it features a sentient hockey-playing refrigerator. 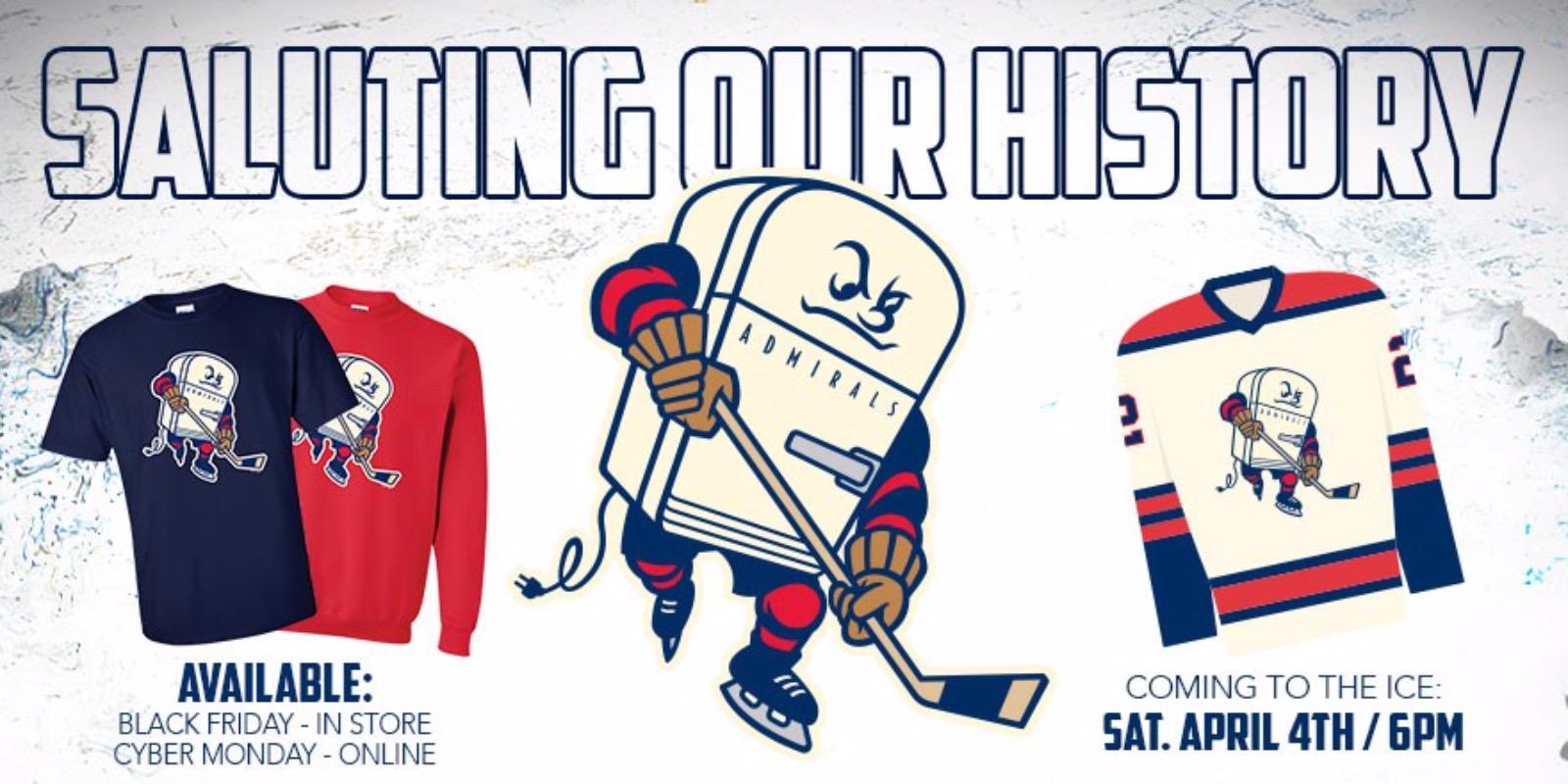 Indeed, meet the Ads' new alternate look, designed to celebrate the team's 50th anniversary. That's right: This isn't just some goofy minor league hockey gimmick. This actually has some historic basis for the Admirals, who despite decades of nautical-themed logos and branding, were actually named after a kitchen appliance.

According to the team, when local businessman and appliance store owner Erwin Merar Frank bought the team in 1970 and decided to name the team after one of his most successful brands: Admiral Appliance. So yes, the Admirals are actually one of the earliest forms of corporate branding mixing with sports branding. Who knew the Ads were literally an ad?

Here's what I definitely know: It's an incredible logo, creative and perfectly corny old-school kitsch that looks like it came from the era instead of looking like some contrived cartoon wackiness that you see a little bit of in minor league baseball. We very much approve of Frank the Fridge. (Feel free to keep that name for the mascot, Admirals.)

Fans will be able to see the Milwaukee Admiral Appliances in all their retro glory on ice on Saturday, April 4 when the Ads take on the Rockford IceHogs at the UWM Panther Arena. And most importantly, they'll be able to get their hands on the new gear starting on Black Friday exclusively in person at the arena's team store, open 10 a.m. until 3 p.m., before the look goes for sale online on Cyber Monday.

Check out the Admirals' website for more updates and looks at the refrigerator gear – and stay tuned to OnMilwaukee for any more new logo and uniform news. Packers, you want to get in on this flurry of new looks too? (Don't you dare.)

Milwaukee Admirals opt out of the upcoming 2020-21 season

Admirals kick off 2019 with good games and better giveaways