As the days grow warmer, treats like paletas, fresh fruit and refreshing beverages begin to sound better and better. And that fact isn't lost on Dominique Alvarado, who launched her new business, Algo Dulce, this week at the Westown Farmers' Market.

As the days grow warmer, treats like paletas, fresh fruit and refreshing beverages begin to sound better and better. That fact isn’t lost on Dominique Alvarado, who launched her new business, Algo Dulce, this week at the Westown Farmers' Market.

Alvarado is easy to spot in her aqua-hued tent, where she serves up a selection of healthy, refreshing traditional Mexican specialties with a bright infectious smile. 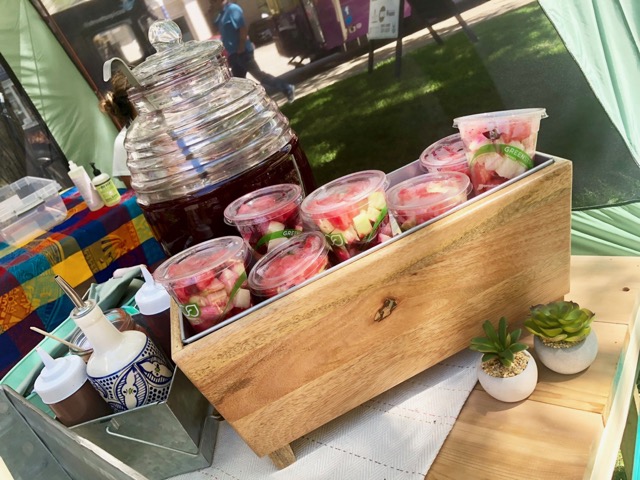 There's also housemade agua fresca, poured to order from traditional vitrolero (barrels). It comes in flavors like lime mint and hibiscus watermelon. Alvarado also makes her own horchata, using cashews as a base rather than dairy ($4).

Later this summer, she'll also serve handmade paletas at both the Cathedral Square Market and Fondy Farmers Market at Schlitz Park. Those will be offered in flavors including cucumber, chamoya and mint, vegan strawberries and cream, and a stunningly delicious mixture of beets, hibiscus, mint and ginger ($3 each).

Alvarado’s wares are a perfect match for the farmers market. Each of her items are handmade using fresh, seasonal ingredients that are sourced from local farms and purveyors. Her serveware is environmentally friendly. (Think corn-based plastic cups and bamboo forks, both of which are compostable.) Even better, she’s made an effort to produce options that are both vegan and dairy-free. And those details are just part of what makes Algo Dulce unique. 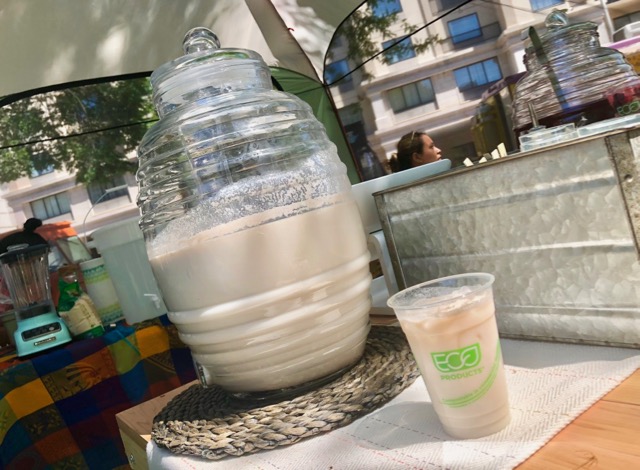 Alvarado is a first generation Mexican immigrant who’s currently finishing up her degree in sociology at Alverno College. She’s a mother, and she’s a teacher. Twice a week, she hosts workshops focused on vegetarian and vegan cooking for high school aged youth at Escuela Verde, a public charter school on the near southwest side that serves students with an interest in sustainability, student-led learning and restorative justice. It’s a job, she says, that’s gratifying in a variety of ways.

"I’m helping students get excited about eating more healthfully," she says. "So we focus on traditional dishes – like tacos or posole – that we all grew up eating, and we’re modifying them to make them vegetarian or vegan. It’s an eye-opening experience for many of the students who didn’t know that a vegetarian posole could taste so good."

She’s also a proud Xicana whose passions for Mexican food traditions led her to launch a business she hopes will make a difference in Milwaukee.

Alvarado says she’s always been compelled by food. In fact, she started her college journey in the culinary program at MATC. However, she says she found herself questioning whether the program provided what she wanted for her career.

"I found I really had more of an interest in food policy than in cooking food," she says. "I also struggled with the idea of what I wanted to cook. In the end, I decided I really wanted my focus to be on authentic cooking that gains inspiration from my heritage."

Although she grew up in Milwaukee, Alvarado’s family hails from Mexico City, the culinary hub of Mexico. And she says the idea for her business sprang from trips there to visit family.

The experience became part of her inspiration for Algo Dulce, which means "something sweet." 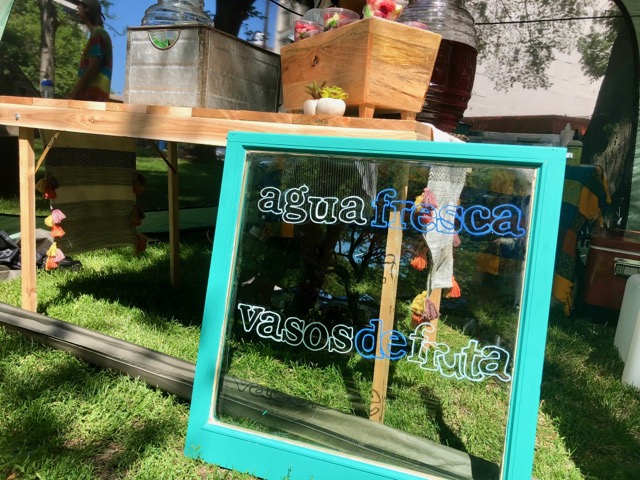 "Mexican food has been so heavily colonized in the U.S.," she explains. "So people have this idea that Mexican food is really unhealthy … that it’s deep fried or drenched in cheese. And that’s not the case. There are so many staples that are considered to be treats in Mexico that are really fresh and healthy."

She also observed the growing popsicle cart trend in Milwaukee, which she says struck a nerve.

"Paletas are a staple of the Latin community, particularly during warmer weather," she says. "And what I don’t see are very many Mexican-owned businesses profiting on this staple in our culture. So for me, part of my goal is to call attention to the heritage of these staples."

She says her own health was another factor.

"I was diagnosed with an eating disorder when I was 12, and hospitalized for it when I was 13," she shares. "So my relationship with food over the years has been filled with both love and hate. I love food, and it’s always been a part of my life. So, as I transitioned toward a more healthy relationship with food, cooking became my way of engaging with food and doing it in a safe way. That led me to really pay attention to ingredients."

"I didn’t grow up going to farmers markets," she continues, "But once I went and started to learn more, I kept going. It’s such a great way to support your local economy and getting to know your farmers and where your food is coming from. And that’s so important. My hope is that this business can also be a way to build a larger Latino/a presence at farmers markets."

Although Algo Dulce is a small nascent business, Alvarado says she hopes it will inspire others in her community to pursue their dreams.

"There aren’t a lot of Xicana businesses here," she says, "especially owned by younger people. And there are a number of reasons for that. When you are first generation, there’s a lot of pressure to go to college, do well in school and then work to support our families. I’m really fortunate that I’ve had a great support system that has allowed me to do all of that while still working to start my business." 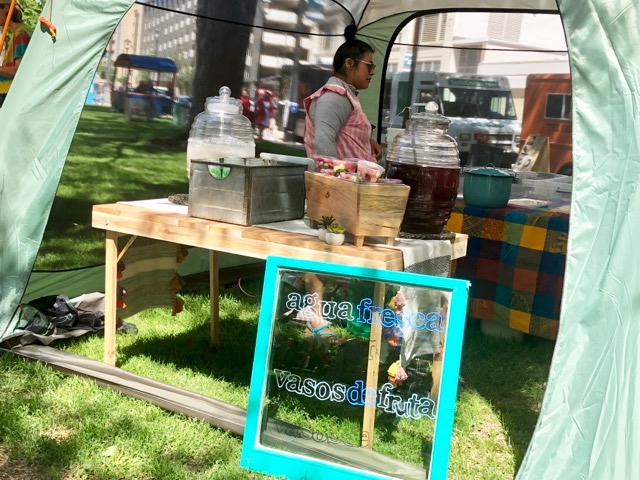 "I’ve had great help from organizations like WWBIC," she says. "and I've benefited from mentors, like Jesus [Gonzalez] from Mazorca and Trueman [McGee] from Funky Fresh Spring Rolls. I've also had the good fortune of working with Irving Torres, who now works in public policy in the Bay Area. He has great connections with the Stanford Graduate School of Business, so he’s always sending me resources that have been really useful in my journey."

And for Alvarado, Algo Dulce is just the beginning of her vision.

"I’m looking at graduate programs that are based in entrepreneurism," she says. "Starting a business is all about access and capital, and I’d like to use what I’ve learned to really help other women of color to start their own food businesses."