Alton Brown in Milwaukee: Where he went and what he ate

Yesterday evening Food Network star Alton Brown returned to Milwaukee for an installment of his new live show, "Eat Your Science," at the Riverside Theater. And we tracked his trip to the Cream City, as recorded via social media.

Yesterday evening, Food Network star Alton Brown returned to Milwaukee for an installment of his new live show, "Eat Your Science," at the Riverside Theater. We were super curious about the types of things he’d eat while he was in town, so we tracked his trip to the Cream City, as recorded via social media.

In the morning, he did a flyby, complete with a mini history lesson at the Riverside Theater, which he declared "the best live venue in Milwaukee."

Morning flyby at @PabstTheater in Milwaukee. I love this city and can't wait to perform tonight ... See you there. #AltonBrownLive pic.twitter.com/RTr0pAUfaC — Alton Brown (@altonbrown) April 8, 2017 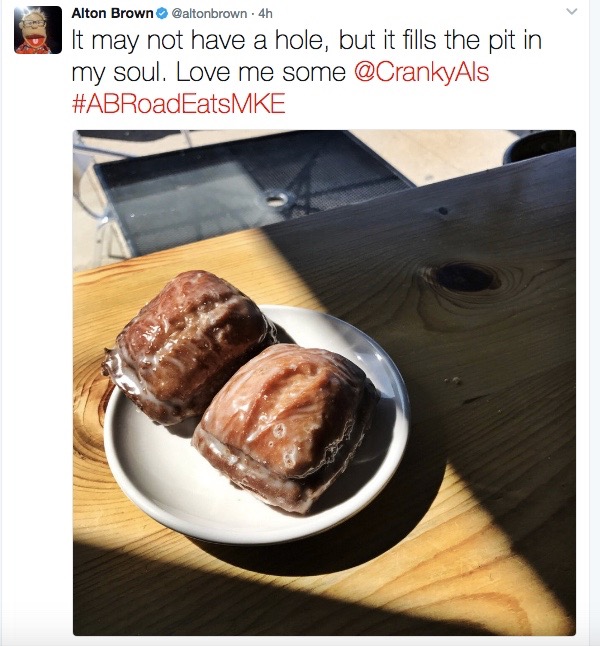 He also slipped over to "his home base," Valentine Coffee, where he sipped on a cortado. 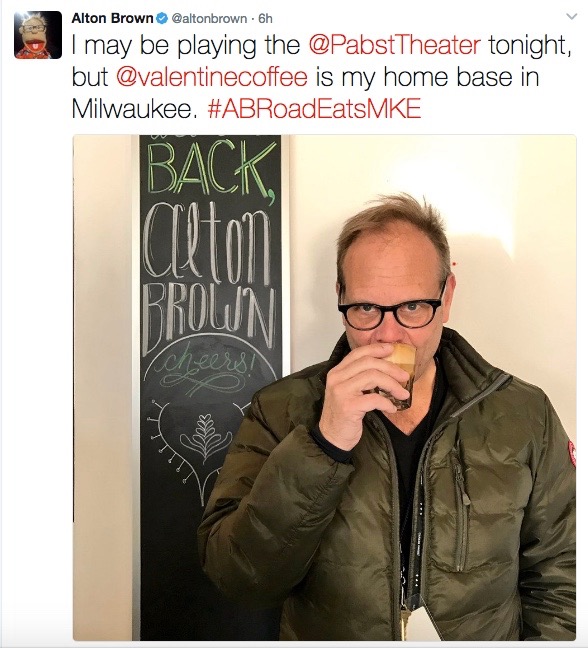 New on his list of spots was the Milwaukee Public Market, where he checked out some breaded cheese curds from the West Allis Cheese & Sausage Shoppe. 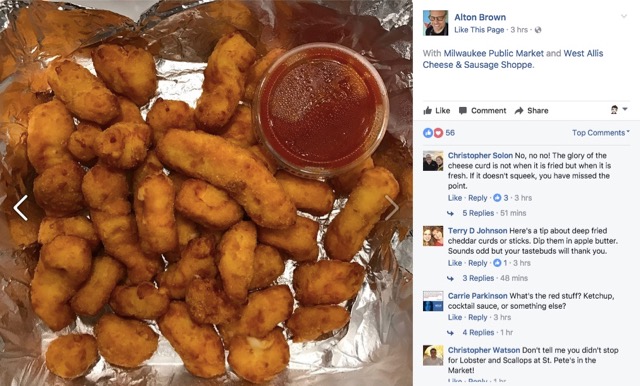 Seems he also sampled a bratwurst … although he didn’t indicate where, and we're thus-far stumped. Any ideas where these fries come from, Milwaukee? 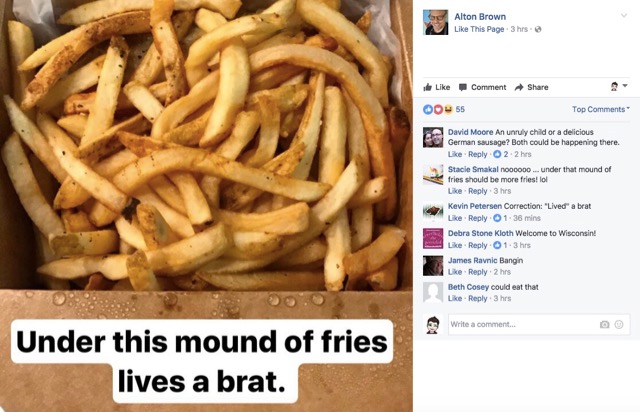 At around 6:30 p.m., he posted this video from the Green Room at the Riverside, where he got downright giddy that that he could order up yet another cortado on demand.

Speaking of the Green Room, he also sat down to a very special dinner, prepared by Chefs Kevin Sloan (who’s served over 500 meals to celebs like Brown), Jeff Janosik and Julie Thorsen, who probably has his autograph in her trove of treasures.

And then it was on to the theater, where he performed for a full house. He finished up his Milwaukee trip with this crowd shot and a farewell Facebook message: "What. A. Night. Thank you, Milwaukee! #AltonBrownLive"

Holy cow! They made a bobblehead of Charlie Berens from the "Manitowoc Minute"