Brunch. It's a ubiquitous weekend treat. But the tradition gets even sweeter when a restaurant that doesn't normally serve brunch gets in on the fun.

Brunch. It’s a ubiquitous weekend treat. But the tradition gets even sweeter when a restaurant that doesn’t normally serve brunch gets in on the fun.

So it is at Amilinda, 315 E. Wisconsin Ave., where Gregory & Orry Leon and their crew are pulling out all the stops for a limited edition Spanish-inspired winter brunch series which takes place every Sunday from 10 a.m. to 2 p.m. through the end of April (with the exception of Easter Sunday, April 21).

In fact, if you’re the sort of person who’s tired of the same old brunch dishes week after week, we’d recommend you make your reservations now, because this brunch is delightfully (and deliciously) different from the norm.

And, although the menu is likely to change from week to week (as inspiration hits), we can give you a pretty good idea of what to expect.

All the delicious things

When it comes to quenching your thirst, you’ll find all the usual suspects, from coffee and juices to brunch cocktails. 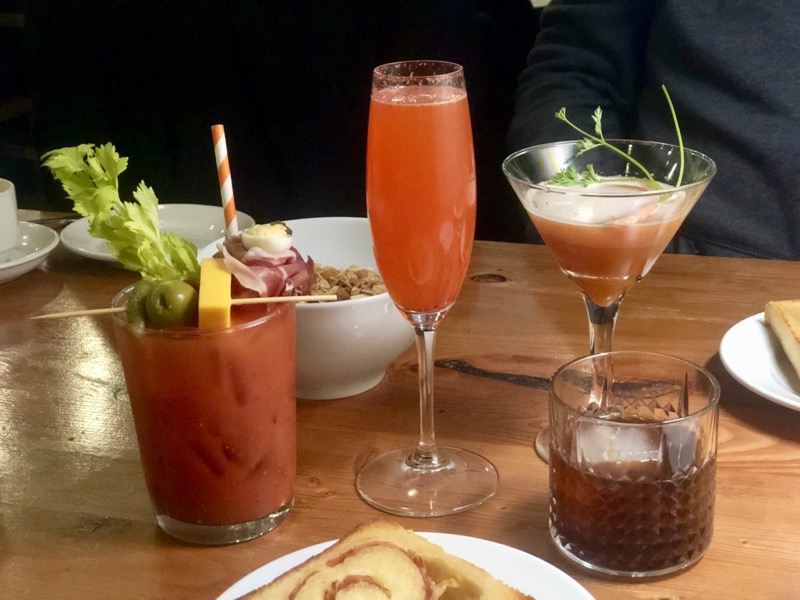 That means mimosas, both traditional and strawberry ($8-9) along with bloody mary’s, which can be ordered two ways: the Basic Mary (You know, she’s basic, $9) or the Mary’s Gone All Out, which is topped with lovely miniature food items. This week, it was a deviled quail egg, jamon Serrano, an olive, a cornichon, cheddar cheese, an adorable mini radish and a frill of celery ($12). Next week, we have it on good authority that there will be mini bagels! 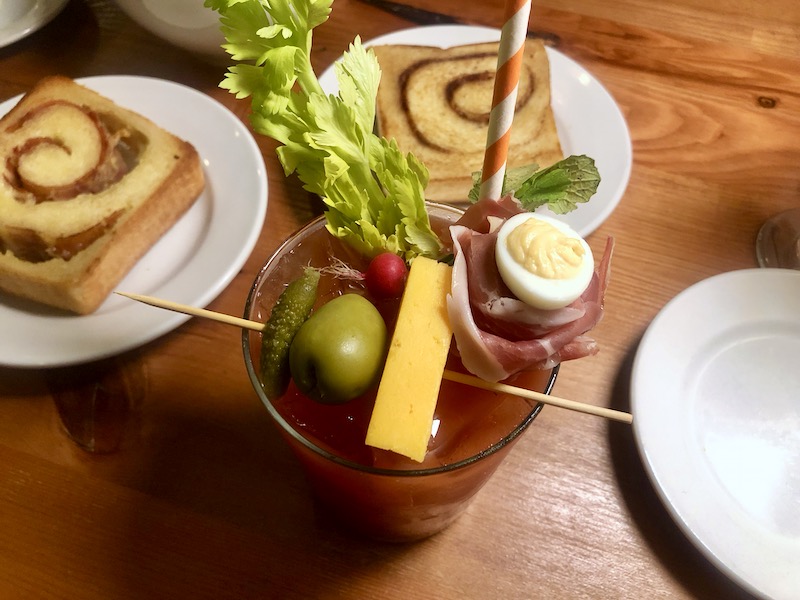 There was also a carrot cake martini featuring carrot cake infused rum with vanilla syrup and vanilla aquafaba (plus a teeny tiny carrot garnish, $13) and eye-openers like the carijillo made with 5-year Spanish brandy and espresso ($6) or the Raspberry Cafe featuring house-infused coffee vodka with a nip of Chambord on ice (pictured above, $10).

Of course, you'd be remiss if you left without ordering one of Amilinda's housemade flavored milks (banana or salted caramel), served up in a cute little glass milk bottle ($4). 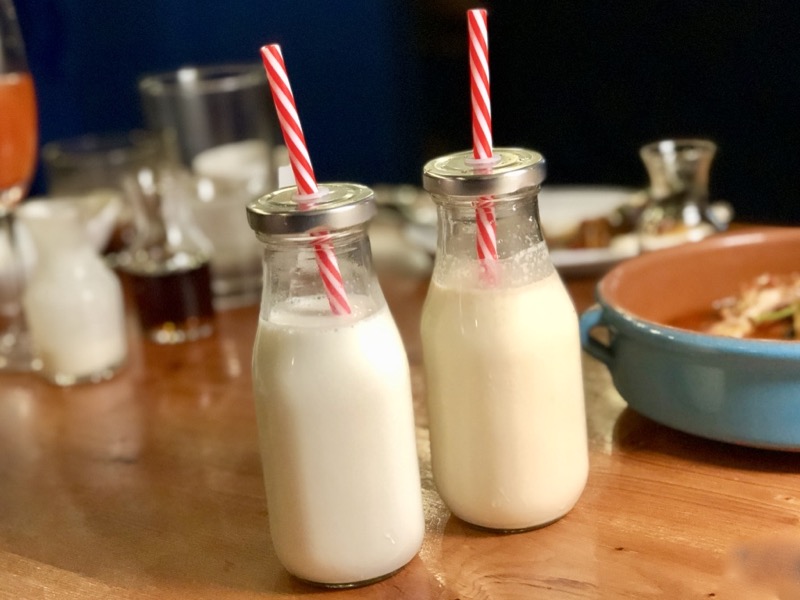 Among the treats to nosh alongside, we found pasteis de nata (Portuguese custard tarts, $10) and two kinds of housemade toast: cinnamon rose or Serrano ham and gruyere. Both are comprised of thick slices of housemade filled breads, toasted just until crisp ($5-6 per slice). 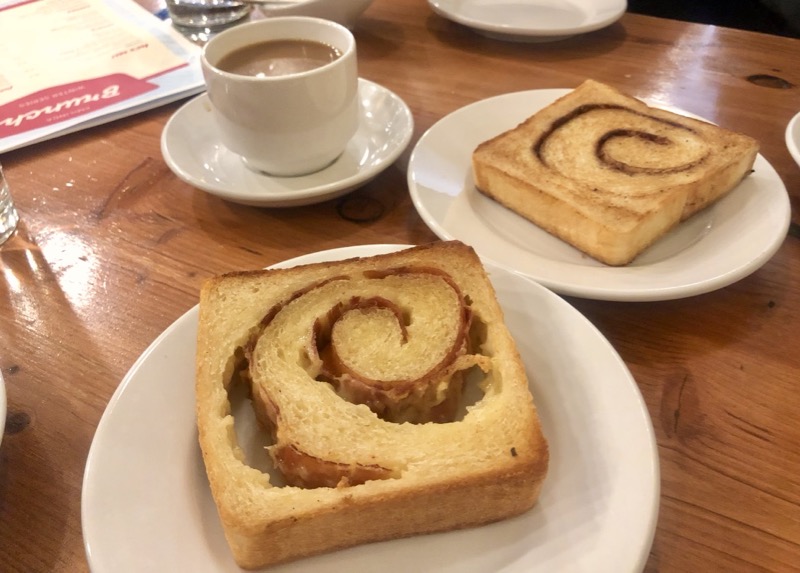 There was also rich creamy goat yogurt served with a topping of housemade granola featuring oats, nuts and dark chocolate ($8). 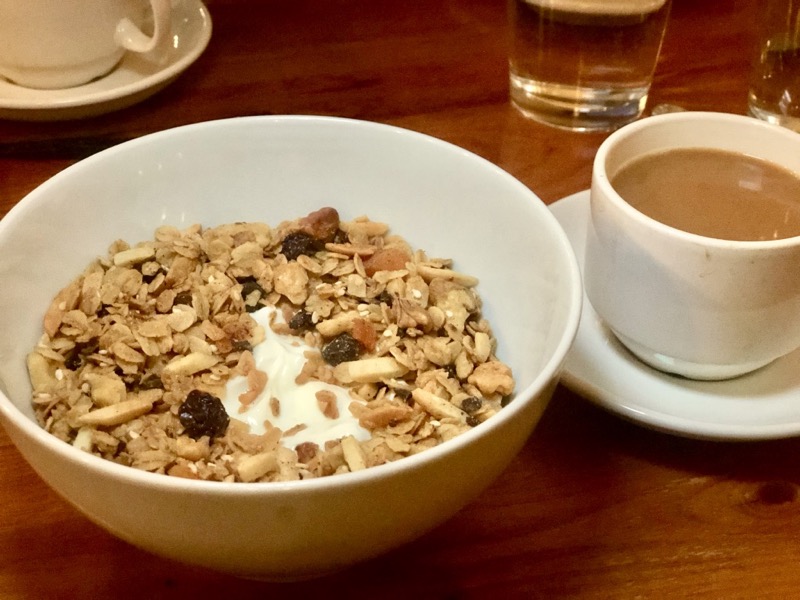 Shareable savory cocas (pastries) were topped with things like smoked salmon, red onions and capers ($12), Serrano ham and a fried egg ($13) or a medly of sweet and smoky roasted vegetables (pictured, $12). 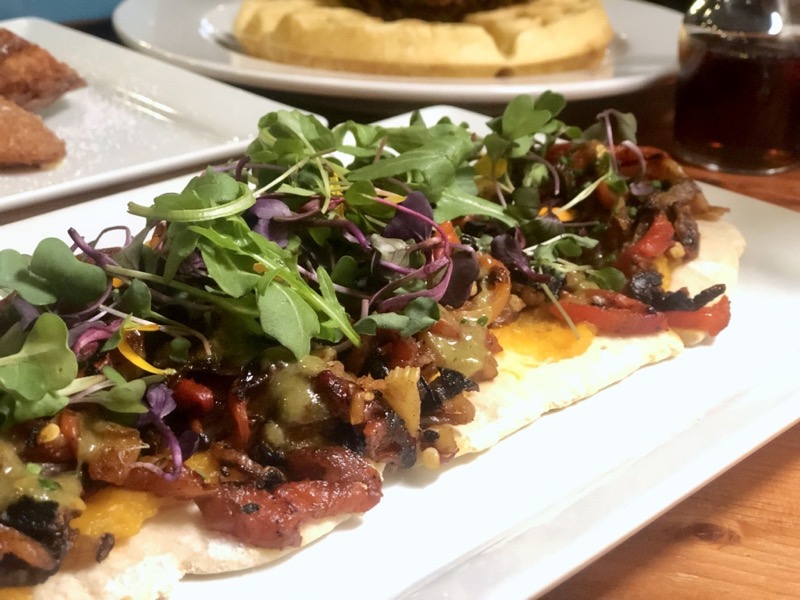 Fans of Amilinda’s piri piri chicken will likely get a kick out of the restaurant’s take on chicken & waffles. In this case, boneless cuts of piri piri chicken are fried crisp and served atop a fluffy waffle with spiced maple syrup ($16). 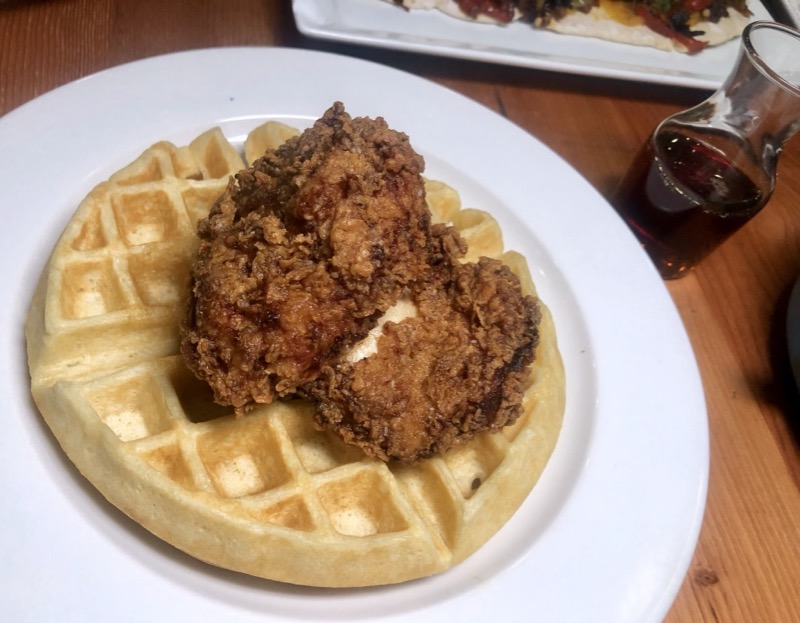 On the sweeter side, were torrijas, a Spanish take on French toast featuring tender, delicately sweet egg-soaked baguette slices infused with warming spices and fried until crisp on the exterior ($14). 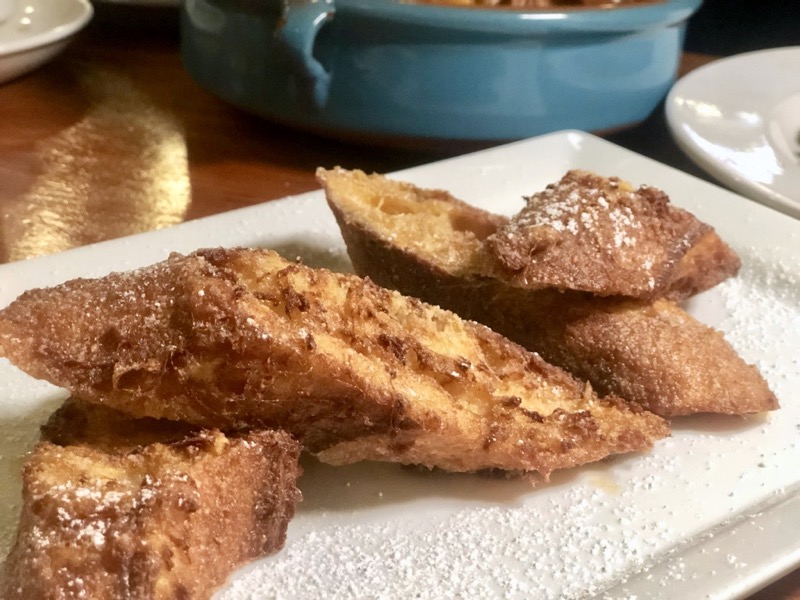 And among the most filling of them all: carcamusa, a dish often served tapas style in Spain. Served in a generous portion, braised pork shoulder, tomato sofrito, confited piquillo peppers were topped with a fried egg, transforming the dish into hearty brunch fare ($16). 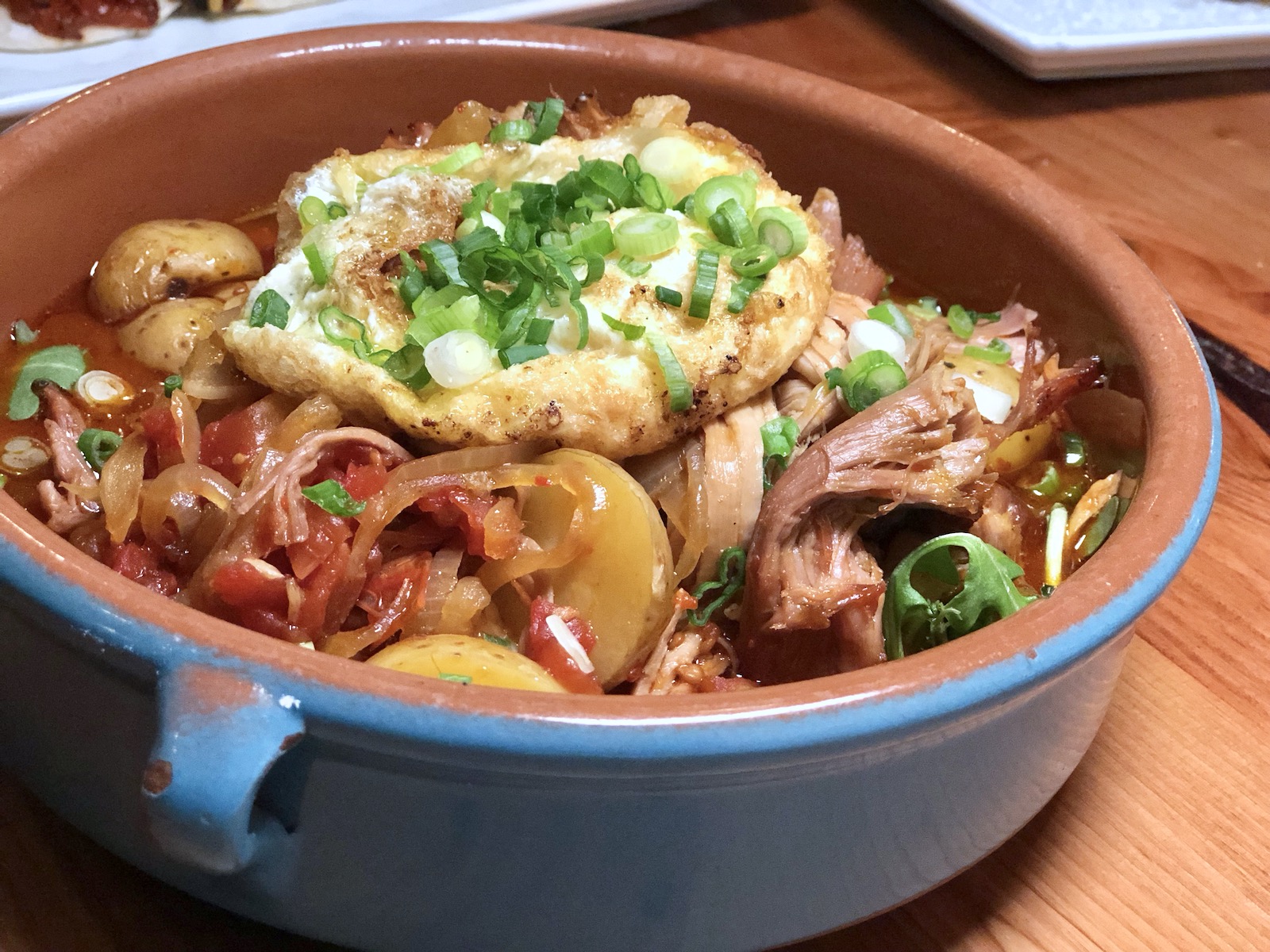 Sound good? Amilinda’s winter brunch series takes place from 10 a.m. to 2 p.m. every Sunday from now through the end of April (with the exception of Easter Sunday, April 21). Reservations are necessary due to the size of the restaurant; you can make them online.