There's a new Italian food truck on the streets, and they're serving up scratch Italian favorites like Italian beef sandwiches, calamari and more.

The truck is new to the Milwaukee scene, and it’s run by Joseph "Papa Joe" Micheli and Anna "Nonna" Rondinelli, a couple whose passion for food and talent for cooking birthed an opportunity for a second career in the food industry.

Rondinelli is a first generation immigrant who was born in Ceccano, a small town on the outskirts of Rome, Italy. She’s spent most of her life in the U.S., but her Italian heritage has been preserved through her family’s love for food and cooking.

"Both of my parents were excellent cooks," she says. "We had a very small kitchen, but my mother would cook course after course for everyone. We’re Italian, and that’s just what we do. We cook."

Micheli, a longtime cook himself, notes that the cooking gene was passed along to Rondinelli in spades. "She’s an excellent cook. We met online, but our first date was actually in my kitchen. I made homemade fettuccine and she made a porcini mushroom sauce. I can still remember how delicious it was."

As their relationship developed, making food together became the couples’ pastime. Together, they perfected recipes for homemade pasta and arancini, braised grilled octopus, deep dish pizzas and spiedini. The dishes made them exceedingly popular among family and friends who liberally encouraged them to share their talents with the world.

Micheli says they never really took people seriously until he was downsized from his corporate job a couple of years ago.

"I’d taken on some contract work in the financial sector," he says. "But I was seriously thinking about what I wanted to do next. We knew we didn’t have the experience to open a restaurant, but the idea of making a living with food was really appealing."

"We hadn’t spent a lot of time really planning," he says. "But when I found a truck online for a really great price and showed it to Anna, she agreed that we should go for it." 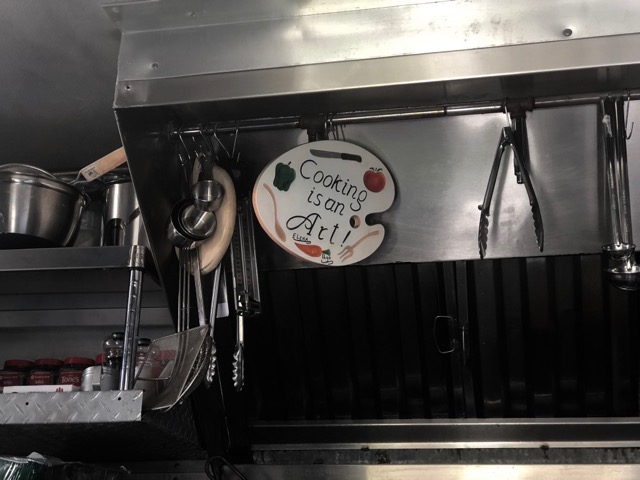 The rehabbed truck sports an efficient kitchen that’s doppled with with personal touches. Take the painters’ palette which hangs in the truck’s kitchen and forms the basis for Amore de la Cucina's logo, for instance. It belonged to Rondinelli’s parents, and if you look closely, you’ll see their names (Elena and Ugo) written in script along the bottom of the board.

In the front of the truck, Rondinelli displays a small olive tree and her "lucky" espresso pot, a single serve unit that belonged to her father.

"They’re always with me," she says as she straightens the olive tree on the dash. "Especially when I’m cooking." 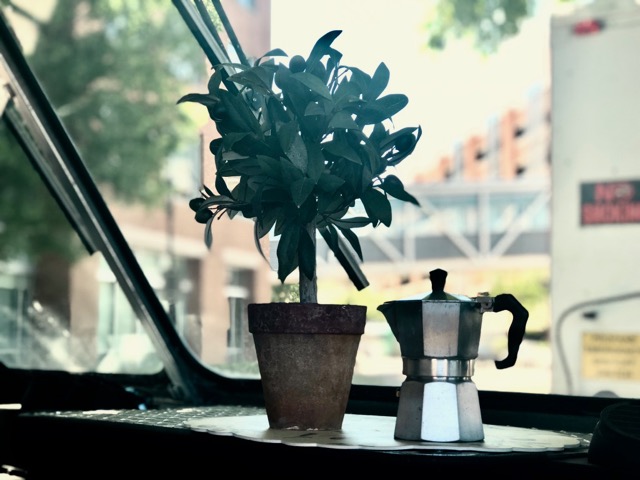 When it comes to the food, Micheli handles the baking, which includes housemade ciabatta and Italian rolls for the truck’s sandwiches.

"When we started designing the menu, I was looking for bread to serve with the sandwiches," he says. "For the Italian beef, I wanted something with a nice chew and texture that would hold up to the juices. And for the meatball sandwich, I didn’t want anything that was too fluffy. So, I just started baking. I went through quite a number of recipes. At one point, my whole freezer was filled with rolls that I’d made, trying to perfect the breads we wanted to use." 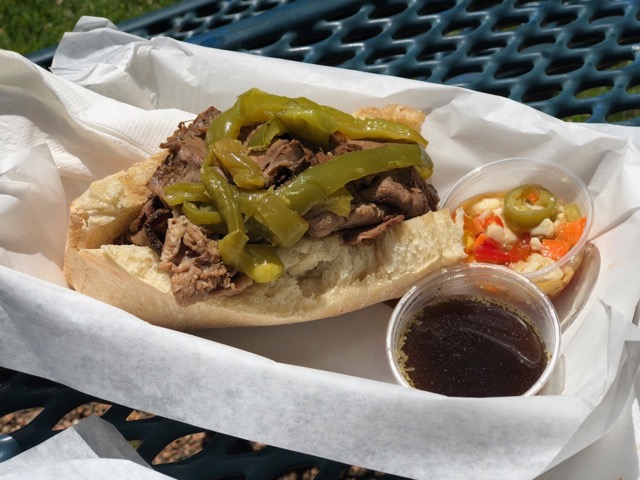 He’s also the master of the Italian beef sandwich, which is made with braised top round that’s been thinly sliced and marinated in a seasoned au jus. It’s served on ciabatta with sauteed green peppers, side of au jus and the guest’s choice of mild or hot housemade giardiniera ($9). 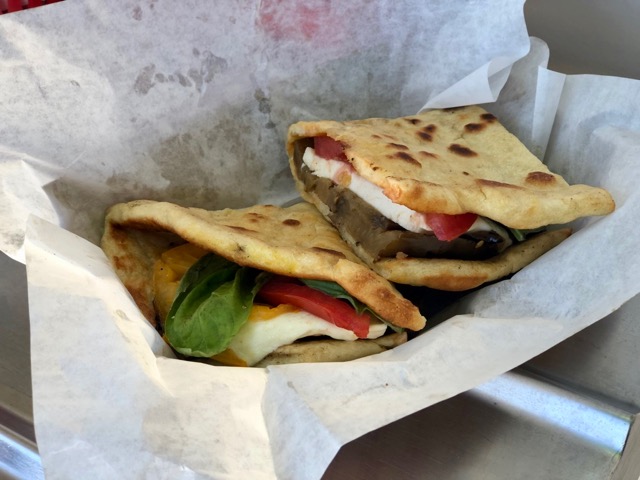 Sides include fried calamari, served on a bed of arugula with hot sweet cherry peppers and lemon wedges ($10) along with deep fried mozzarella sticks which can be ordered plain (two for $4) or stuffed with basil or spinach for $1 more; each are served with housemade marinara. 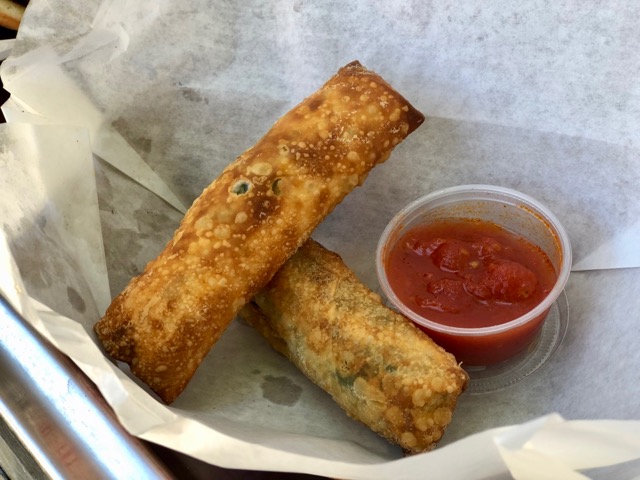 As the summer rolls along, Amore de la Cucina will also roll out occasional specials including options like Italian sausages served with onions and peppers, housemade arancini, soups and spiedini.

Micheli says they will be easing into the market this year, but are hoping to go full time with the truck next summer. At that point, he says, they’d like to roll out a catering menu as well.

Currently, you can find the Amore de la Cucina truck at Schlitz Park on Tuesdays.  The truck will also be making an appearance on July 2 from 11 a.m. to 1 p.m. at the Meadowland Research and Technology Center at the Milwaukee County Research Park, 10437 W Innovation Dr.

You can also keep an eye on the Facebook page for additional updates.

Does your food truck sell the best tacos in the area? We want YOU for Taco Fest