Asian Fusion preps for grand opening on East Side

We preview Asian Fusion, a new restaurant specializing in authentic Chinese and fusion dishes, opened quietly at the end of November and is currently finalizing its menu for a grand opening on Jan. 9.

The restaurant, which is currently in the process of finalizing its menu in preparation for a grand opening on Jan. 9, is a jointly owned venture that brings together the expertise of two restaurateurs from Fuzhou, China: Paul Chen, owner of Chen’s Bistro in Kenosha, and Alan Huang of King’s Wok in Racine.

The menu was created by Chen and emphasizes traditional Chinese dishes along with flavorful variations fusing traditional ingredients from countries like Thailand and Korea.

"A lot of UWM students come from Beijing and Shanghai," says Dayna Rodriguez, general manager of Asian Fusion, "And we wanted to cater to their needs, as well as others in Milwaukee. Our soft opening has really helped us to focus in on dishes that will please everyone." 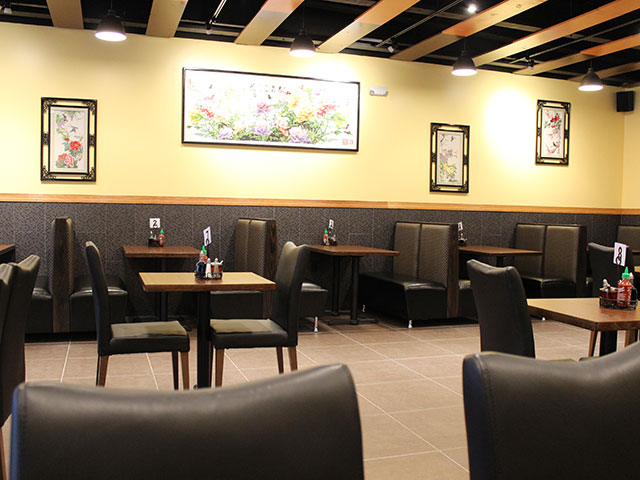 Among dishes on the starter portion of the menu are scallion pancakes ($6.95), which I tried on my visit, finding them tender and flavorful on the inside and crisp on the outside. "They are a bit like Asian pizza," says Rodriguez. 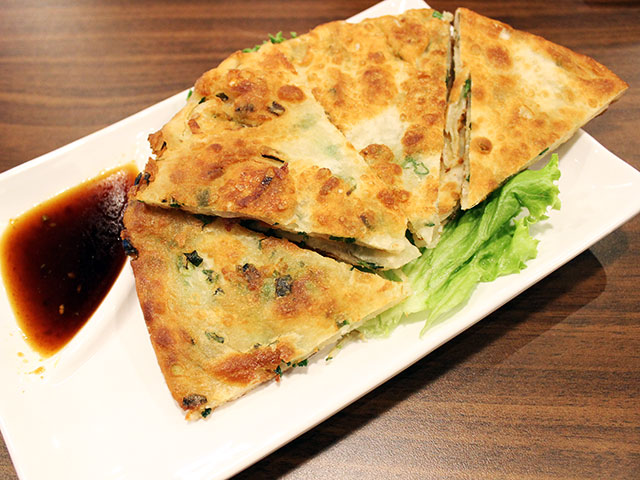 I also sampled the tasty grilled squid ($6.95), which is rubbed with spices, including cumin and mala pepper (a seed commonly known as Chinese coriander or Szechuan pepper) and cooked on a hibachi style grill. 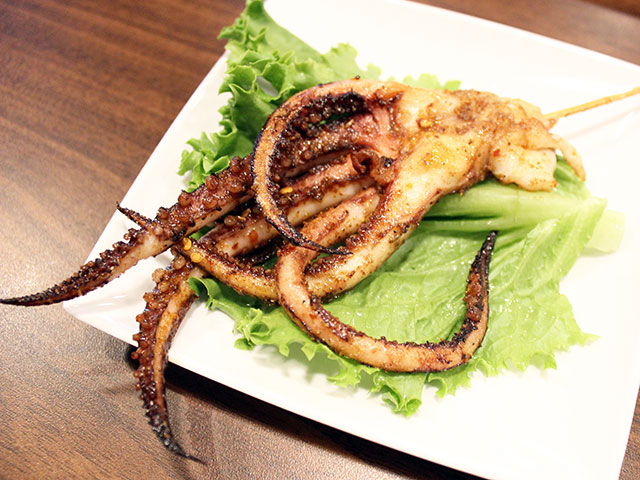 Meanwhile, Korean potstickers ($6.95) are rectangular in shape and filled with a well-seasoned mix of chicken, beef and Asian rice noodles with a housemade ginger dipping sauce. 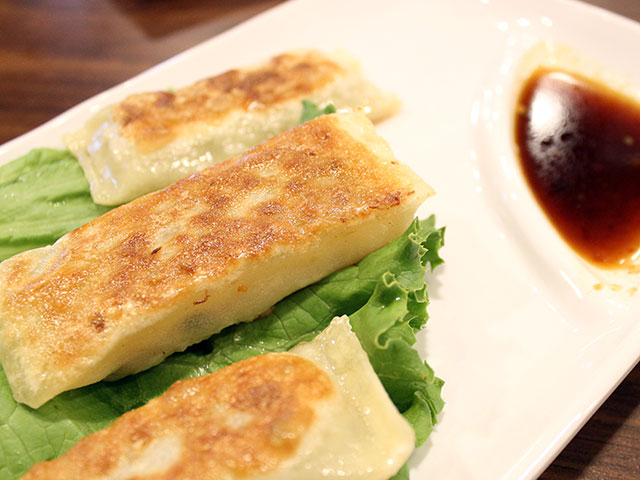 "Authentic Chinese food has so many complex flavors – including sweet, salty and spicy componants," she notes. "And it’s very different from the Americanized dishes, which are usually mostly sweet or mostly salty."

She says that, as a result, the restaurant has full equipped its front end staff to be able to describe the flavors and ingredients of each dish, making even the most authentic dishes accessible to American diners.

The menu includes a long list of soups, including a braised beef noodle soup, which originates in Beijing, and a curry beef brisket noodle soup that’s made Thai-style with coconut milk and red curry.

"All of our soups are made with housemade beef bone stock," says Rodriguez. "And we can also accommodate vegetarian diners with mushroom stock based soups."

Entrees include a stellar Fujian dish called Mala crawfish featuring whole crawfish braised in a spicy broth made from ginger, garlic, scallions and mala pepper. Each bit of the crawfish (which I'd encourage you to dip into the sauce after peeling) contains a mouthful of flavor with just a bit of floral bite from the mala pepper. 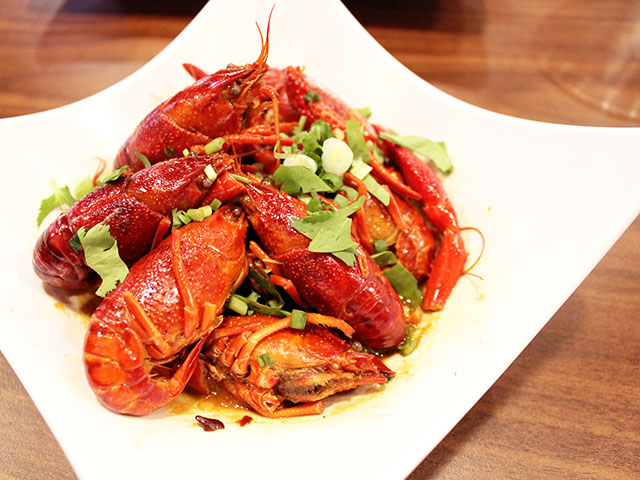 A vegetarian version is similarly flavored but features okra, an item rarely seen on Asian menus. Other vegetarian options include sauteed Chinese greens with mushrooms, sauteed lettuce with garlic and oyster sauce and vegetarian fried rice.

"There are also some dishes that are made to ease Americans into more traditional Chinese fare," says Rodriguez, noting the cumin lamb, which is lamb that’s dry rubbed with cumin and mala pepper and fried with onions and green peppers.

Similarly, Hawaiii beef shortribs are cooked with a sweet teryaki and black pepper sauce – fusing traditional flavors with the sweetness that many have come to expect from Americanized Chinese fare.

Rodriguez says that, moving forward, the restaurant will be adding a number of dishes to the menu, including American-Chinese dishes like General Tso’s chicken and sesame chicken, along with traditional options like a fish bone marrow soup with Chinese style pickled vegetables, scallions and cilantro and Ganguo, a "dry" hot pot featuring lamb or pork with vegetables, onions and cilantro.

"The dry hot pot," she explains, "has less broth than a traditional hot pot, and it comes already composed and served over a sterno to keep the pot hot." 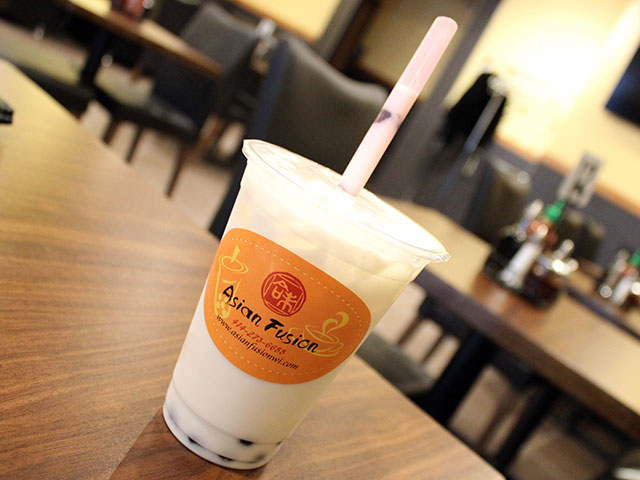 "Bubble tea started in Taiwan," says Rodriguez, who has traveled to China and is currently learning the language through coursework at UWM. "And it’s not called bubble tea because of the tapioca pearls. It’s because – when it’s shaken, the milk creates bubbles that the Chinese call ‘paomo’ or foam."

A lounge-like area just inside the entrance (complete with free Wi-Fi) will accommodate individuals who’d just like to relax and enjoy a glass of tea. 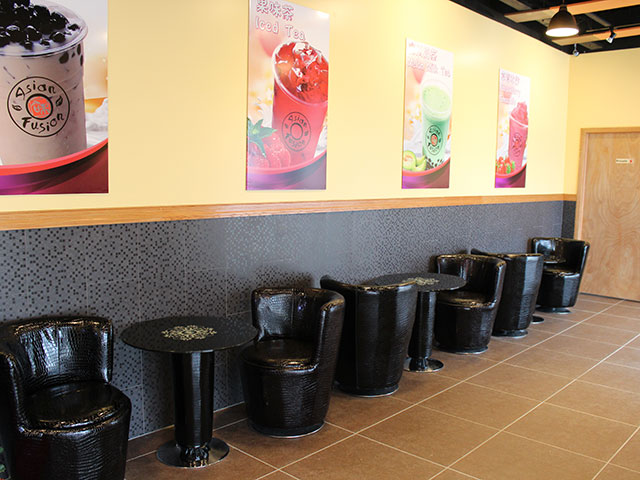 Asian Fusion’s grand opening celebration will take place on Saturday, Jan. 9. The restaurant will open to the public for the event at 2 p.m. and will offer 25 percent off all dishes on the menu.