Nearly four years ago, the elder of the siblings, at 401 W. Michigan St., was transformed into residential units as The Buckler. Now, developer Scott Lurie's F Street Group is buying the 1978 companion structure at 501 W. Michigan St. in the booming Westown neighborhood.

(NOTE: This project did not materialize and the building is now being converted into corporate offices for Milwaukee Tool.)

For decades, a pair of buildings on the corners of 4th and 5th and Michigan, housed offices for thousands of workers at Blue Cross/Blue Shield and later, Time Insurance and its descendants, Fortis and Assurant.

Nearly four years ago, the elder of the siblings, at 401 W. Michigan St., was transformed into residential units as The Buckler. Now, developer Scott Lurie’s F Street Group is buying the 1978 companion structure at 501 W. Michigan St. in the booming Westown neighborhood.

Currently, the five-story addition to the 1973 11-story building across the street – designed by Brust Zimmermann – houses only about 30 Assurant employees.

"Globally, our plan is to lease the building to an office tenant or tenants," says Lurie. "we believe the highest and best use still maintain itself as office. It is our intention to leave that space as office space."

Lurie also plans to take advantage of the fact that the building was engineered for vertical expansion. 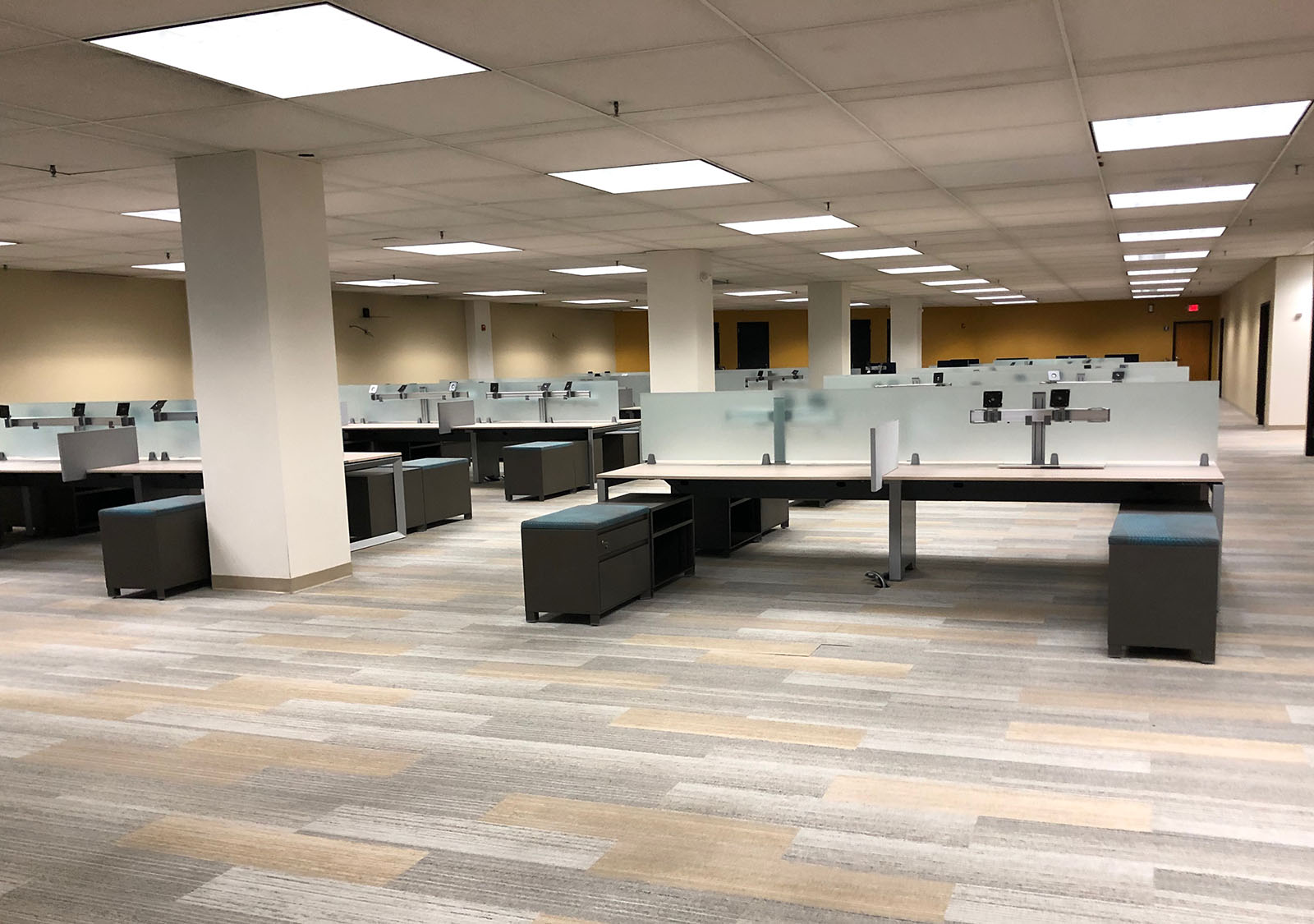 "Then we are looking at adding a hotel to the roof," he says. "Without having to do anything, we could add three floors and that's probably what we would do.

"That would be 180,000 square feet of hotel, hospitality, rooftop bar, rooftop entertainment, that type of thing. A limited service hotel is probably what we're contemplating at this point." 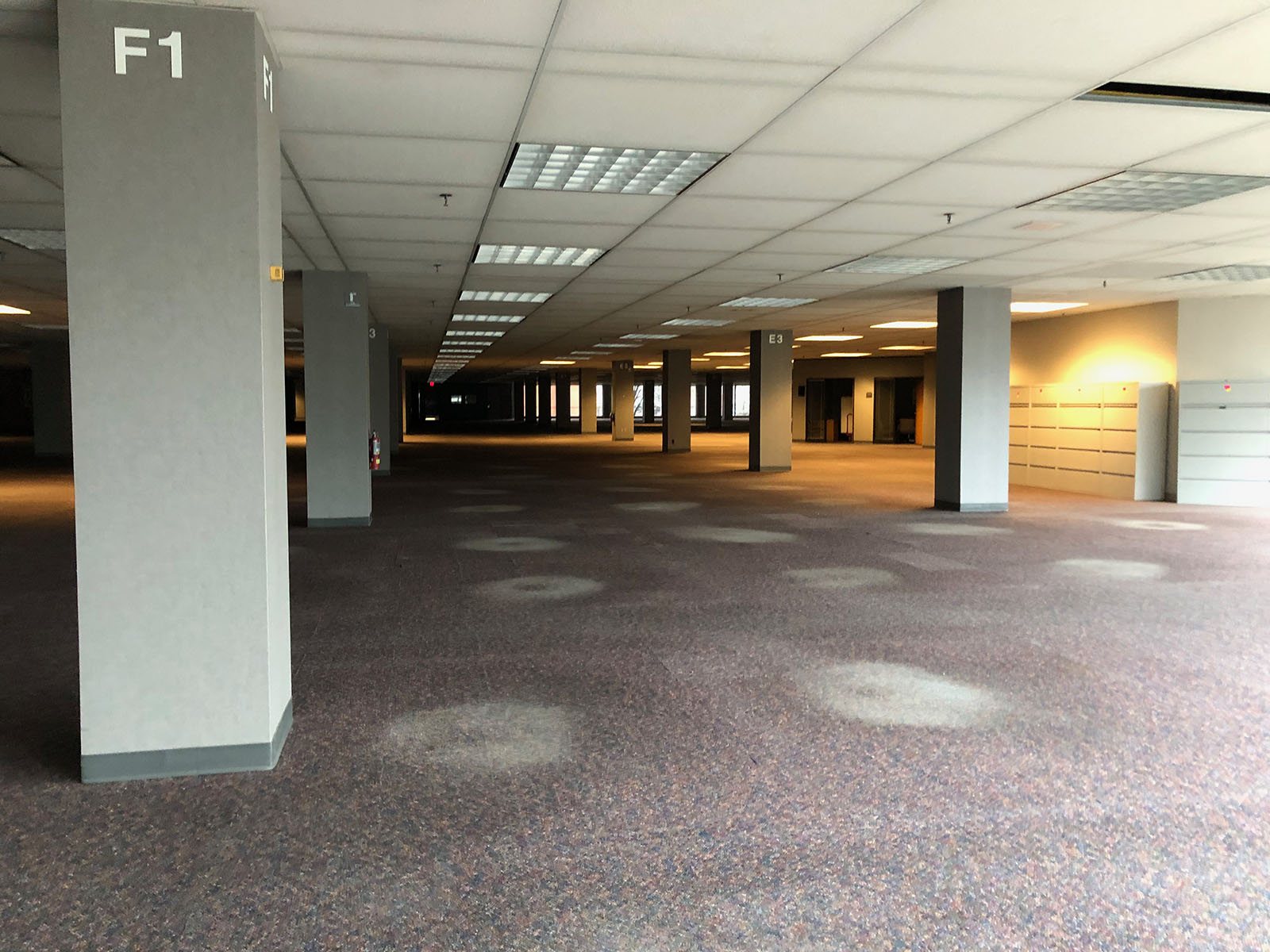 Part of the engineering for expansion means that there are four shafts that are passenger-elevator-ready and a shaft for a second freight elevator, too.

Lurie is working with Rinka (architects) to rebrand the 370,000-square foot building by potentially redoing the facade, so it’s possible the exterior could soon look quite different.

"We need a little bit more time, but it will not look like it currently looks," Lurie says. 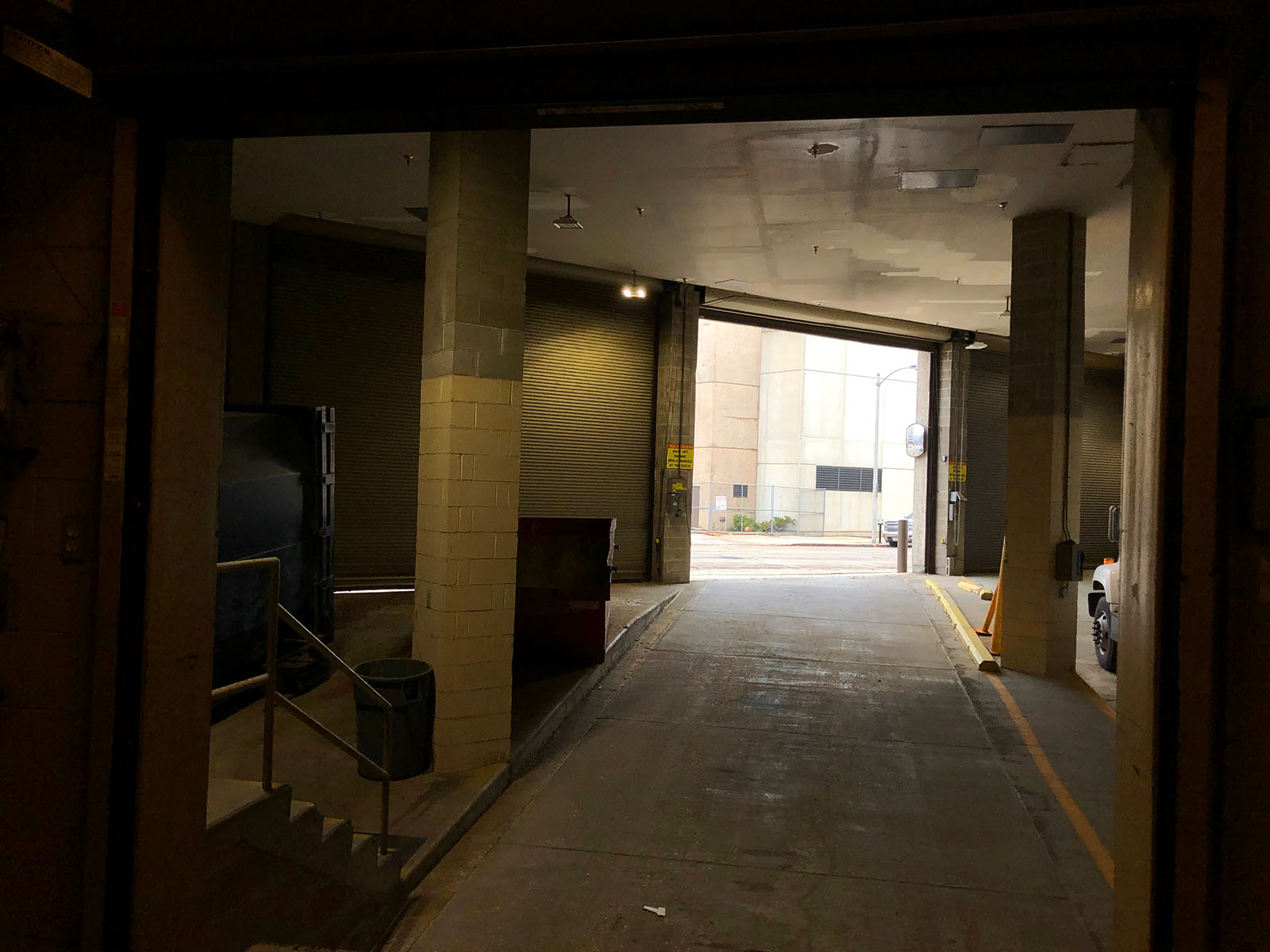 The building also has a large, connected parking garage with 807 spots – 30 are heated – as well as three full-size truck wells and a 40,000-square foot basement. A tunnel that used to connect the building with the Buckler building has been sealed off and part of it reconfigured as access to the Buckler basement.

Out front there is a large plaza that is partially covered. 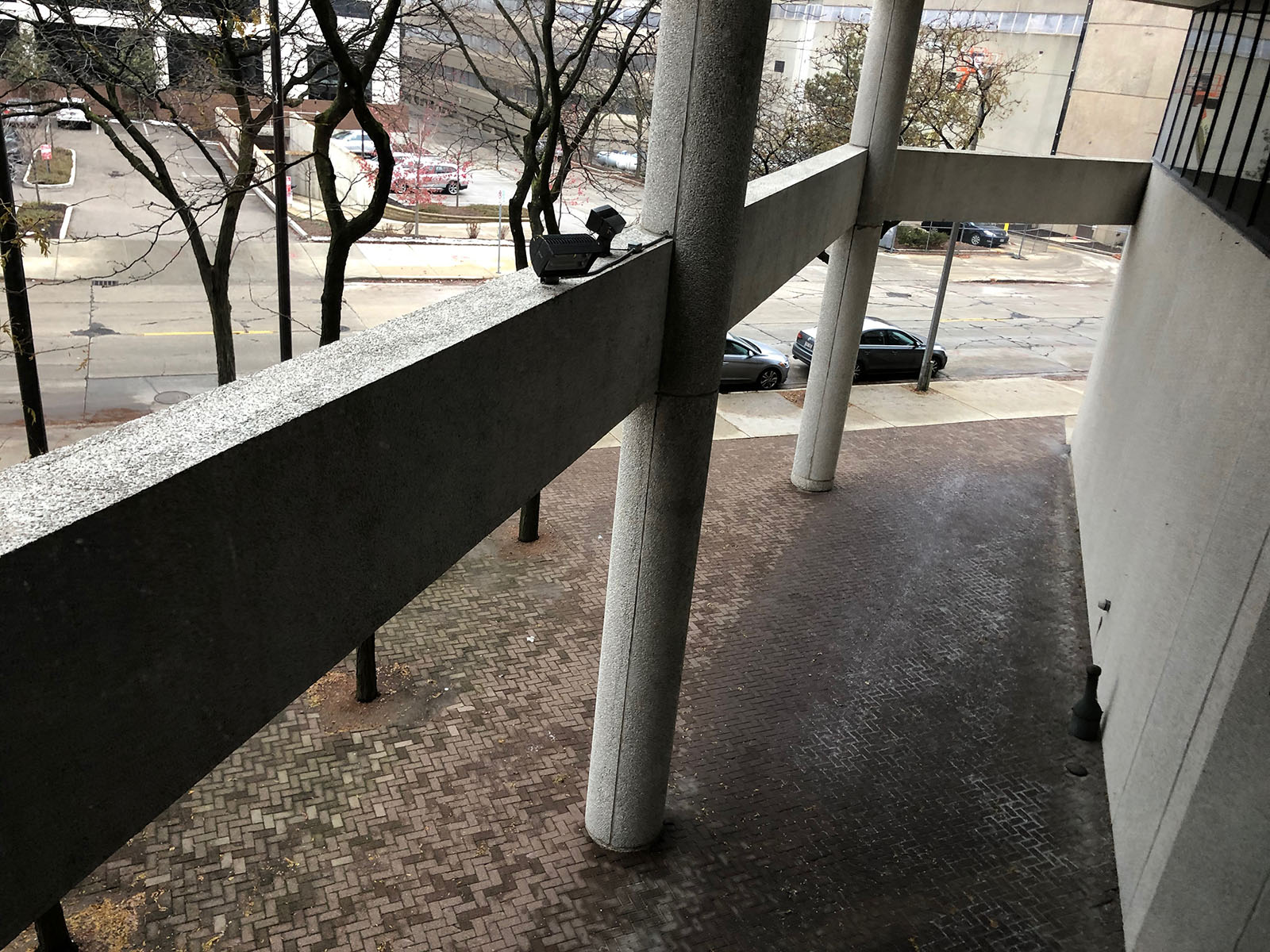 Thanks to its location, the building has a high profile. 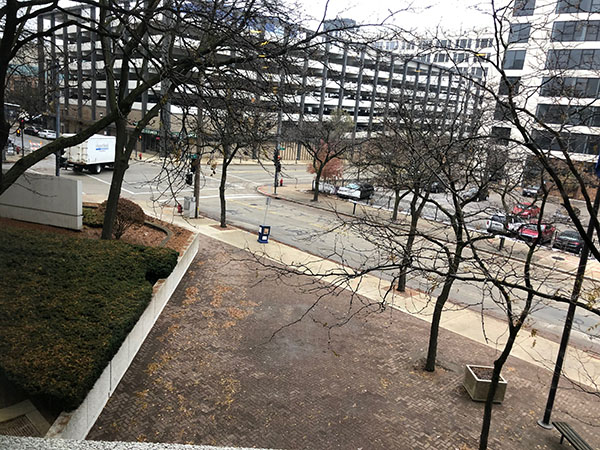 "Marquette is right there, and Amtrak's right there," says real estate broke Patricia Algiers of Chemistry In Place, as we look out a fifth-floor window. "And then the convention center is there, there's WE Energy, there's the Buckler Building, there's the Hilton, the streetcars will be running right by here, bus rapid transit will be a block away ... 130,000 cars see this building a day from the freeway and there’s space for (exterior) signage."

Inside, the building is in good shape, because it’s been maintained well by Assurant, says Algiers.

"It doesn't need that much," says Lurie, who expects to close on the deal – which includes the interior furnishings, as well as a big Beastie sculpture, on Dec. 20. "The building is in extremely good condition, despite the carpet maybe being 1980s. 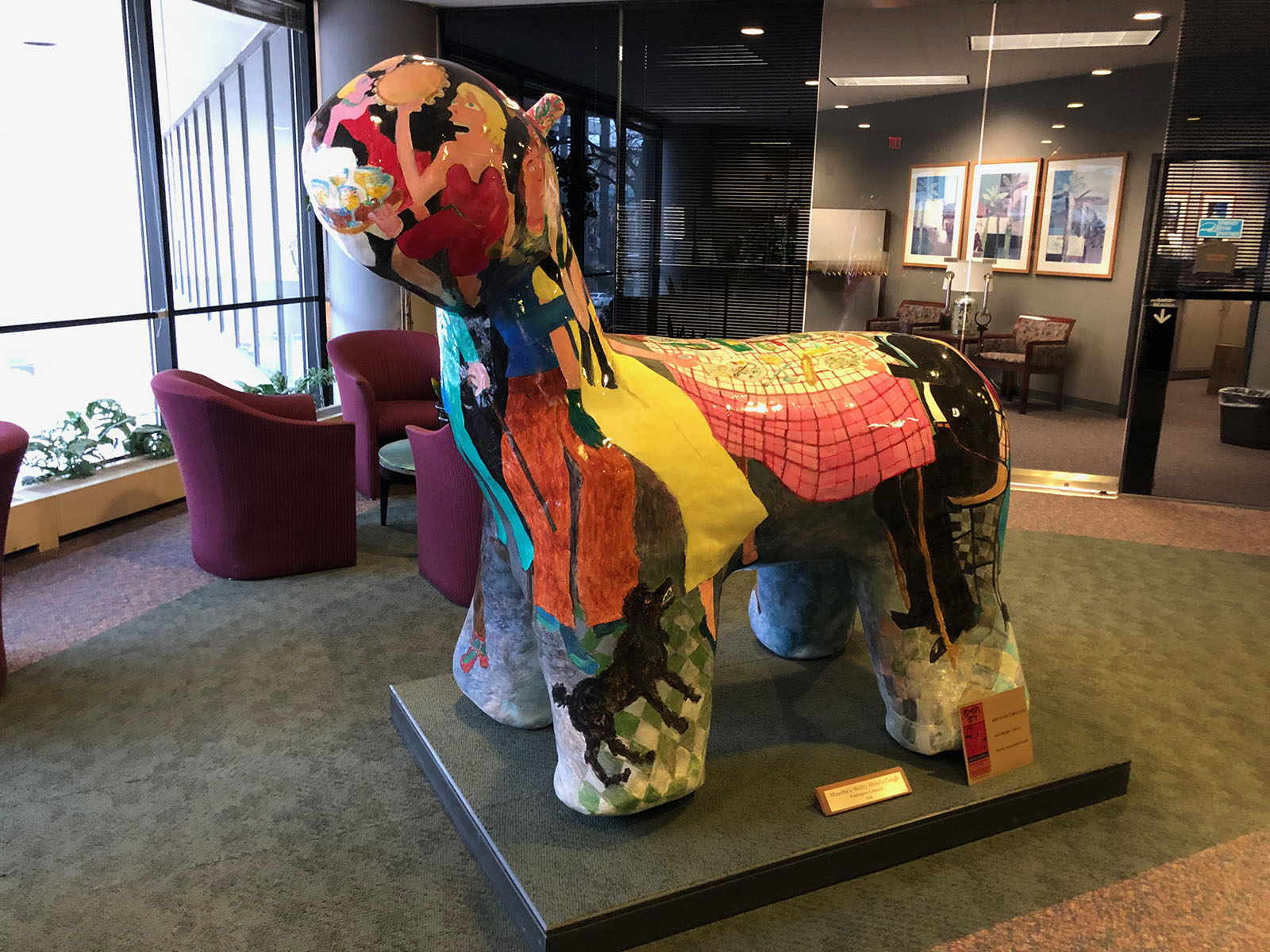 "Cosmetically there is certainly an opportunity for improvement, although it doesn't need to be gutted in the sense that the building's falling apart. The building happens to be an excellent condition." 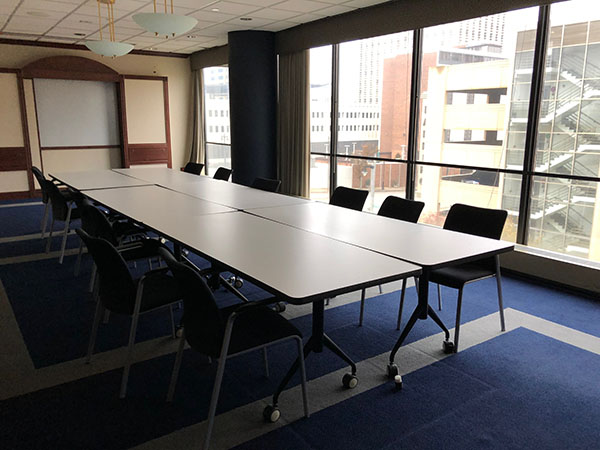 There former executive suite is on the top floor, but most of the remaining floors have wide-open floor plates, offering flexibility and the option for large employers to have open offices, which are currently popular, says Algiers.

There is a large employee cafeteria and adjacent kitchen that are both fully equipped. 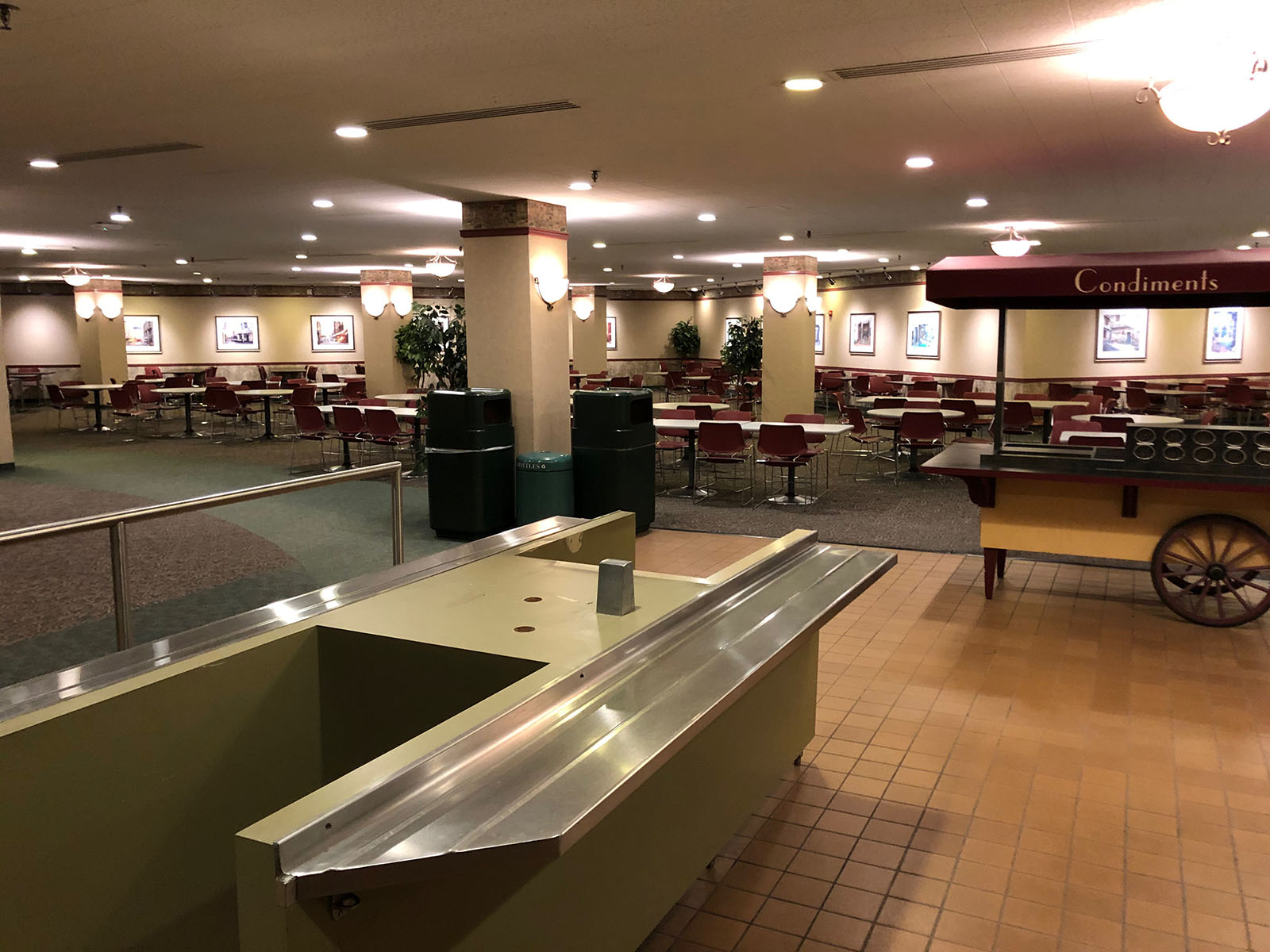 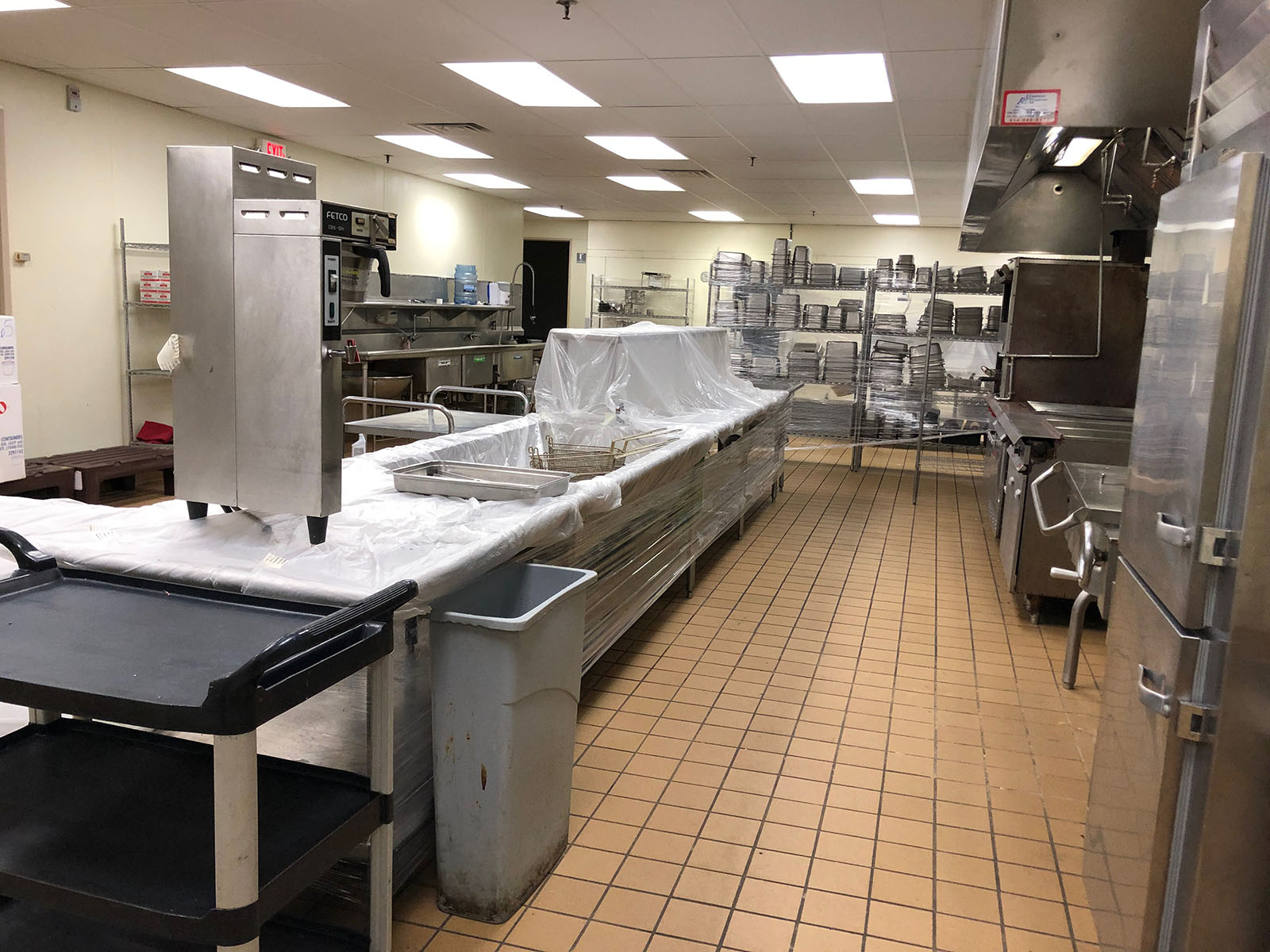 "A large employer might find tremendous value in that," says Lurie.

And a large employer is exactly what the developer hopes to secure for the building.

"It would be ideal for us to bring an out-of-state user to Milwaukee so we could get some new jobs here," he says. "That's my selfish goal, but we're open to anything. We need to spur up, we need a catalyst, right?

"This building can hold 2,000 employees, that's how many were in it at one point. Two thousand employees would be really good for Milwaukee, if they're new employees."

With that goal in mind, Lurie expects to start moving as soon as possible.

"We have the full team engaged already at this point," he says, "so we're trying to move forward. We're obviously working to see if any temporary office is needed for the DNC, and then we're moving past that to find sustainable tenants."